Federal Airports Authority of Nigeria (FAAN) has reacted to news making rounds on social media regarding the ban of Uber and Bolt riders from operating within the premises of the airport.

According to an eyewitness report on Twitter, FAAN has banned all operations of the Uber and Bolt cabs from the airport. He shared a signpost which indicated that the Airport authority truly banned the rider apps.

@FAAN_Official has issued a directive via this billboard to state that @UberNigeria @Boltapp_ng amongst others are not allowed to pick up passengers from the airport. The fine for this ranges from 10,000 naira. Please be aware.

This news sparked outrage from the app users who felt it was wrong for FAAN to stop people’s means of livelihood.

ALSO READ: Mompha Deletes All His Posts On Instagram Shortly After Bail

However, the airport authority has denied placing a ban on the rider app drivers via their official Twitter handle. @FAAN_official

The message did not originate from FAAN. Uber and taxify are free to drop passengers at our airports. 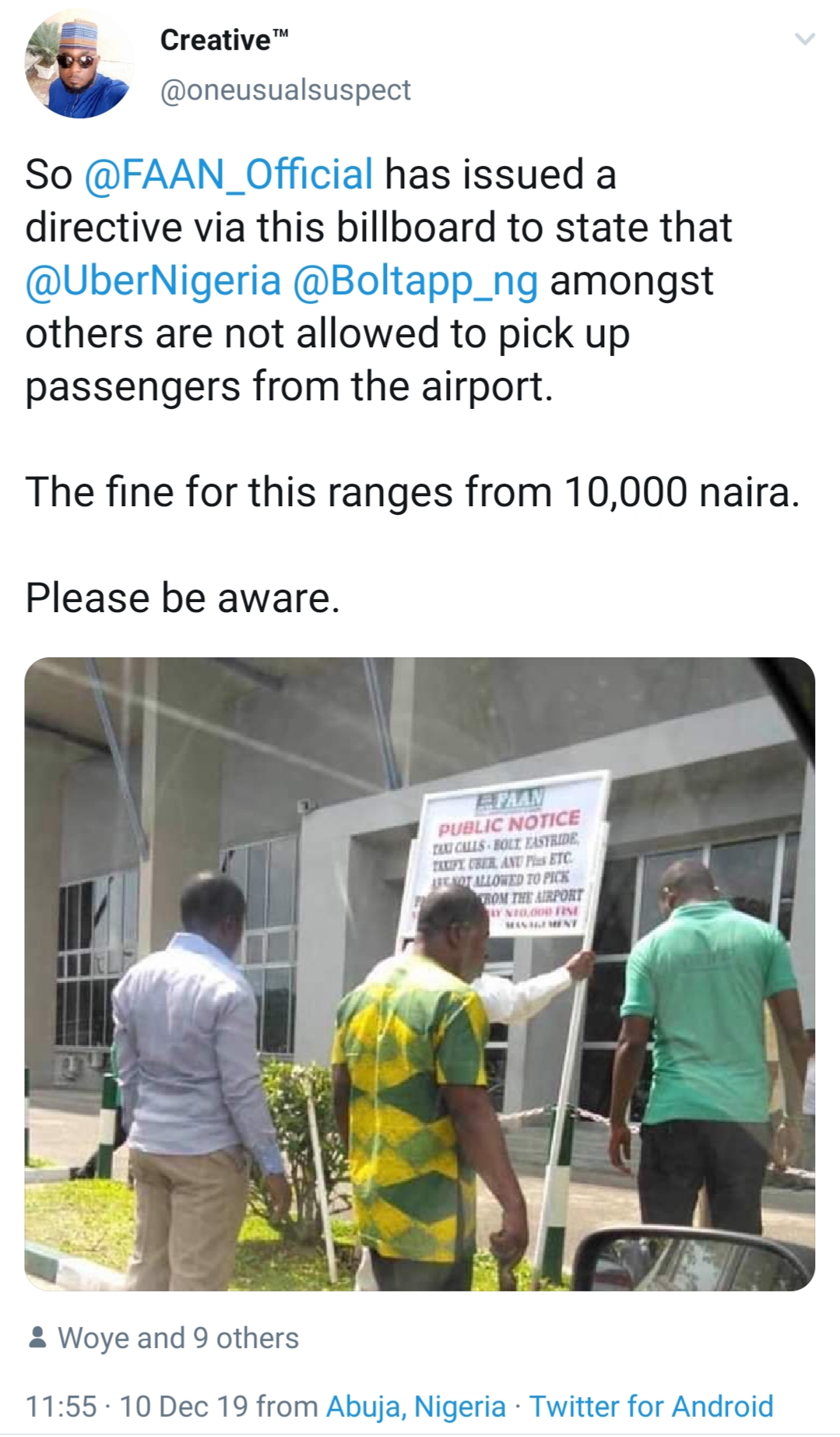 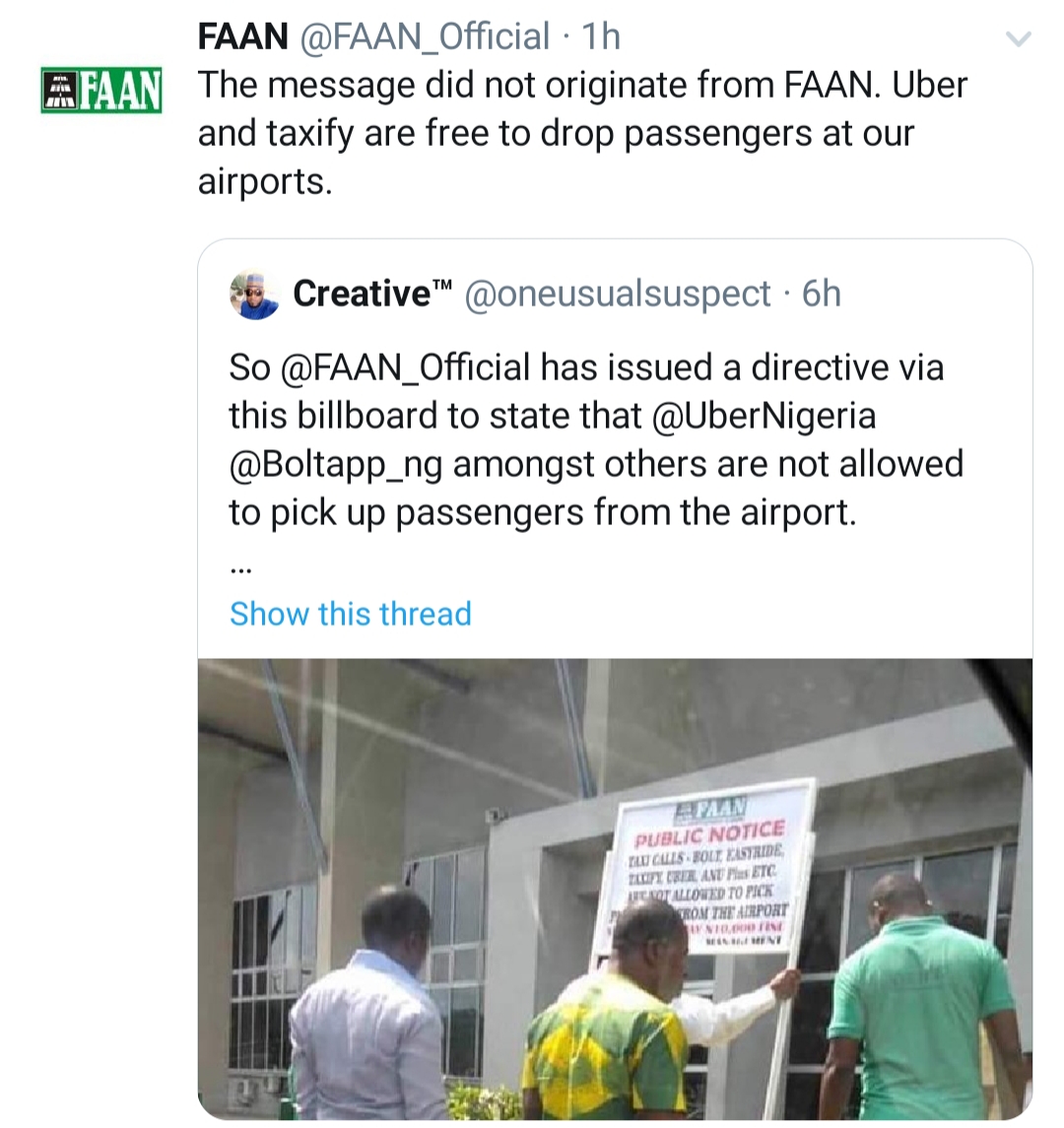 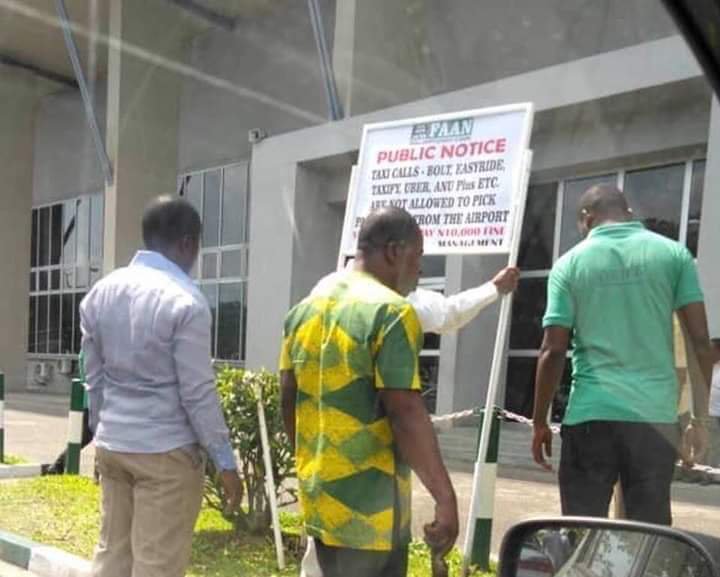 We were wrong, Osinbajo chose not to attend – Wole Soyinka Centre

JUST IN: Bandits kidnap fresh set of students in Kaduna

Only an unreasonable govt will keep Pantami in office – Wike