DaBaby was leading the nominations list this year in the BET Hip Hop Awards. However, the outcome took a different turn because he was completely ignored.

BET’s annual celebration of hip-hop went down pandemic-style on Tuesday evening and it featured a series of performances and awards. Speaking of DaBaby though, the rapper didn’t receive any of the 12 awards he was nominated for.

The South Coast Music Group artist’s reaction to his snub was a gracious one. Yesterday, The Shade Room shared a tweet about DaBaby not receiving any awards yesterday, which reads, “DaBaby was the most nominated artist of the night at the 2020 BET #HipHopAwards yet he lost all twelve nominations.”

Responding to this, the rhymer, who recently proclaimed that he has top five flows in the rap game, said, “Ion think Baby trippin 😊 @bet love Baby, congrats to the winners. #WellDeserved 🏆.” 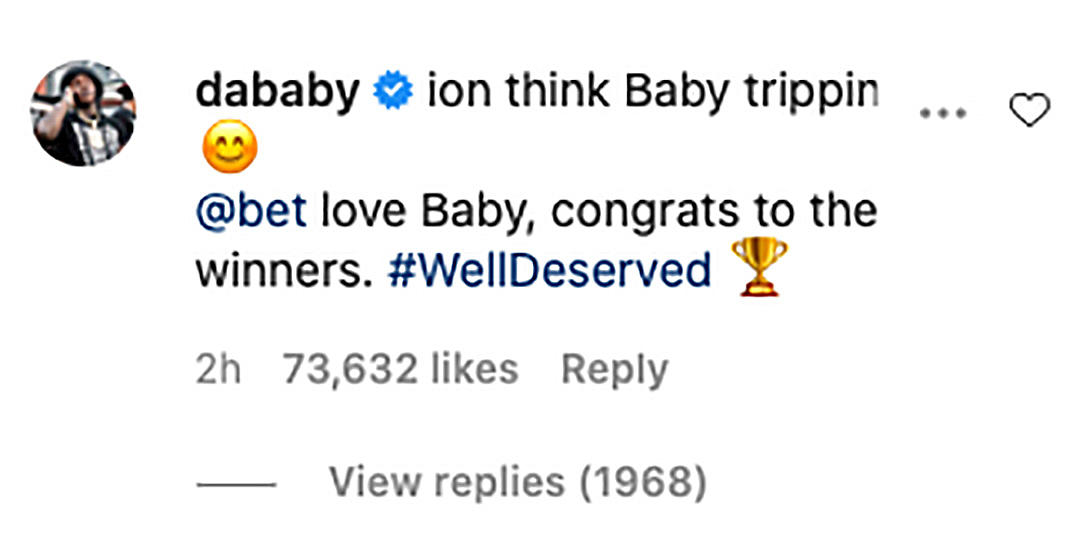 However, some lovers of the rapper on social media expressed frustration on the 28-year-old artist’s behalf.

A second Twitter user wrote, “Dababy got played. he should’ve won something at the BET Hip Hop Awards.”

dababy got played. he should've won something at the BET Hip Hop Awards.

DaBaby was nominated for 12 Bet awards and lost all? The most nominations that seems wild to not take one away.

Dababy after seeing he won 0 bet awards even though he got 12 nominations: pic.twitter.com/LMyNrH8Qm7

@DaBabyDaBaby how did he not win any @BET awards ! He took this year by storm !

READ ALSO: “Nigeria has not been fair to Igbo in all ramifications” – Northern elders

8 Benefits of getting dedicated cloud hosting for your website