According to reports, tension has risen in Enugu as herdsmen, the faction being blamed for the gruesome killings that took place in Enugu a while ago, were in the University of Nigeria reportedly looking for grass for their cows to graze.

They were spotted near the perimeter fence housing the Fidelity Bank PLC, UNN Branch and also near the desuetude Miriam Babangida Auditorium.

The Fulani herdsmen were quickly advised to take their cows off the campus.

There have been calls by some prominent individuals for the fulani Herdsmen to stop being victimized and given a bad name as a lot of them really were just herdsmen who wanted their cows to graze. 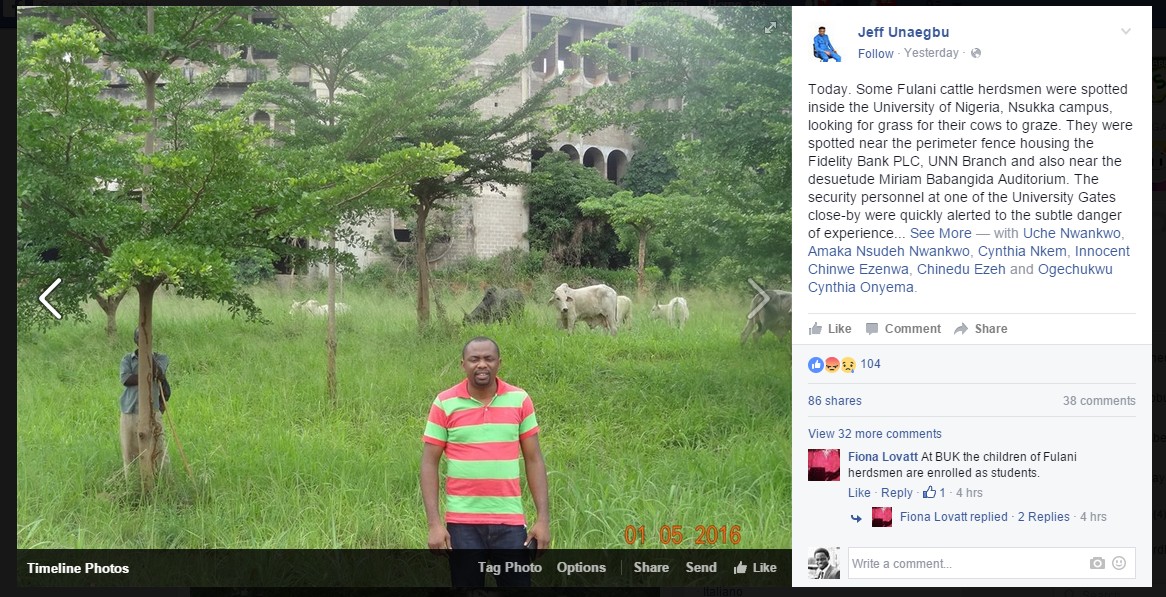 How I Got The Exclusive Interview With Tiwa Savage – Azuka Ogujiuba