“Finding Dory” is the year’s highest-grossing domestic release with $485 million. It is a sequel to 2003’s “Finding Nemo,” which brought back original cast members, Ellen DeGeneres and Albert Brooks, and earned strong critical reviews.

It follows Dory, a Pacific blue tang with short-term memory loss, as she tries to reunite with her family. 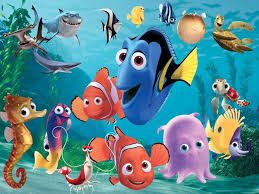 According to Vanity, the film is Pixar’s second billion-dollar grossing release, joining “Toy Story 3,” and the twelfth Walt Disney release to hit that mark.

It is also the fourth film by Disney to reach that milestone in the past twelve months, joining “Captain America: Civil War”, “Star Wars: The Force Awakens” and “Zootopia”. “The Jungle Book” fell just short, earning $966.2 million globally.

Disney is raking in large returns as the company owns Marvel and Lucas Film, in addition to Pixar, giving it the rights to popular franchises such as “Star Wars” and “The Avengers”.