Many were left shocked when it was reported that former Manchester United boss Sir Alex Ferguson was rushed to the hospital for an emergency surgery for a brain haemorrhage.

The former gaffer was last seen at Old Trafford when Manchester United clashed with Arsenal where he even presented Arsene Wenger with a trophy.

A short statement by Manchester United said:  “Sir Alex Ferguson has undergone emergency surgery today for a brain haemorrhage. The procedure has gone very well but he needs a period of intensive care to optimise his recovery. His family request privacy in this matter.”

The football world has responded with an outpouring of support and devastation of the news.

Here are some of the reactions

Carlo Ancelotti- Impatiently waiting for positive news. Thinking of you my dear friend. 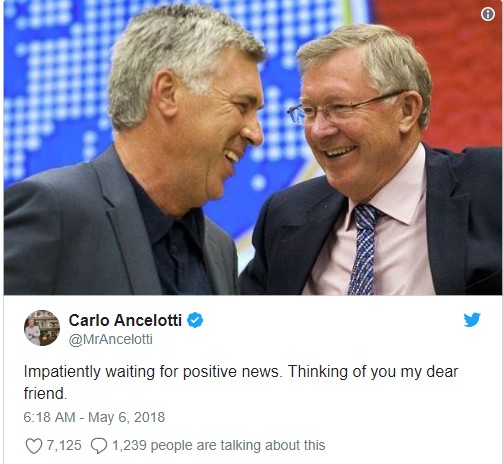 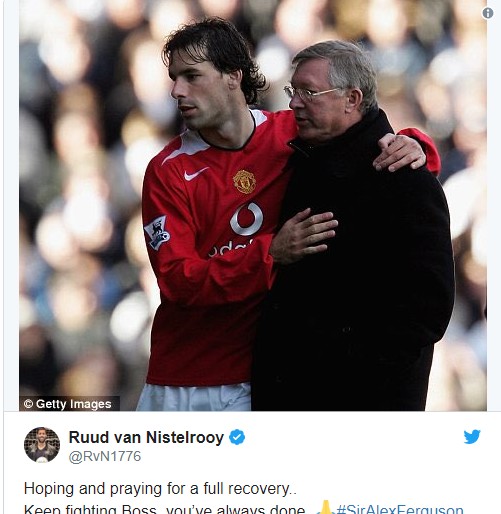 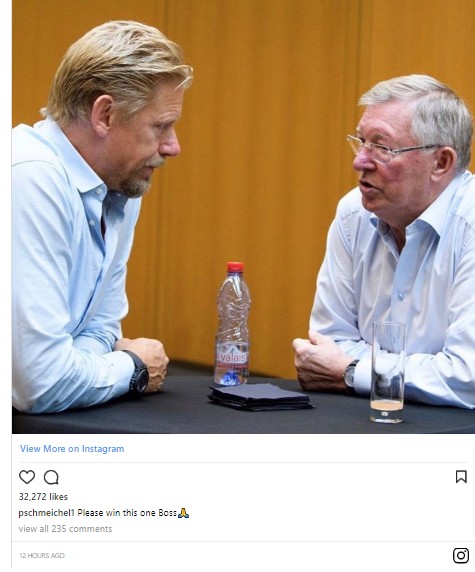 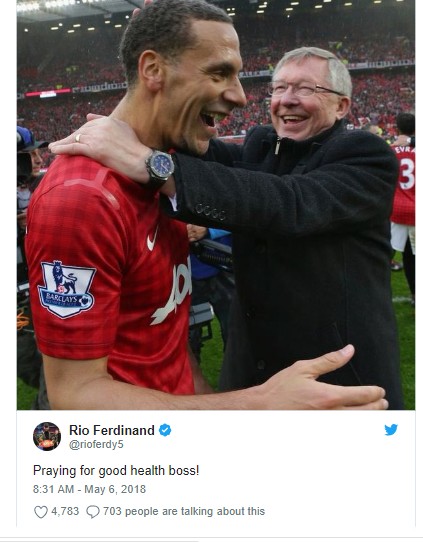 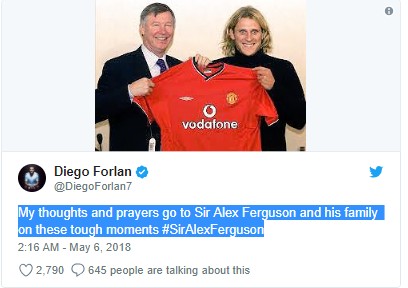 A great rival but also a great friend who supported this club during its most difficult time, it is hoped that Sir Alex will make a full recovery.

In the meantime, the club will offer its full support to Manchester United and also his family.

Arsene Wenger- I am concerned and I’m thinking about him and his family. I trust his strength and his strong character will get him well very quickly. 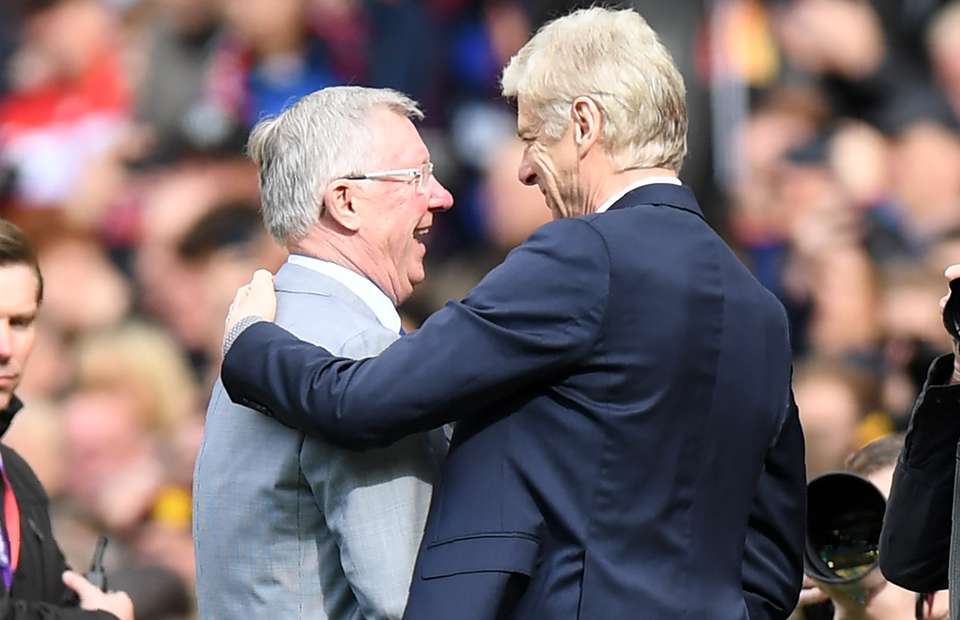