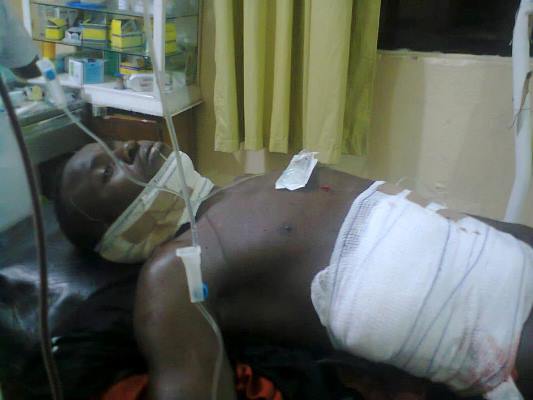 The plight of residents of Umuekwunne Irete in Imo State got worse yesterday Thursday August 8th 2013 as fulani cattle herdsmen opened fire on the community, injuring several young men. Worse off is Chibuzor Hezekiah Okorie (pictured above) who was shot in the stomach and also cut in the chest and leg with a machete. His brother was also attacked.

The Fulani cattle herdsmen encroach into the farms, using the crop to feed their cattle. This has always been the case in most communities in Imo State. Almost on a daily basis cattle storm farm lands and destroys crops cultivated by the people. And when some youths in the community confronted the cattle herdsmen around 3pm yesterday, they almost didn’t live to tell their story.

The Fulanis carry AK47 guns and machetes and this was what they used on the men yesterday.

The communities said they have reported the happening to the government on several occasions, but nothing has been done so far. 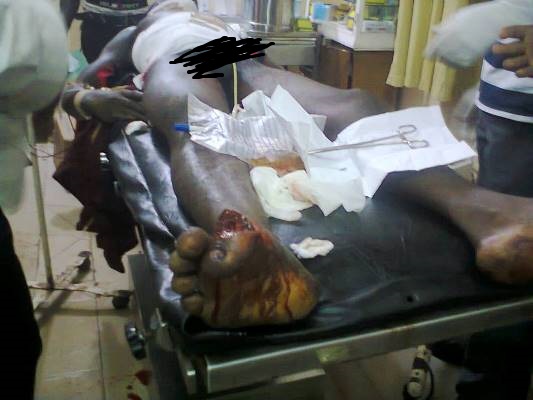 Trial of Kolawole Erinle, accused of defrauding US varsity of $1.4m, stalled