Ghanaian government has held a funeral ceremony for the untimely demise of  African American, George Floyd who was died shortly after a white Police officer kneeled on him for about 9 minutes in Minneapolis last week 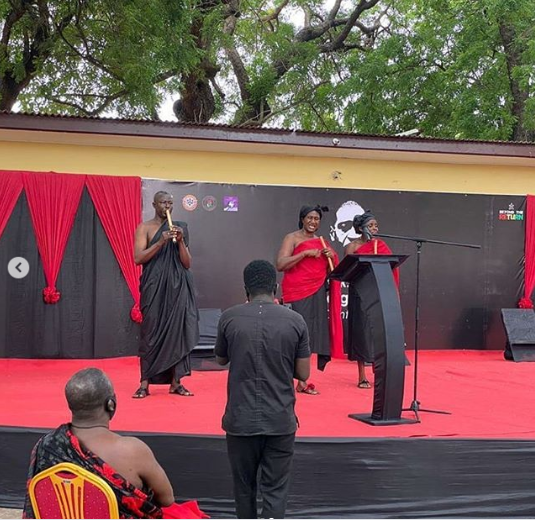 Floyd’s death has sparked global outrage as countries like UK, New Zealand, Nigeria took to the streets to protest the injustice meted out to the black community.

Ghana has joined the world to mourn George Floyd and condemn Police brutality as they held a funeral service to honour his memory.

The funeral which held at Dubois center on Friday morning was organized by Ministry of Tourism Arts and Culture, Ghana Tourism Authority, Office of Diaspora Affairs (Office of the President),

Jerry John Rawlings, former Ghanaian President attended the ceremony alongside other dignitaries. Rawliings delivered an emotional tribute to the deceased. 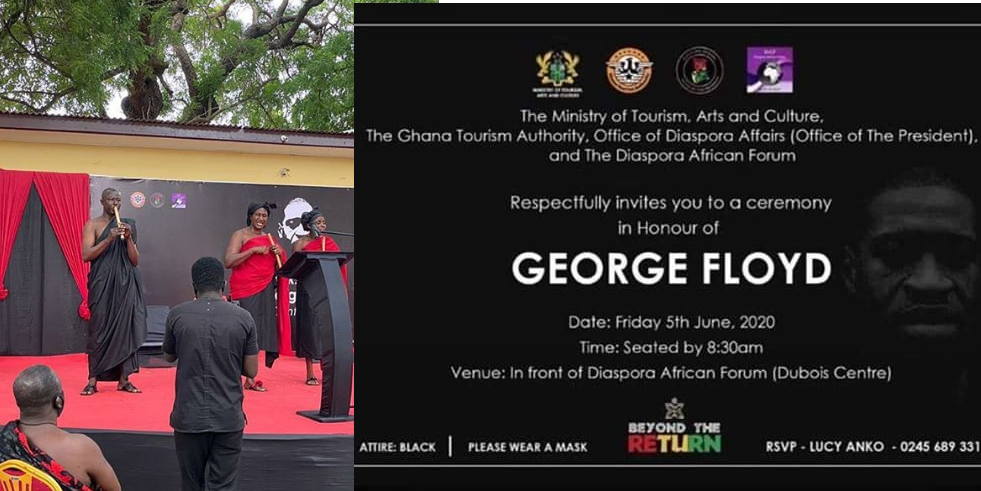