`Ban lifted, I am still ready to work`-Handball coach

Fidelis Obi, the former coach of the Nigeria Handball National Junior team on Saturday said he was still ready to work for the Handball Federation of Nigeria (HFN).

Obi, who faced a year ban from the disciplinary committee of the Handball Federation of Nigeria (HFN) told the News Agency of Nigeria (NAN) that the ban was lifted in November 2019.
NAN reports that Obi, Head Coach of Niger United Handball Team, was banned alongside three other players for acts of indiscipline during the 2018 National Sports Festival held in December in Abuja.

“Nothing can change my love for handball and my passion for coaching is still very much alive.

“I have served out the ban and I am available and ready to work with HFN.

“I am always concerned about the good performances of our national team at international competitions.

“So, that urge to make meaningful contributions can only be possible by working with the federation,” he said.

The coach who led Nigeria U-18 and U-20 male teams to lift the 2018 International Handball Federation (IFH) Africa Challenge Trophy held in Kigali, Rwanda, said that he was glad to be back.

He added that the embargo placed on them was lifted also in November 2019.

Adebayo said that he was impressed with the patience exercised by the coach and the players during the ban.

He said that they accepted the decisions of the disciplinary committee of HFN in good faith.

“The ban affected us because the affected players are good.

“This was why I made several attempts through letters to the federation to lift the ban but it gradually dragged on to one year.’’

According to him, the association was glad to have the players back in the team.

He said that their absence was felt in the 2019 Prudent Energy Handball League held in Abuja and Lagos respectively. 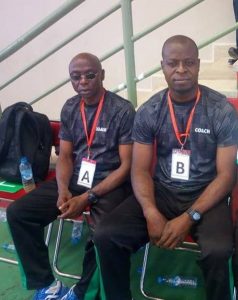 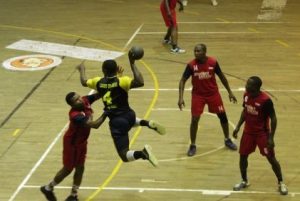