Nigeria, one of Africa’s leading economies, is known to have been plagued with a deficit of power supply, as over 60% of the average Nigerian population rely on generators as a stable source of electricity.

In an editorial published on Monday by, Bloomberg, a New-York based news firm, stated that

“Almost everyone depends on generators, including President Muhammadu Buhari. His office will spend 46 million naira fueling generators this year. In the country’s 2019 budget, there are 1,358 generator-related expenses.” 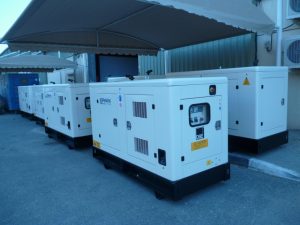 “The shortage of power is one of the biggest issues Buhari faces as he tries to reform a $400 billion economy that is too dependent on oil exports, has too many inefficient state-owned enterprises and is still struggling to recover from a slump in 2016.”

The editorial also disclosed the survey made by the NOI Polls, Nigeria’s leading polling agency, that households with considerable access to electricity only had an average of 9.2 hours supply daily for the first half of 2019.

This despicable plague also extends itself to Nigerian businesses, making it difficult for an average business owner to thrive or survive.

READ ALSO: Osinbajo faces N90 Billion Scandal, this is why Cabals are ejecting him

The editorial, while quoting the International Monetary Fund’s report on Nigeria, stated that “Lack of access to electricity and unreliable electricity supply are key constraints to doing business in Nigeria.”

Bloomberg profiled an average Nigerian entrepreneur, one  Kabir Sabo, a tailor based in the outskirts of Abuja. According to Bloomberg, Kabir spends an average of N3,000 ($8.30) a day in fuel which eats 75% of his N4,000 daily profit. 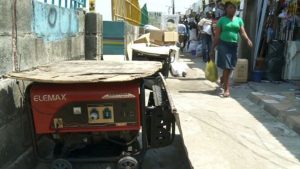 BREAKING: Oba of Oniru is dead