Nigerian singer, Duncan Mighty has revealed that Mitchel is not his biological daughter after carrying out a DNA test.

This comes a day after he accused his wife, Vivian of plotting with her family members to kill him and take over his properties.

According to the music star, his wife once confessed to him about how she and her family were in awe of his numerous properties and plotted to kill him to have control over them.

Now, I n a new post on his verified Instagram page, Duncan Mighty revealed that he is not the biological father of his 4-year-old daughter, Mitchell.

He narrated how Mitchel and some two men, Frank and Bright slept with her for spiritual purposes as their juju demanded all in an attempt to destroy him. 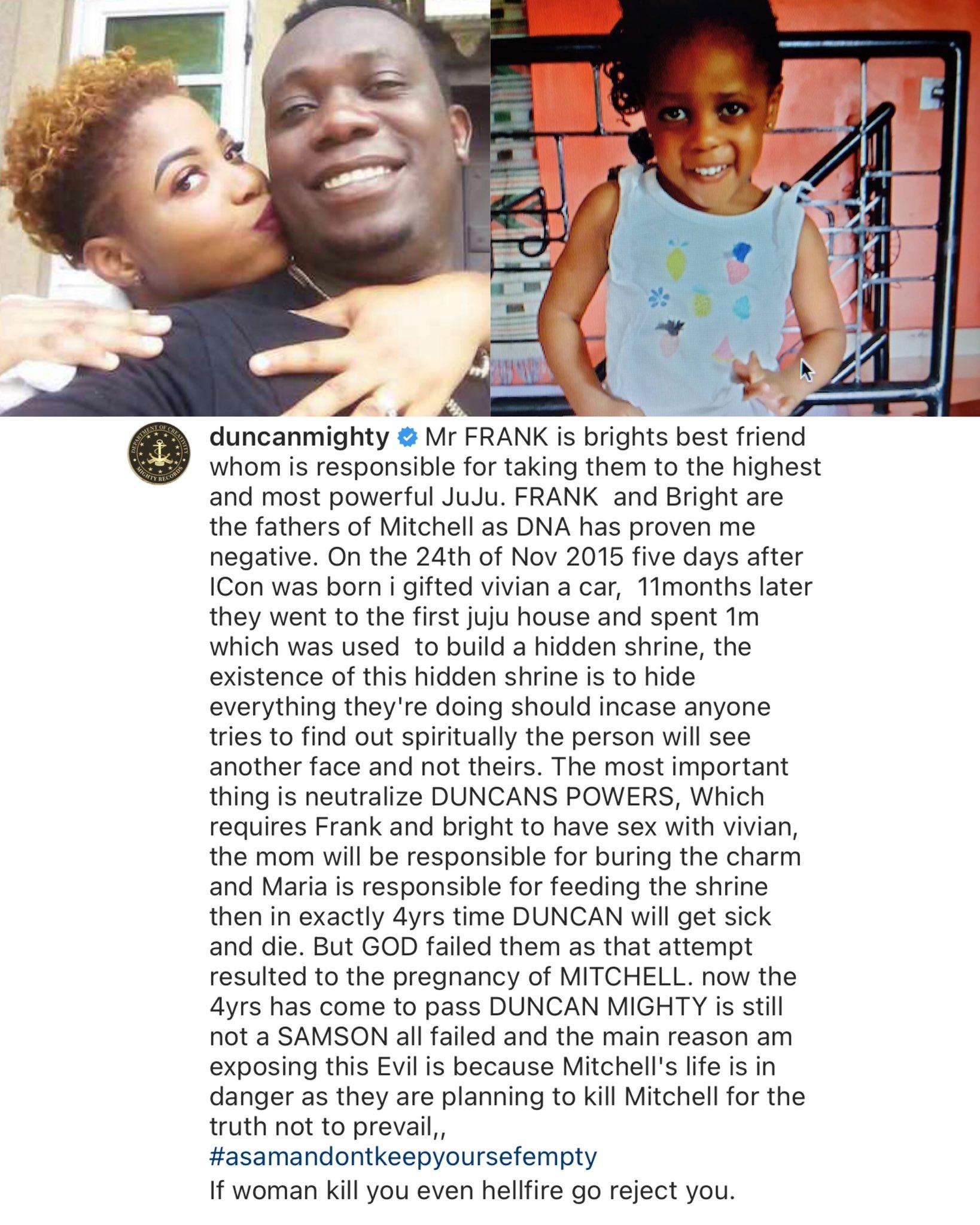 Meanwhile, Nigerian singer, Burna Boy has spoken up after being entangled in a cheating scandal with a woman identified as JoPearl.

Burna Boy’s alleged side chic, JoPearl came out to reveal that she has been having an affair with the self acclaimed African Giant for over 2 years.

According to the story she told in a video she shared on social media, she has been seeing the Nigerian singer for the past two years but can no longer bear the pain of being a “side piece” for so long.

Burna Boy however has been silent on the subject since the last few days that the rumour broke out until now.

Sharing a picture of himself on Instagram, the Grammy nominee indirectly reacted to the rumor by quoting lyrics from one of Baba Frayo’s songs that means ‘bragging or forming.’

What you missed at 8th AMVCA