The Nigerian Immigration Service has issued a 90-day ultimatum to all illegal immigrants to register with the service or get deported.

The Comptroller General of NIS  Mr. Muhammed Babandede issued the warning on Friday in a statement released from the NIS headquarters in Abuja.

The President Muhammadu Buhari led administration launched an e-Migrant Policy on July 12 through which all persons leaving or coming into the country shall go through  an e-registration and data capture process before being allowed through into the country.

The Policy provides a 90-day amnesty period in which all illegal immigrants already in the country shall mandatorily register with the service or face deportation and other sanctions. 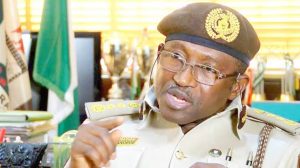 Babandede further added that the NIS has some measures in place for identifying illegal immigrants.

He said henceforth the biometrics of anyone going out or coming into the country shall be captured at the airport and that this is a measure to compile a comprehensive database of all immigrants in the country.

He then confirmed that the e-registration is currently ongoing in five states of the federation and that the Immigration had successfully registered over 4000 migrants between July to September 2019.

Babandede explained that the registration of foreigners is a necessary measure to boost security in our nation and that the 90-day Amnesty programme will lapse on January 11, 2020.

On August 26, the NIS boss had earlier said that the federal government will not hesitate to kick out any defaulter after the Amnesty granted by the president ended.

He noted that President Buhari saw the significance of having correct data of citizens and visitors in the country, saying it would help the government make good policies to improve the nation’s economy and tackle its security challenges among others.

Political instability in some African countries alienating citizens from govt –…