Residents of Bauchi South Senatorial District filed out in their thousands to vote for their preferred candidates in a bye-election organised by the Independent National Electoral Commission (INEC) on Saturday.

The election was held to fill the vacancy created by the death of the last occupant, Ali Wakili.

The All Progressives Congress has claimed victories in the two senatorial bye elections held in Bauchi and Katsina states on Saturday. 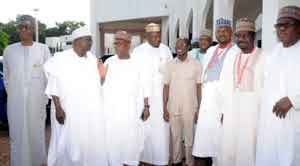 Mr Yuguda of GPN is the immediate former governor of the state.

The bye-election was largely considered peaceful even though there was low turnout in some polling centres. The heavy downpour that occurred on Saturday evening is believed to have slowed down the process of collating the results at the local offices.

Some of the polling centres in places like Dass, Bauchi and Tafawa-Balewa also started the voting exercise late due to faulty Card Readers.

Though restrictions on movement have been relaxed since 8 p.m. on Saturday, the major routes leading to the INEC headquarters in Bauchi are still heavily guarded by a joint team of armed soldiers and police officers.

The police public relations officer, Kamal Datt, recorded that five persons were arrested for various electoral offences during the elections.

He did not give details or the nature of their offense.

As at 8:10a.m., only results from Dass Local Government Area have arrived the INEC collation centre in Bauchi. But officials have not commenced the collation process.

The APC has also claimed victory in the Lokoja/Lokoja/Kogi/Koton Karfe Federal Constituency. Representing the APC in the election to the House of Representatives is Alhaji Haruna Isah.