Are Jay Z and Beyonce headed for Splitsville?

Well if certain media reports are to be believed, that unfortunate incident may certainly be the case.

There is trouble brewing between Beyonce and her husband Jay Z. For quite sometime now, the media has been following them closely, and it looks like the couple is just waiting to make the formal announcement of their divorce after their tour ‘On The Run’, which is supposed to kick-start in Miami on June 25. Here are some observations that make us feel that the ‘Drunk in Love’ singer may soon be separating from her hubby. 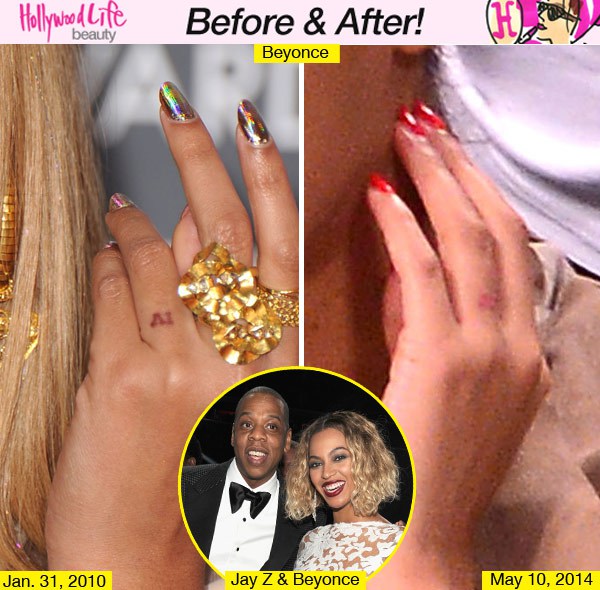 Jay Z’s birthday is on December 4, and the couple got married on April 4. As a result of that, they got the digit 4 tattooed on their ring fingers in Roman numerals. However, recently, the media has been rather alert in all of Beyonce’s public appearances to notice that the tattoo has almost faded out, leaving only traces. Turns out, she is undergoing tattoo removal. Looks like she doesn’t want to keep any memory of this relationship!

There was a video leaked on the Internet showing how Solange Knowles (Beyonce’s sister) had attacked Jay Z physically in the elevator of Standard Hotel after the MET Gala. Turns out, the reason for her behavior was Jay Z’s closeness with another woman. Maybe, she was trying to save her sister’s marriage?

3. Jay Z is getting close to Rachel Roy

Fashion designer Rachel Roy (who happens to be one of Kim Kardashian’s best pals) was seen getting rather close to Jay Z at the MET Gala. It turns out that Rachel, who is Damon Dash’s (Jay Z’s ex business partner) ex-wife was hovering over Jay Z all the time at the event, and Beyonce’s sister noticed that and got upset with it. That explains the elevator attack.

4. Jay Z seems to be in a relationship with Casey Cohan

Casey Cohan, the reality star of the Bravo show “Princesses: Long Island” is believed to be having an affair with Jay Z. While this is not confirmed, and there are only assumptions being made on this, it looks like infidelity and cheating cases are not leaving Jay Z anytime soon. And that’s probably what’s bothering his marriage.

5. They have busy schedules

There are some rumors that when Jay Z was supposed to tour with Justin Timberlake, Beyonce wanted that she and their daughter Blue Ivy accompany him. However, things didn’t work out that time. Later, there were also issues of each of them touring at mismatched timings, and because of that the couple weren’t able to spend quality time with each other.

If the couple does end up divorcing, it will turn out to be a rather ugly split. Not only will the couple have a problem in splitting the assets, but will have issues in taking responsibility of their baby daughter, Blue Ivy. Most feel that this is just a temporary issue in their married life, which will soon get sorted. But if media reports are to be believed, then the couple is headed for a divorce for sure, immediately after their current tour. Till then, let’s hope that this power couple sorts out their problems and sticks together.

‘Ekiti elections not COMPLETELY free and fair’: APC is going to court