He said it is an impunity to send unqualified individuals to tutor and mentor the next generation.

He said; “The Kaduna State Government to recruit at least 25 thousand teachers after over 20 thousand failed primary 4 competence test.

It is impunity of the highest order to send someone who is unqualified to teach pupils, as they end up destroying the next generation.

We also have a problem with Pupil-Teacher ratio as urban schools have more teachers who aren’t needed. We are going to change that.

This is an opportunity to employ young people who are qualified and looking for jobs and also to restore the dignity teachers used to have.”

“In a bid to improve the education sector, school Directors have decided to enroll their children in public schools starting from this session.’ – He added

Below are copies of the exam questions used to test the previous teachers; 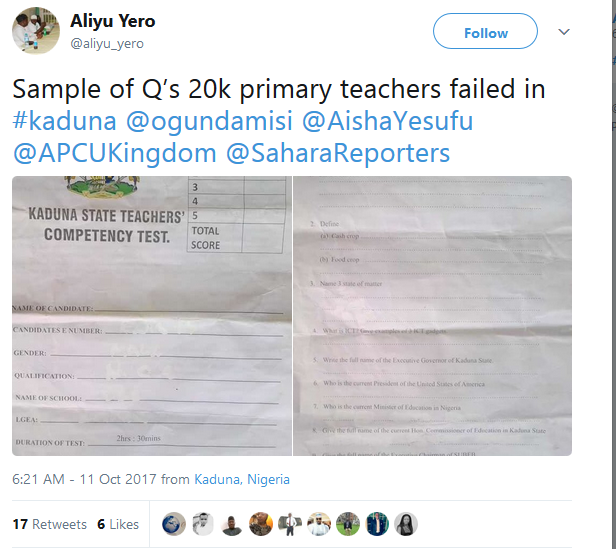 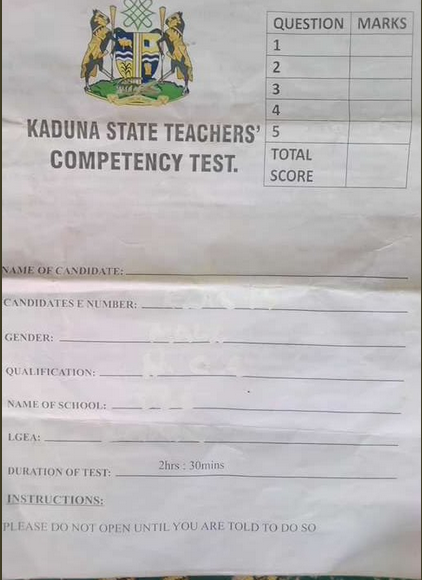 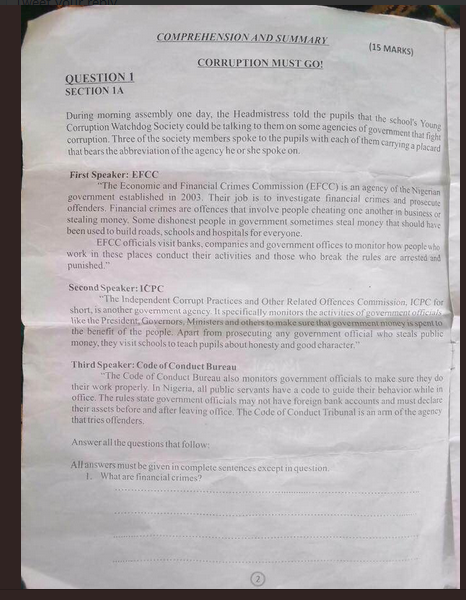