The female internet troll whose Twitter username is @infinite_I0vexo tweeted at khloe kardashian saying: “Is it just me or is @khloekardasian baby, True,not cute at all?”

As most mothers would react, Khloe slammed the troll by tweeting: “What self-respecting would even comment on a child’s appearance? What type of disgusting human being are you? It’s pathetic that you are miserable in your life.” 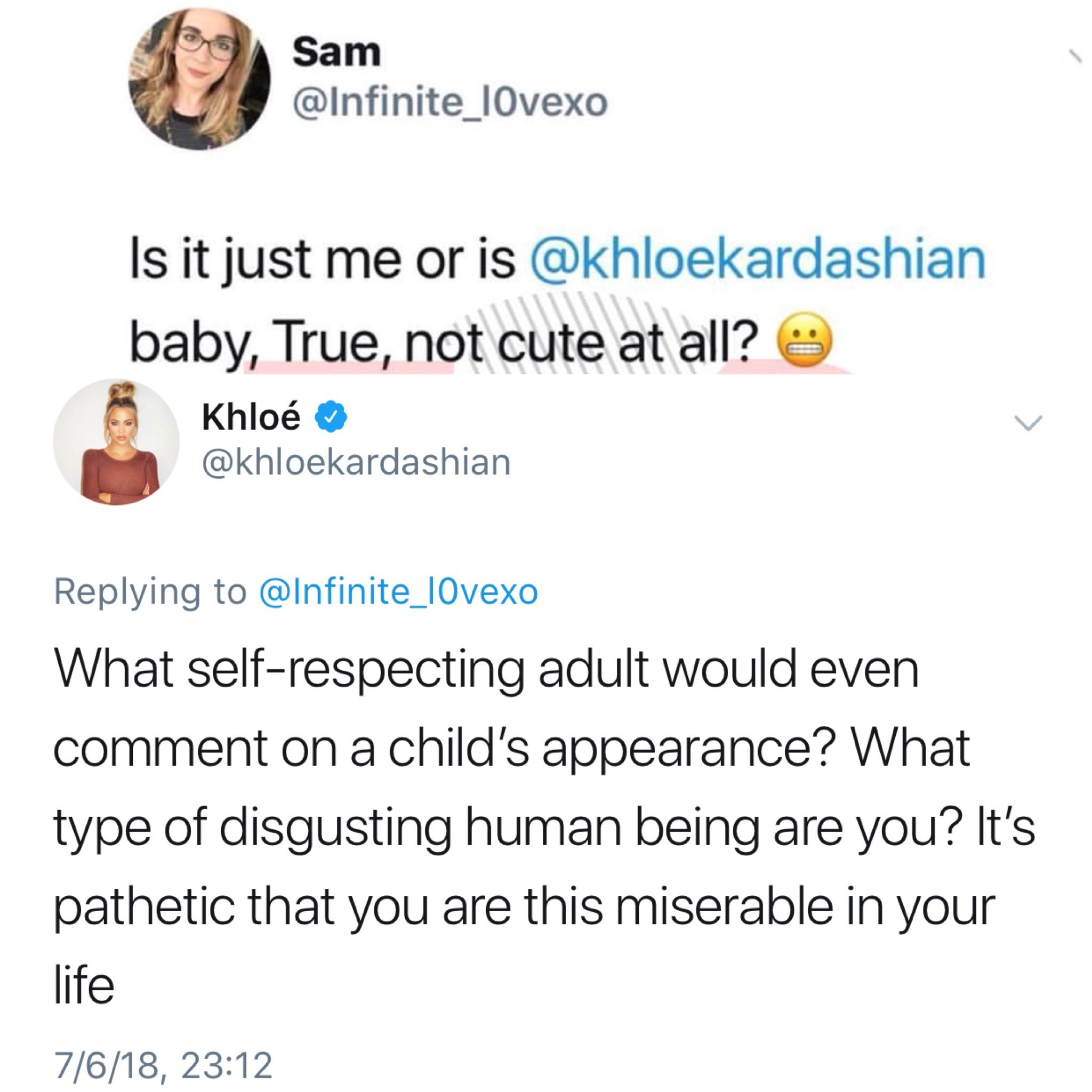 Controversial OAP, Daddy Freeze Explains Why He Had Meeting With Guru Maharaji

Croatia Cruise Past Russia Into Semi-Finals on Penalties