U.S. TV reality star Kim Kardashian has just launched a brand new line that is aimed at pregnant women, through her brand Skims.

However, some fans who came across the pictures online are worried that it is sending the wrong message for mums-to-be. Many asked Kim if pregnant women should have the added pressure of needing to slim down.

One wrote on Twitter: “Shapewear for pregnant bodies… what the f*** is this???”

An unimpressed user put: “Is this really a thing?”

Another fan in a sarcastic manner, posting: “I’m sure that’s the one thing pregnant women need above all! Being pressed to a slimmer figure.”

The reality star said the line would be available on September 16 and would come in nine different colours.

Her Skims Instagram account features models caressing their baby bumps, but Kim has insisted the designs do not squash the tummy. 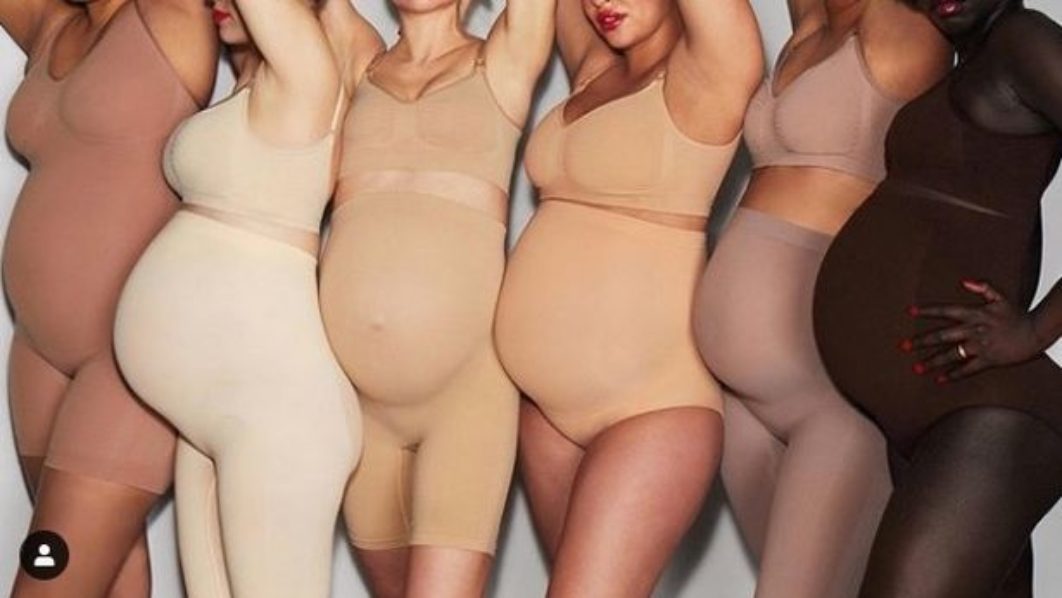 Skims have Butt-shaping designs and they do not compress on your stomach which is really important because you obviously don’t want to do that. But you want to shape everything else around it. If only there were cute bras like this that was holding you up and snatching you and making you feel better about yourself while you can breastfeed – that would have been everything to me.

However, coming to Kim Kardashian’s defense, Chrissy Teigen slipped into a shapewear set and cheekily began a series of videos by saying,

Hi guys, actual pregnant person here! Just wanting to show you and maybe talk a little bit about what pregnancy shapewear is. Basically, the reason I love pregnancy shapewear is that it stops all the folds of my vagina and stomach from eating all other times of underwear. When you’re pregnant and you’re sitting down a lot, or on bed rest like me, you tend to just sit there, and if you’re wearing regular, basic a** underwear, all it does is roll inside of folds, I didn’t even know I had. It rolls up in there and doesn’t even look like I have underwear on. Most importantly this is not about creating a body we don’t know we have. Like, we’re not trying to do anything to trick you, we’re pregnant.

In addition to a one-piece set, the look also came with separate bras and full-length leggings or shorts.