How many more Aminu Ogwuches are in the army? by Azuka Onwuka 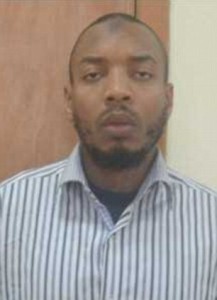 When the first car bomb explosion in Nyanya, near the Federal Capital Territory, Abuja, took place on April 14, 2014, I heard comments that suggested that the precision of the operation showed that the hand of security professionals could be in it. It was therefore not surprising when the Department of State Security declared one Aminu Sadiq Ogwuche, a former Nigerian soldier, and Rufai Tsiga (a.k.a Dr Tsiga) wanted as the masterminds.

The Deputy Director, Public Relations of the DSS, Marilyn Ogar, while announcing a cash reward of N25m for information that could lead to their arrest, explained that Ogwuche, with service number SVC 95/104, served in the intelligence unit of the Nigerian Army at Child Avenue, Arakan Barracks, Lagos between 2001 and 2006 and was posted to the Nigerian Defence Academy in 2006.

She added that Ogwuche was earlier arrested on November 12, 2011 at the Nnamdi Azikiwe International Airport, Abuja, on his arrival from the United Kingdom, for suspected involvement in terrorism-related activities, but was released on bail on October 15, 2012 to his father, Col. Agene Ogwuche (retd.), following intense pressure from human rights activists, who alleged human rights violation.

In like manner, when Kabiru Umar (better known as Kabiru Sokoto), the mastermind of the 2011 Christmas Day bombing of St. Theresa’s Catholic Church, Madalla, Niger State, escaped easily from police detention, Hassan Zakari Biu, the Commissioner of Police, who was in charge of the suspect, told the nation a cock-and-bull story about the escape. In February 2012, the Police Service Commission, in a statement signed by Mr. Ferdinand U. Ekpe on behalf of the chairman of the commission, Mr. Parry Osayande, dismissed Biu as a result of “his culpability in the escape of Sokoto,” but curiously did not say anything about prosecuting him for aiding a terror suspect to escape. Kabiru Sokoto was later sentenced to life imprisonment for terrorism.

In 2011, Senator Ali Ndume was arrested on the allegation that he was a sponsor of Boko Haram. He denied the allegation and the case is still in court while he is still serving as a senator.

In October 2012, the spokesman for the military Joint Task Force announced the arrest of a Boko Haram suspect and added: “Shuaibu Mohammed Bama, who had been on the wanted list of terrorists, was arrested by the task force troops in a serving senator’s house”. Senator Ahmed Khalifa Zanna admitted that the suspect, Shuaibu Bama, is his nephew, but denied that Bama was arrested in his house. Zanna claimed that Bama was arrested in the house of a former Borno State Governor, Ali Modu Sherrif, who is also a former senator. In the past few weeks, this same Zanna had been giving blow-by-blow accounts of the movement of the Boko Haram with the abducted Chibok girls and how the girls were being married out and taken across the Cameroonian border.

President Goodluck Jonathan had said that there were Boko Haram’s members in his “government”. But most of us do not need the President’s words to know that there are Boko Haram’s members and sympathisers in positions of authority, especially the security forces. One could decipher this from the ease with which Boko Haram attacked some military bases, the recurrence of ambush on soldiers fighting the insurgency, the non-response or late response to some Boko Haram attacks, the disappearance of the security personnel from certain areas just before some attacks of Boko Haram, etc.

One gets the impression that even among the security forces, nobody knows who is to be trusted and who is not to be trusted.

The revelation that Ogwuche was suspected to be the mastermind of the Nyanya attack was a sad one. As the son of a retired colonel, Ogwuche had the privilege of studying in the UK. But just as he deserted, Ogwuche also dropped out of the university where he was studying business science. He is said to have become radicalised while studying at the University of Glamorgan (now known as the University of South Wales) from 2007 to 2010 while living in Pontyridd. His story is similar to that of the underwear bomber, Umar Farouk Abdulmutallab, also from a privileged family, who went to study in the UK but got radicalised there. In May 2013, two other British men with Nigerian parents – Michael Adebolajo and Michael Adebowale – who had been radicalised by Islamic extremists in the UK- hacked a British soldier, Lee Rigby, to death in broad daylight.

Ogwuche had written on an online professional profile: “I used to be in the military back at home and my goal now is to be a successful businessman.”

The posts of Ogwuche on social media showed how his radicalisation progressed. In early 2010, Ogwuche put up a chilling post on Facebook: “Those who strive in the path of Allah love death like the kuffar love life, hahaha. Let them know, we are always ready to meet our lord anytime he wills.”

Another of his extreme posts was in 2011 when he wrote: “The only punishment of those who wage war against Allah and His Messenger and strive to make mischief in the land is that they should be murdered, or crucified, or their hands and their feet should be cut off on opposite sides, or they should be imprisoned.”

His profile picture is that of a lion with the Arabic word “Asadullah”, which means ‘Lion of God.’ Surprisingly, he was not spotted and arrested for his extreme posts.

One wonders how people like Ogwuche determine the enemies of Allah or those who wage war against Allah. Are they non-Muslims? If they are, how about the Muslims who were killed in that Nyanya bombing? How did he and his collaborators determine that those at the Nyanya bus terminus at the time of the detonation of the bombs would be enemies of Allah? How did they know that their kinsmen and associates would not be in that crowd at the time of the explosion?

Did Allah speak to them or direct them? When and where did they receive the message? Or they just sat in their homes and decided that the enemies of Allah should be killed, and then went ahead to kill unknown people going to work to eke out a living?

What exactly was the offence of those killed either in Nyanya or in the other places across Northern Nigeria through bombs, gunshots or the blades of swords? Who judged them and who found them guilty and sentenced them to death?

The sad thing about men like Ogwuche is that they do not appreciate their privileged family background. Many Nigerians would give an arm and a leg to study in a UK university. A bright and patriotic Nigerian could have lost that opportunity to get into the army to the young Ogwuche simply because Ogwuche’s father is a retired colonel whose son would get preferred treatment ala espirit de corps.

For such a man whose family is favoured because of service to the nation, it is sad that such a man would be involved in waging a war against the nation and killing his compatriots who have not committed any wrong against him.

It is sad that at a time our men and women in the security services are plotting how to root out these merchants of death from the land, there are obviously moles among them or among those in political positions whose actions frustrate those of the security officers and also make them lose their lives easily sometimes. While such moles are inside, they also make it easier for defenceless citizens to be constantly killed.

The security forces must devise more foolproof means of identifying their members who have sympathies for Boko Haram and get them behind bars. That way, they would be saving their lives and the lives of the citizens.

From #EndSARS to Bloodbath – By Olusegun Adeniyi

Buhari Must Go! By Femi Fani-Kayode

#EndSARS: The Generation That Said “Enough” – By Reuben Abati