Media personality, Moet Abebe has responded to trolls over her claim that marriage is a fraud and is not worth looking forward to.

It would be recalled that the beautiful public figure revealed that she believes marriage is overrated and is a scam.

The media personality also added in the controversial statement that she’s in a relationship with the “guests” in her room drawer by her bedside. 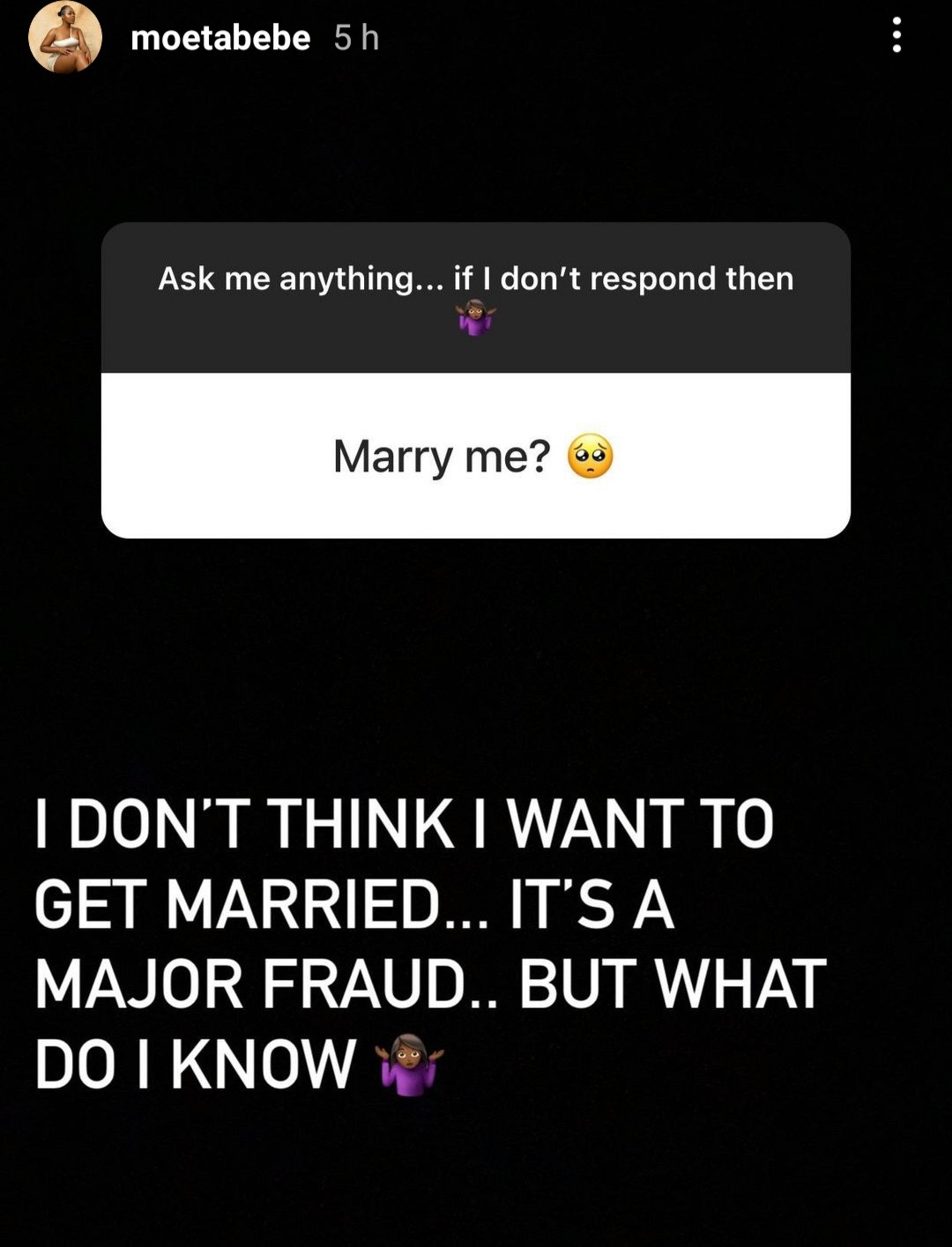 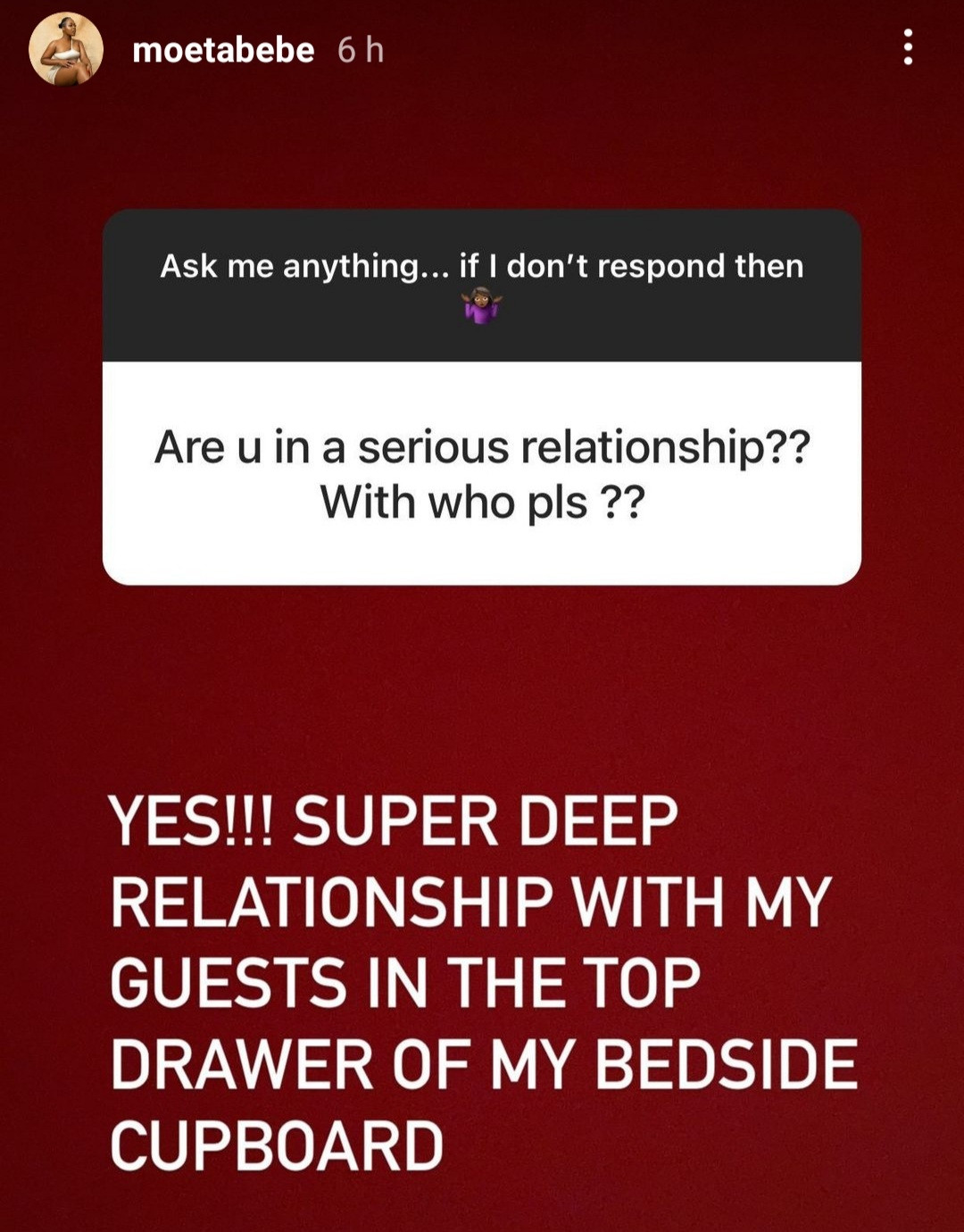 Following her statement, Moet Abebe received a lot of backlash from angry Nigerians who disagreed with the media personality.

In response to the backlash, she wrote: “I don’t think for those who fail to comprehend means the chances are unlikely…. Not that its 100 percent certain that this is the decision I will stand to for the rest of my life…. Never did I say you ppl shouldn’t marry….

“But as for me 0000!!! I’m not interested in it for myself… You see it as beautiful. I see it as a fraud… Good luck and be my guest… Same way I also wish myself well with the decision I have made…”

I’ll be smoking weed in California in 6 years – Peruzzi

‘6 Producers Molested Me For Being Gay’ – Uche Maduagwu Claims