Nollywood star actor, Yul Edochie, has demanded the resignation of Nigeria’s President, Muhammadu Buhari for lacking the ability to handle the poor state of the country.

The actor while reacting to the ongoing chaos in the country took to Twitter to express his thoughts. The actor said that the President has failed in his duty of marshaling the affairs of the country.

According to him, Buhari called for Goodluck’s resignation on the basis of poor performance but today his performance is worse than that of the previous government.

”President Buhari was very vocal during the previous Govt.

“He called for Goodluck’s resignation on the basis of poor performance.

“Today Buhari’s performance is worse than that of Jonathan.

“We put our hopes in him and he failed us.

“I call for Buhari’s resignation,” he said. 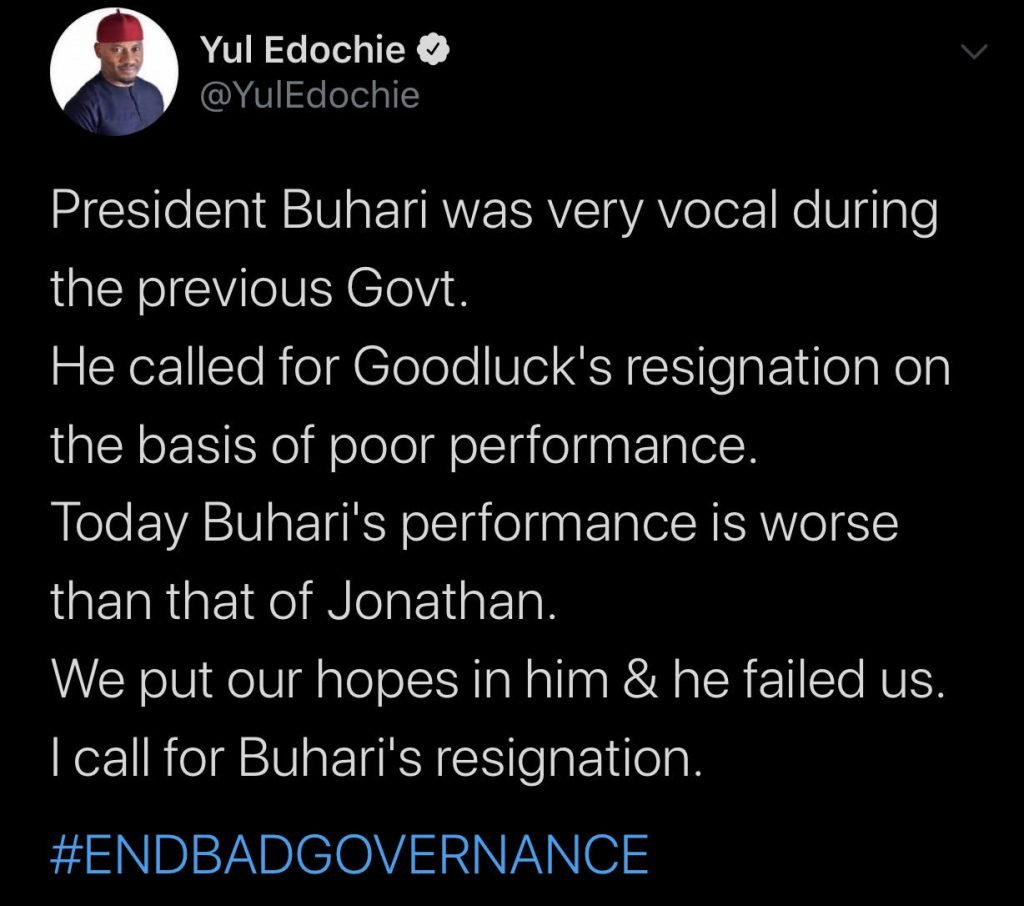 In a similar news earlier reported, Femi Fani-Kayode, a former Minister of Aviation, had called for the removal of President Muhammadu Buhari through a similar protest that led to the scrapping of the Special Anti-Robbery Squad, SARS.

The former minister, who is also a chieftain of the Peoples Democratic Party, PDP, noted that the End-SARS protests represent a watershed in the history of demonstrations in Nigeria.

He pointed out that this was the first time in the last 60 years Nigerians had recognised the fact that they can effect change and bring government to its knees by taking to the streets in peaceful protest.