A fairly known young writer, Tosin Silverdam, has taken to social media to seek advice after a man who molested him sexually when he was a child, chatted him up to ask for a meeting.

Via his Instagram handle, Tosin stated that when the man reached out to him at first, he was reluctant to respond but he replied to his messages eventually, after the man became persistent.

Tosin mentioned that the man soon began to plead that he wanted to see him, and it was urgent. However, he turned his request down and even blocked off his number from reaching him through phone calls.

Things soon became outrageous when the wife of the man in question began to call him for the same purpose again, insisting that she and her husband needed to meet with him urgently. 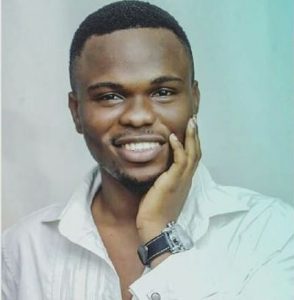 Read his narration below.

Over a week ago I got a message on Instagram, the content of the message was “hello”, I checked the sender, I found out it was the man that sexually molested me as a kid. I was petrified, I didn’t reply him, then he messaged me again.

I was confused if I should reply him or not, I kept going back to check his message every hour. So I decided to reply him, he replied back immediately. I had to be mature about it, even though I’ve forgiven him. The scary part was when he said he needed to see me, claiming it was urgent.

He became persistent, I had to stop replying him. I’ve forgiven him and I’ve healed but seeing him face to face will definitely bring back horrible memories, it will be awkward and I don’t want that. He started calling my phone, I wonder how he got my number (my phone number was on my Instagram page), i got depressed, I had to block his number cos I wasn’t interested in seeing him.

After several days, I received a call from a lady, she claimed to be his wife. Yes, he’s married. The wife was pleading on phone to see me, that they need to see me and it’s urgent. I asked her why, she said it’s for good and no cause for alarm. I don’t know how I feel about this, I don’t think I’m ready for such.

She’s been calling me, I had to block her number as well. I’m not ready for it and then again my conscience is pricking me. I’m extremely confused on what to do.

We’ll arrest any Muslim eating outside during Ramadan – Sharia Police