The University of Lagos whiz kid, Daniel Dada Ayodele who graduated with the maximum cumulative GPA of 5.0 keeps getting rewards and accolades for his hard work. He has yet again been honoured with a huge sum.

The CEO of Nairabet, Akin Alabi, in a show of commendation for the efforts invested into the achievement of the academic excellence award gifted the UNILAG Best graduating student with the sum of N1 million.

The businessman while presenting the prize award to Dada said: “I am proud to give Ayo Dada N1m as a reward for his efforts,” 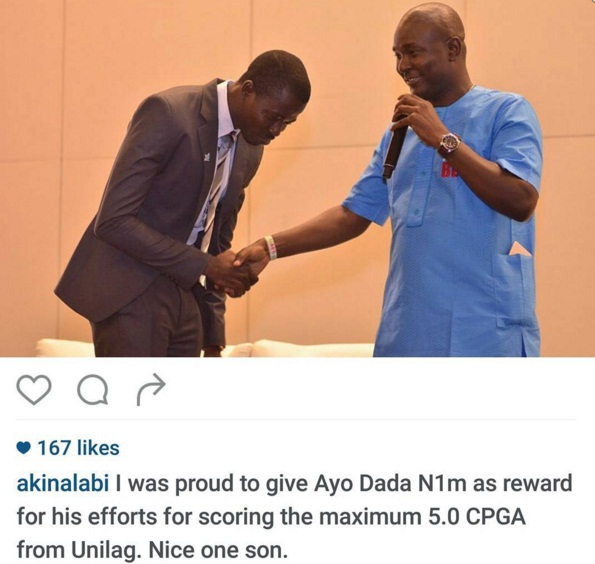 What UNILORIN told staff, students after assault on female lecturer