Liverpool forward, Mohamed Salah, who is a Muslim, has garnered praise on social media for not succumbing to internet trolls’ criticism of his annual ritual of celebrating Christmas.

Every year, the 30-year-old Egyptian shares photos of his immediate family with a Christmas message.

For this year, Salah posted a picture of his family – wife Magi and daughters Makka and Kayan – next to a Christmas tree with the hashtag ‘Merry Christmas’.

The former African Footballer of the Year has been criticised by fellow Muslims for the practice.

Many of his supporters took to Twitter to praise him for not succumbing to criticism on the matter.

Mo Salah drops these pics every year, receives load of criticisms and never for once ever succumb to lock his comments section or stop due to backlash, his stubbornness is on another level. 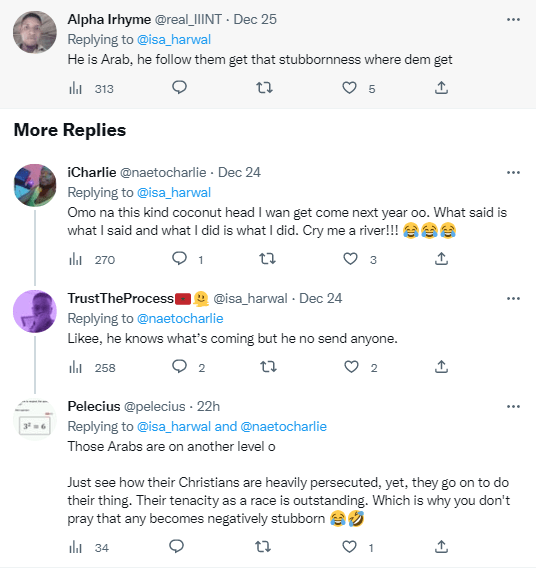