Nollywood Actor, Kenneth Okonkwo Shows Off His Family Of Lawyers

Popular Nollywood actor, Kenneth Okonkwo, whose wife recently gave birth after nine years of marriage, just shared photos of himself and his lawyer siblings at an Enugu High Court.

The actor, who is also fondly called, Andy – the name of his character in his first movie, Living in Bondage – has also featured in many other Nollywood movies, such as; Worlds Apart, Too Bad, Wrong Choice and Tears of Love.

Okonkwo, who is also a lawyer, shared the photos of himself and his siblings dressed in a wing and gown and standing outside the court.

The excited ‌actor, who was beaming from ear to ear as he posed with his two siblings, wrote, “It tastes pretty good for lawyers from the same womb to appear on the same side of a case. Glad to be with Anita and Princess my siblings at an Enugu High Court. To God be the glory.” 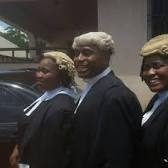 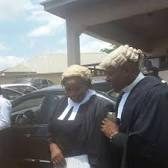