Serial Entrepreneur and UN Ambassador Dr Olakunle Churchill has raised eyebrows after recently receiving a special recognition award as ‘Man of the Year’.

The Ex-husband of one of Nigeria’s most popular actress Tonto Dike, has since received commendations and recognition around the continent for his Philanthropic activities.

Some of which includes his Ondo state visit for charity donations, visit to the IDP camps in Borno with relief materials, scholarship awards for undergraduate students in the University of Abuja, the much talked about Kadar river intervention in Kaduna during the deadly massacre, among others.

Despite the controversies surrounding his marriage to Tonto Dike, Dr Churchill who has  chain of businesses which includes Big Church group that recently marked its 10 year anniversary, King Andrea Realtors,  Big Church consult, Big church entertainment, Big church haven amongst others, has also managed to make history as the first private organization to support the Federal Fire services since it was initiated by donating life saving ambulances and also by relieving fire victims of their medical bills at the National Hospital Abuja.

His Humanitarian gesture attracted the interest of African nations and was hosted by the Liberian President Ellen Johnson Sirleaf during his visit to the People of Africa charity project tour on behalf of Lion’s Club.

Absent from receiving the award, Mr Churchill via his Instagram page acknowledged by saying “Thank you @screamawardsofficial that you deem me fit to win Scream Award (Man of the year).” 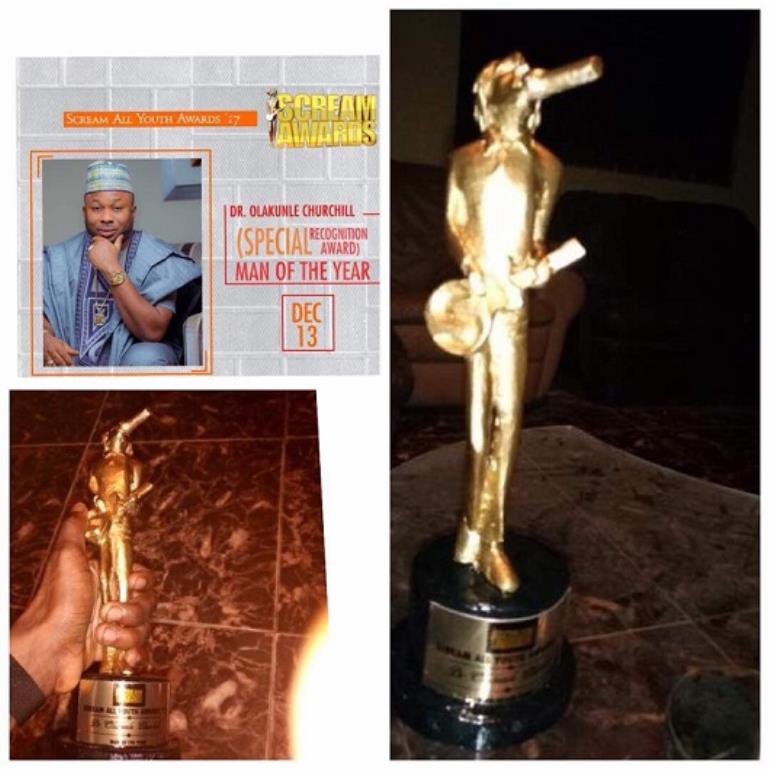 Super Eagles Drops To No 51 on FIFA Rank, 9th in Africa