A yet to be identified animal has continued to frighten residents of the Abaji area in the Federal Capital Territory, Abuja.

Some months, back, some individuals in the area had raised alarm over the death of over five healthy goats whose flesh were savagely torn by an animal in the night.

Although the “beast” appeared to have varnished after the outcry since no other related incident was recorded after then, it has suddenly reappeared again.

Its latest attack has begun to force residents who have bought rams for the Eid-El Kabir celebrations to take unnecessary measures in protecting them from the unknown animal.

See images from the previous and lastest attacks below. 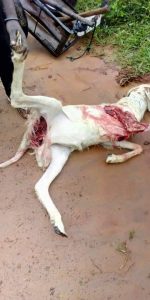 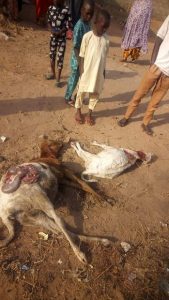 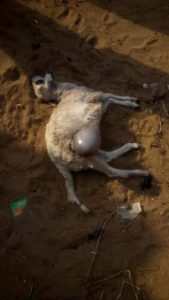 Also, read: I am not anti-marriage says Toke Makinwa