According to twitter user, Obimpena Austine @obiMpenaAustine, the incident happened in Kumasi, Ghana judging from the venue he mentioned.

He narrated the story in a series of tweets posted on Tuesday, April 12. 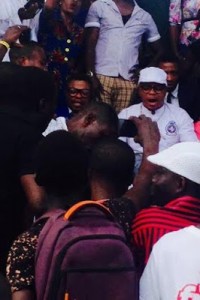 “According to the organizers, Obinim and the priest were to spend 30mins in turns and the one who fail to rise, loses…”

“According to the fetish priest, he couldn’t make it to face Obinim bcos the Suame Div Police have put him under house arrest” 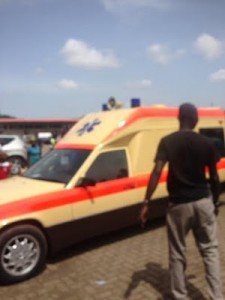