Earlier on @princessjayama22 on twitter accused Peruzzi of rape in a series of tweets, saying the incident happened sometime in 2012.

She alleged that she spent the night at his house in the company of another friend Aisha.

She said she didn’t report the incident to police at the time because she was naive about what to do.

Now reacting to the accusation, Peruzzi has released an official statement addressing the situation.

In the statement, he denied the rape accusations leveled against him. While addressing the tweets he posted years ago, he apologized and blamed them on irresponsibility. 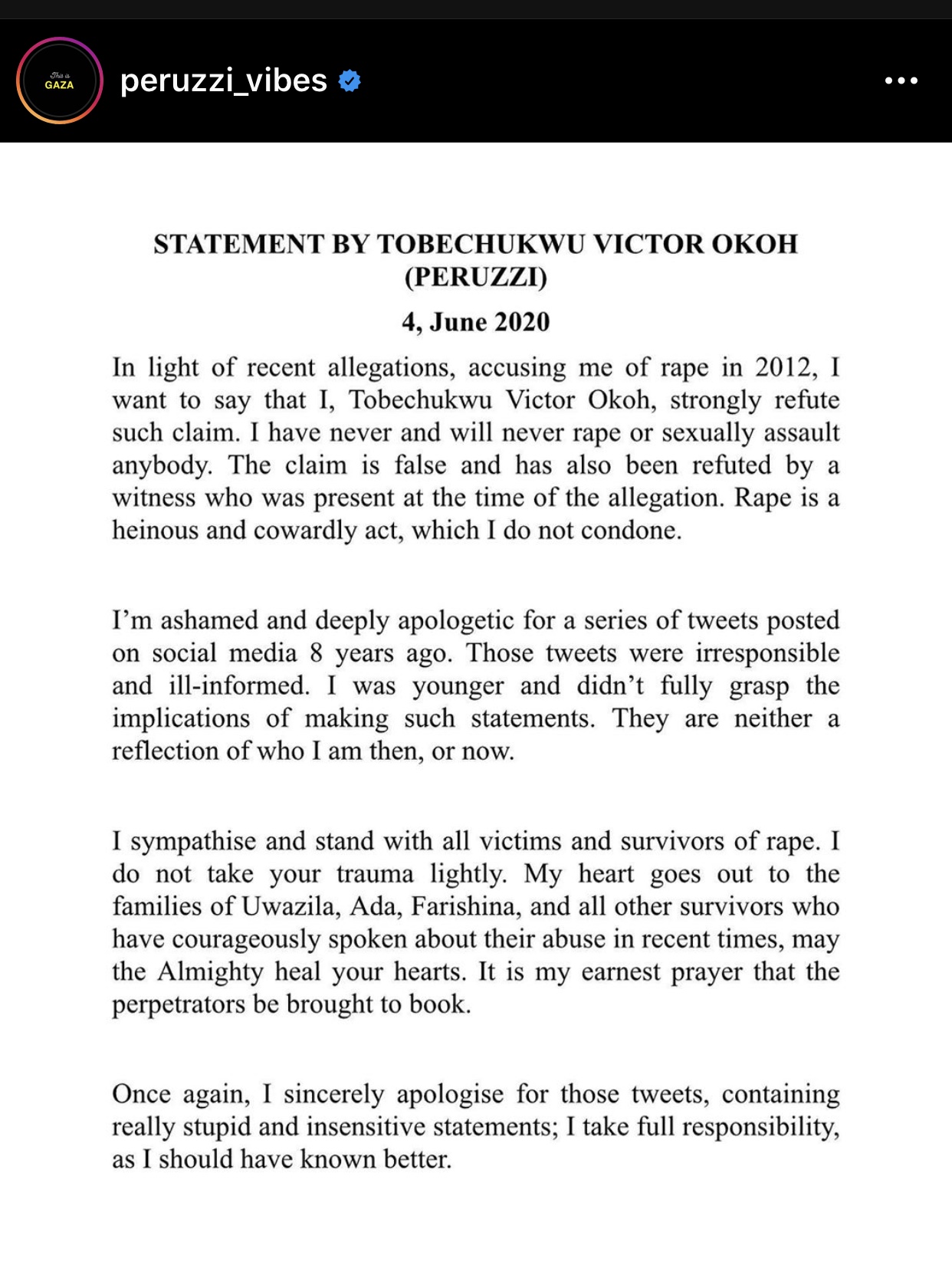 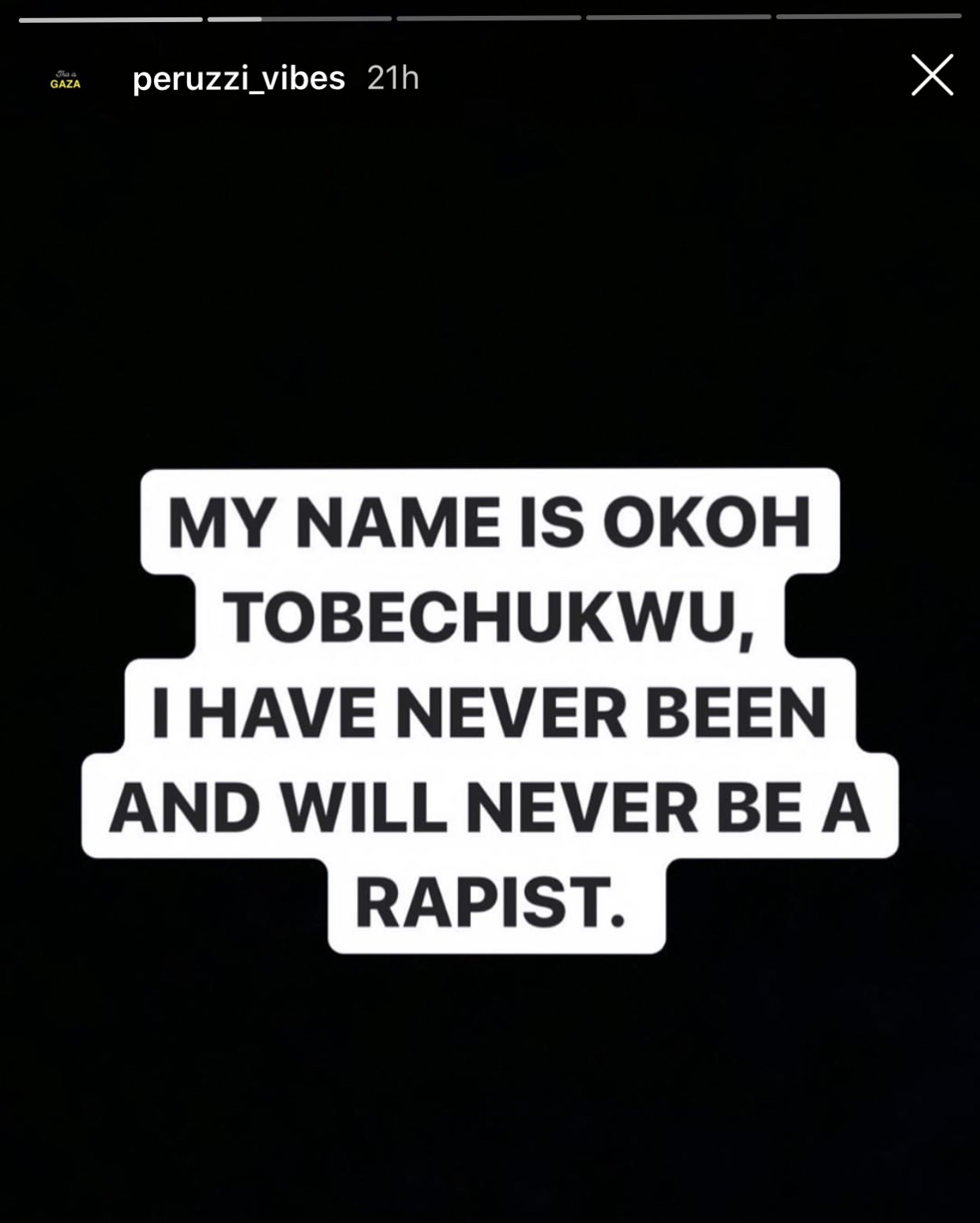