In what can probably be defined as a Daniel fail, a man identified as Franco Luis Ferrada Romania stripped naked, entered into a Lion’s den and was Mauled by two Lions.

It is believed that the man was attempting to commit suicide.

The 20 year old broke into a Lion enclosure in a Chilean zoo and offered himself up to be eaten by the Lions.

Unfortunately, unlike the Lions in the Bible, these ones duly obliged and went ahead to severely maul the man while horrified onlookers watched.

The authorities had to shoot the Lions so as to save the man’s life. He was then taken to a hospital where he is said to be in critical condition.

The director of the zoo confirming the attack said “We believe that this person entered as a visitor and paid for his ticket.

‘Later he trespassed into an area where the public are not normally allowed and we understand that he forced the roof of the lion’s enclosure. ‘It was from there that he jumped, took off his clothes and started to attract the lions”

The zoo manager said she was deeply affected by the loss of the two Lions and that also there was a crowd around when the man pulled his stunt.

You can see the graphic images below. 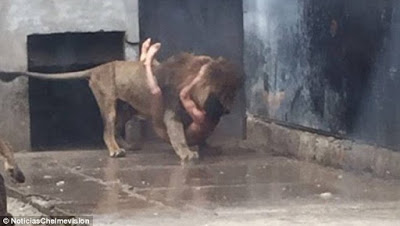 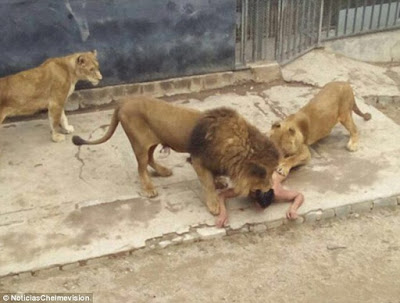 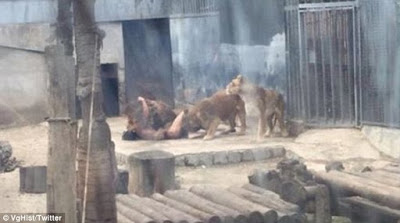