Controversial Nollywood actress Tonto Dikeh was seen in a photo sharing a kiss with her father while her son looked up at them.

It isn’t uncommon to see a father and daughter sharing a kiss, the difference, however, is that the daughter is usually much, much younger and while this divides opinion, it’s still a tad more commonplace.

Dikeh is used to controversy as she was also seen in a video apparently teaching her son how to speak in tongues and also recently claimed that she spends N180,000 on her kid’s diapers.

The actress took to her Instagram to share a couple of photos with her dad. In one, the duo touch lips lightly while her son, King, looks on and in the other, they both kiss King on the cheeks.

READ: Ben Affleck Goes Back to Rehab After Drinking Relapse

She captioned them as follows: “My Sugar Daddy, my World and my humble self…My MAGA (Paymaster) has landed”

And on the other one: “This man here played mother and father to me and mines. And you think me playing Father and mother issa Joke… Una never chee chomesthing (Something). Keep dreaming, what’s mine is all mine..” 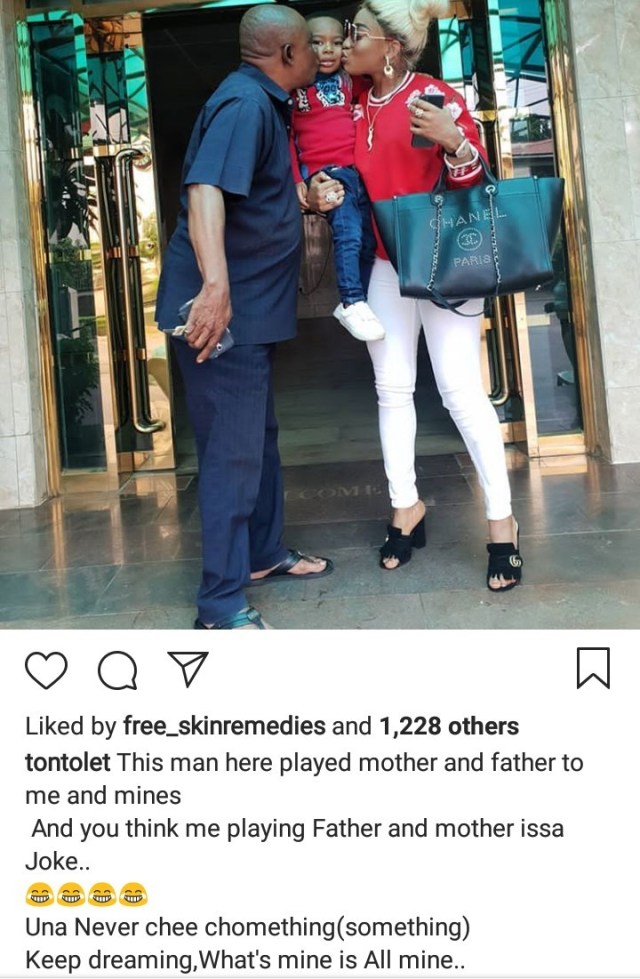 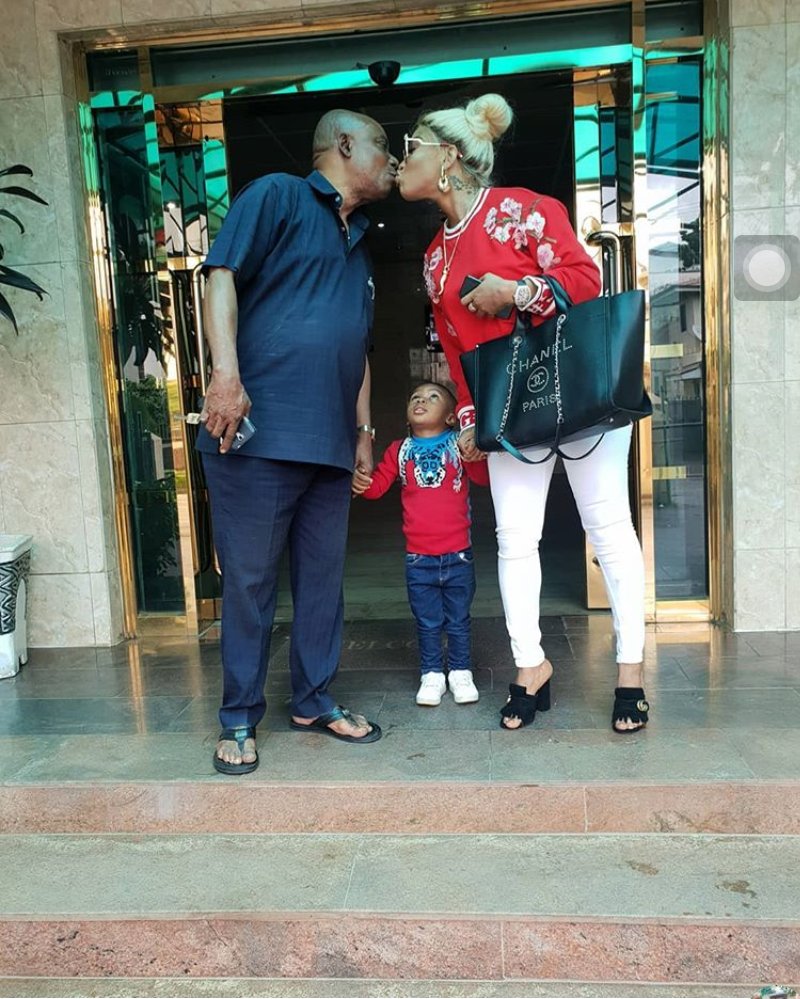 It’s all probably harmless, but it’s safe to say a couple of people might see it as taboo and speak out accordingly.