Protest As MD PepsiCo (7Up) Connives To Destroy Biggy, Others

Enraged protesters have come out in their numbers, in an action against what the group consisered an “hate speech” made by the Managing Director of Seven-Up Bottling Company in Nigeria, Ziad Maalouf.

The protest was staged sequel to Ziad Maalouf’s obscure comments in a memo circulated within the company which suggested that PepsiCo was fueling a narrative targeted at ensuring the complete ruin of other bottling companies at “All cost”.

It also suggested that the MD was gunning for an unhealthy competitive tactics.

Expert of the leaked email reads;

“One company will flourish, one will diminish, another will finish. B-brand model of business will either become a temptation for anyone who has a bit of money to start own brand in Nigeria, or a curse that ensures no one takes such decision again.”

“Let me start by explaining the competitive playground once again. This season is not like any other, so the mindset of growing vs last year, achieving budget, business as usual cost management, WILL NOT WORK!!! The outcome of this season must write the future and destiny of the 3 major competitors, along with the future of B-Brand industry (Bigger pack and lower price concept) disruptions in Nigeria. (sic)” 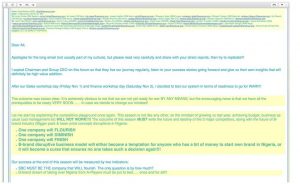 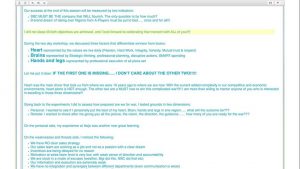 This desperate statement certainly did not go well with Nigerians, particularly other bottling  companies. 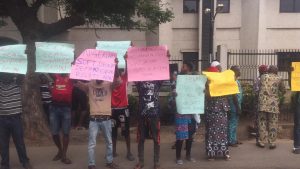 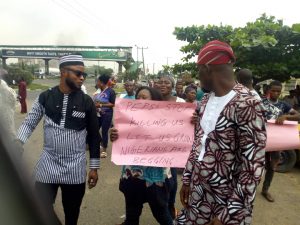 According to reports gathered by 9jainfoparrot, Olamide Wallington, who organised the protest alongside others stated that the protest was peacefuland intended to drive a point against the unhealthy competition which the MD of PepsiCo seemed to be tending towards.

“we are a non-governmental organization under the aegis of CONCERNED NIGERIANS and the essence of this gathering is to stage a peaceful protest against unhealthy competition, and also ask the government to protect local brands against harsh competition in the market.

“We want the government to come up with legislation against the unhealthy competition. Competition is allowed, but there should be sanity in players’ choice of words.”

“…we want the Pepsi company to know that our locally made soft drinks are of great standard and Nigerians will not fold their arms and watch someone saying we are a no match in our own market.”

Nigerian Youths Will Be Encouraged to Maximize Their Potentials – Gbajabiamila