Former Borussia Dortmund manager, Thomas Tuchel has been appointed as the new manager of Paris Saint-Germain after the exit of Unai Emery who spent only two seasons with the club.

Tuchel won the DFB Pokal Cup in the 2016/17 season at the Signa Iguna Park before he was shown the way out of Dortmund. 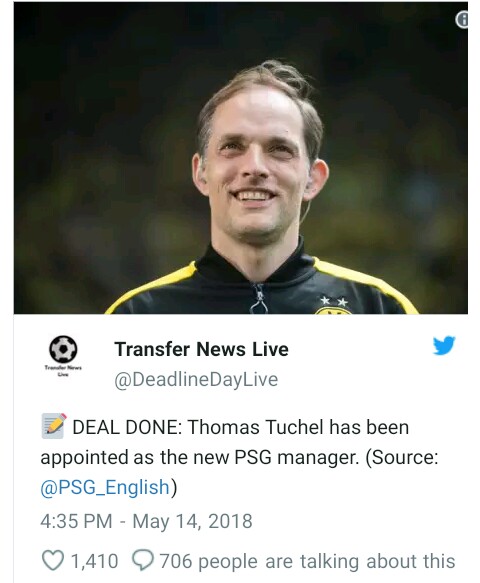 Man City Jubilates With Fans As During Trophy Parade