Human Rights Lawyer, Femi Falana has cleared the air on his relationship with Timi Dakolo and his wife, Busola, after confirming that he intervened in moving the case to Lagos State, yesterday.

Following the transfer, the Senior Advocate informed newsmen of the development of the rape and false accusation case between Pastor Fatoyinbo and the Dakolos.

This led to questions and insinuations that he was their lawyer and would be representing them on the case. 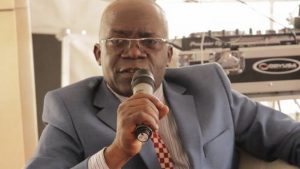 However, Falana has explained that he merely intervened after the couple expressed fear over the neglect of the law suit they initially filed.

He stated, “They wrote their petition before contacting us. When they met us, they expressed the fear that their petition might not be investigated. We intervened by requesting the police authorities to investigate the complaint. The IG has already granted the request. I confirmed the position to you yesterday.”

EndSARS: Shame on You If You’ve Condemned My Interventions In The Protests…