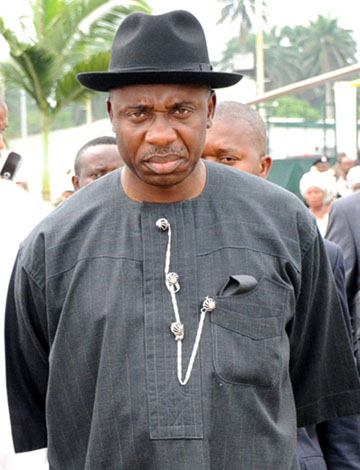 The Rivers state crisis seems destined to take a turn for the worse as the State chapter of the Peoples Democratic Party has accused Governor Rotimi Amaechi of being behind the kidnap of its members.

Felix Obuah, the State chairman of the party made the allegation whilst briefing newsmen in Port Harcourt.

Obuah gave the names of those kidnapped as a former member of the House of Representative, Chinyere Igwe, current Chairman of the party in Port Harcourt Local Government Area and Allwell Ihunda, a party official.

“After a careful examination of the circumstances surrounding this abduction of our party leaders, the party believes that the kidnap was masterminded by Governor Rotimi Amaechi and the APC-led government in the state.

“We are shocked that Governor Amaechi is playing politics with the security of the lives and property in the state, thereby branding his political opponents his worst enemies,” Obuah said.

The state PDP chairman urged Amaechi to release the abducted party members within 72-hours, pointing out that at the expiration of the ultimatum, the “party will take to the streets protest against the governor and his team.

“We (PDP) give Governor Amaechi 72-hours to ensure that the abducted PDP members are released unhurt. At the expiration of this deadline, the PDP shall mobilise its members and the good citizens of the state to stage the mother-of-all protest against the Governor Amaechi’s terrorist tactics,” Obuah stated.

Davido gets a rose gold Rolex from Samuel Etoo

What shall we do with Diezani? by Steve Osuji

Buhari to bandits: “Your days are numbered, be ready for crushing defeat”