Portuguese great Luis Figo has stoked the flames of controversy when he said that Christiano Ronaldo could make the move from Real Madrid to bitter Rivals Barcelona.

Figo himself made that move but the other way moving from Barcelona to Real Madrid after his release clause ( £37.2m a world record then) was triggered.

It raised a lot of controversy boiling up to that incident when a pig’s head was thrown on the field during a classico match. 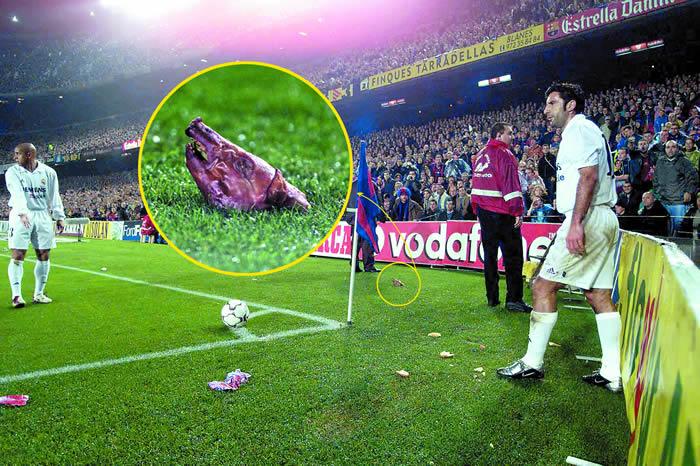 Figo believed Ronaldo could move as long as his buyout clause is met and everything else is done to move him.

If Barcelona were to do that, they would have to pay dearly though as Ronaldo’s release clause is said to be  €1.5 billion [£1.25bn] which is certainly not an amount to sneeze at.

Figo said, “We are in a free market,” he told Record. “If there is a termination clause, anything can happen.”

Talking of his own move from Barcelona 15 years ago, he added: “The first reason was for Real was the recognition by the president of Real Madrid. So things were getting more serious and I received the offer and I reported it [to Barcelona] with a view to improving my contract.”