A total of six children have died after the wall of a school fell on them in Uganda.

According to the report by local authorities, a rainstorm in the area had weakened the wall of the school and the victims who were in a storm drain beside the facility, were asleep when the incident occurred.

When asked about the details the incident by reporters from AFP, the spokesperson for Kampala’s police deputy, Luke Owoyesigire stated, “Due to a heavy downpour part of the perimeter wall of the school gave way, collapsed on the kids, killing six of them on the spot and two were injured.

“The police rescue team is on the scene to check if any person is buried under the debris.” 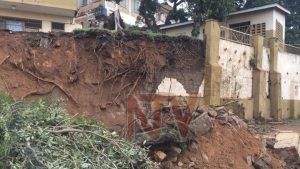 Luke further explained that the identities of the children are still being processed so that their family members can be contacted and informed about the tragedy.

Also, the latest wall collapse is the second one in as many months in Uganda. Just a month ago, five members of the same family lost their lives in a mud and wattle house after a wall fell on them too.

Also, read: 5 drown in Mongolia’s river while cooling off