Screenshots: Doyin Okupe Goes to War with Twitter followers After Admitting to Receiving money from Dasuki

Dr. Doyin Okupe, a former Senior Special Assistant on Public Affairs to ex-President Goodluck Jonathan, has found himself in hot water on social media after admitting to receiving funds from the office of Sambo Dasuki who is on trial over the $2.1bn arms scandal.

The Former Special assistant had taken to twitter to declare his innocence in the Dasuki matter. He tweeted: “I was not paid arms deal money. NSA paid for running of my office monthly from Aug 2012. Dasuki gate was in 2014. I Did not take part in campaign”

His staunch defence was met with scorn from the Nigerian public who were quick to take him on over the matter.

He responded and it became a free for all over the internet.

You can see the images below. 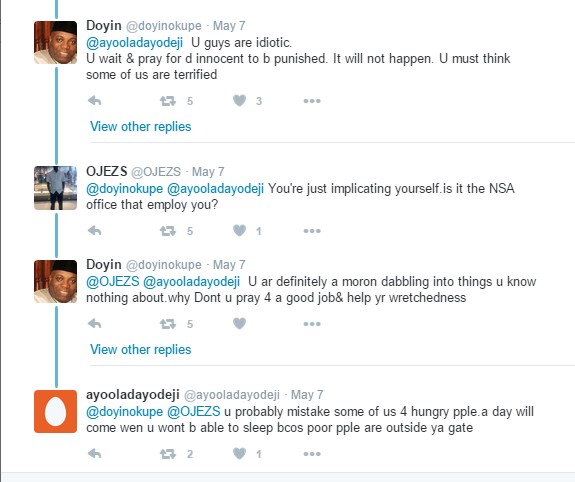 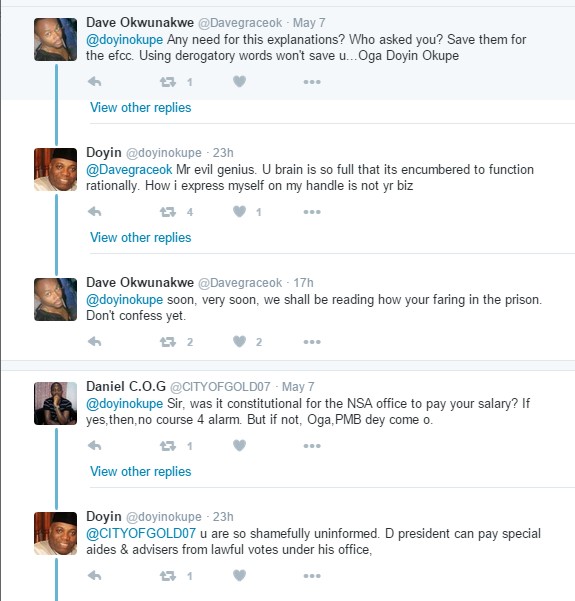 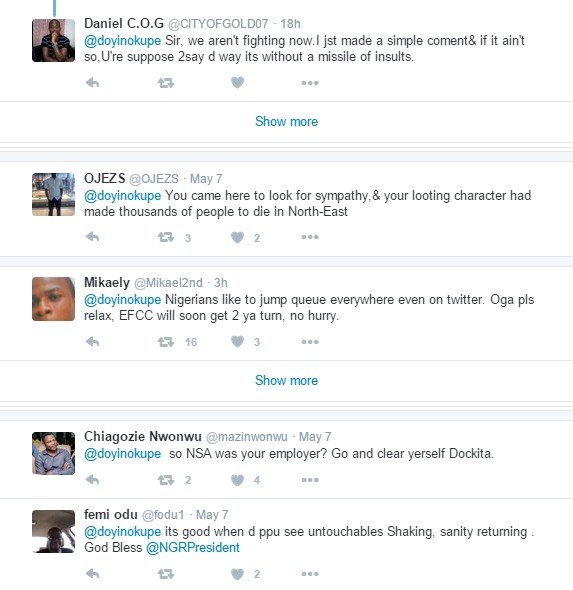 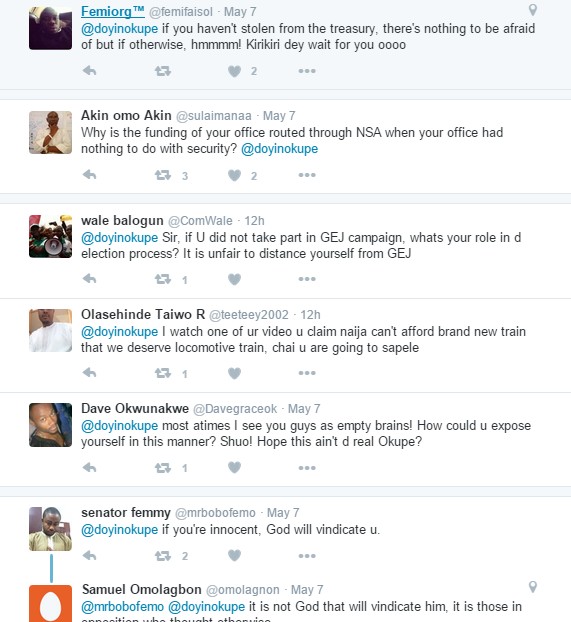 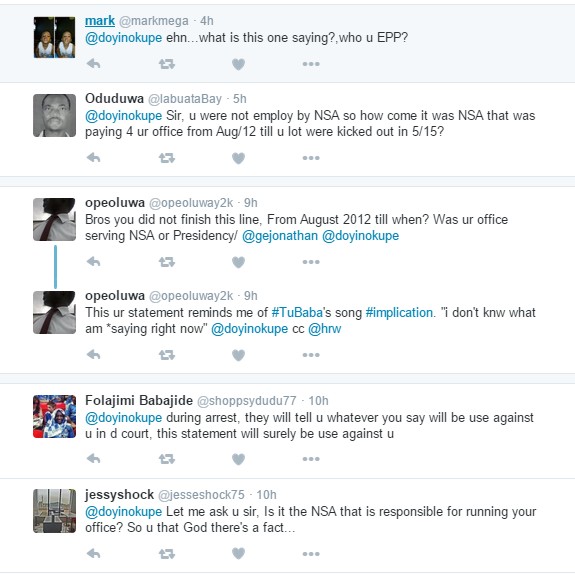 Photos: Davido In tears over having to fly Economy class

Chocolate City Was Trying To Sabotage My Life – Brymo