Sharon Osiyerimo Ohunene Jatto who shared screenshots of her chat with the movie producer, slammed him for putting out a “say no to rape” post even when he allegedly tried sleeping with her when she was barely 17.

She said “You see this man, Victor Okpala, this man had the guts to post “say no to rape” because he thinks it’s just social media aesthetics.

“This man holds auditions only for him to hunt for girls. I was barely 17 when this man asked that in exchange for a movie role I sleep with him.”

“He literally told me everyone in his film had to do it, saying ‘that’s the normal thing’.

“Thank God I knew I had a choice but what of the people who thought that was the only way?

“This man has had his way with a lot of people who don’t know they did have a choice and it’s so disheartening.

“There are a lot of them in this nollywood and it has to stop.

“It’s not a do or die affair. Small thing they’ll say ‘they’ll blacklist you o’.

“Please don’t hesitate to call the animals out, enough is enough.

“And please your dreams and aspirations are valued and God’s blessings don’t come with a price tag.”

Jemima Osunde, another Nollywood actress took to the comment section of Sharon’s post to also reveal that she has heard some of her colleagues say same thing about the movie producer.

Jemima Osunde wrote: “I have heard so many colleagues say the same thing about this same person.

“This is terrible and he is a foul person to even think he can come on IG and discriminate against what he clearly is.

“I am so glad you weren’t fooled by him.

“Thank goodness you knew you had a choice. Yes, call them out they have to stop raping women,”

Popular actor, Timini Egbuson also agreed with  Sharon, describing him as a disgrace to Nollywood. 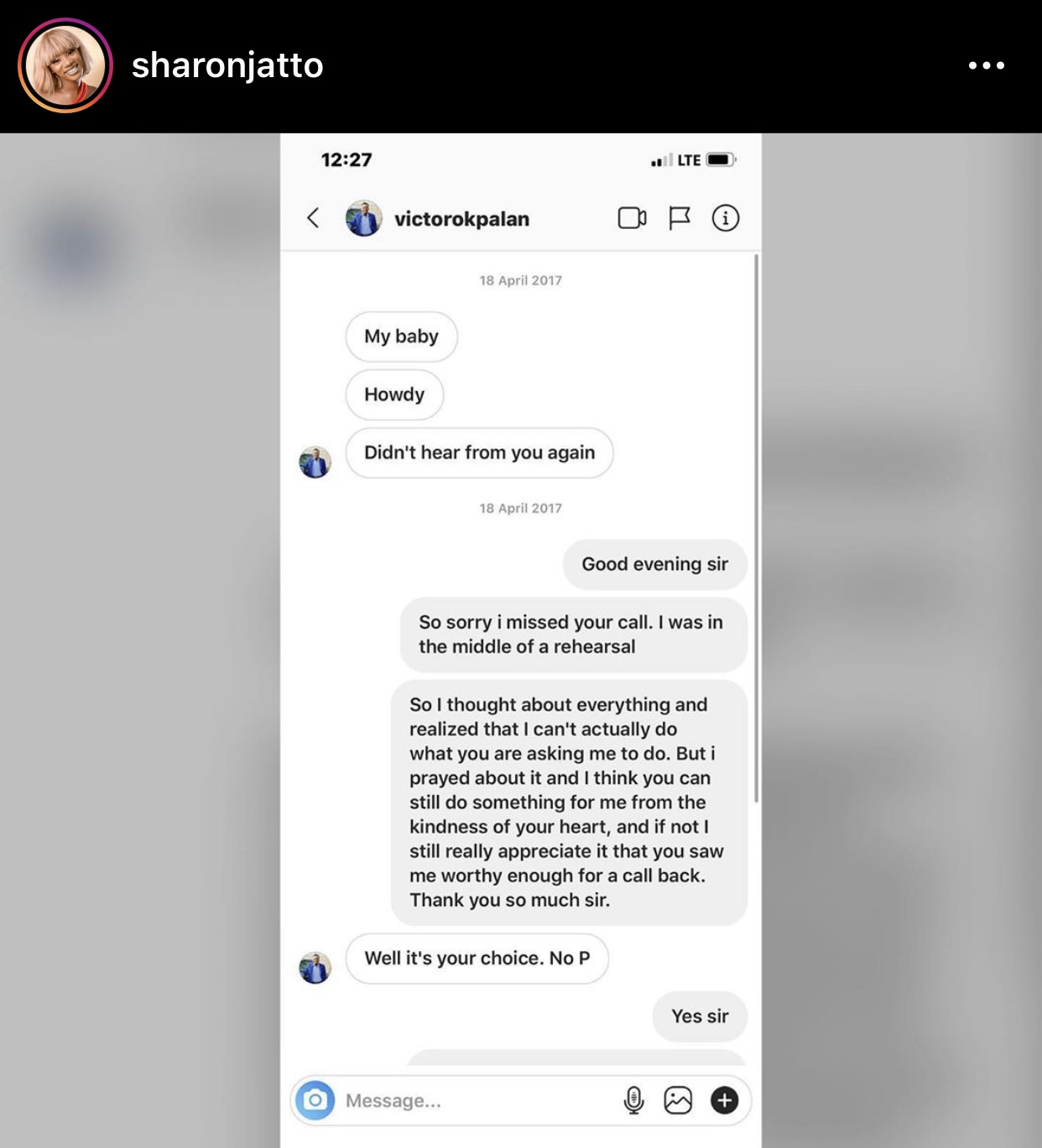 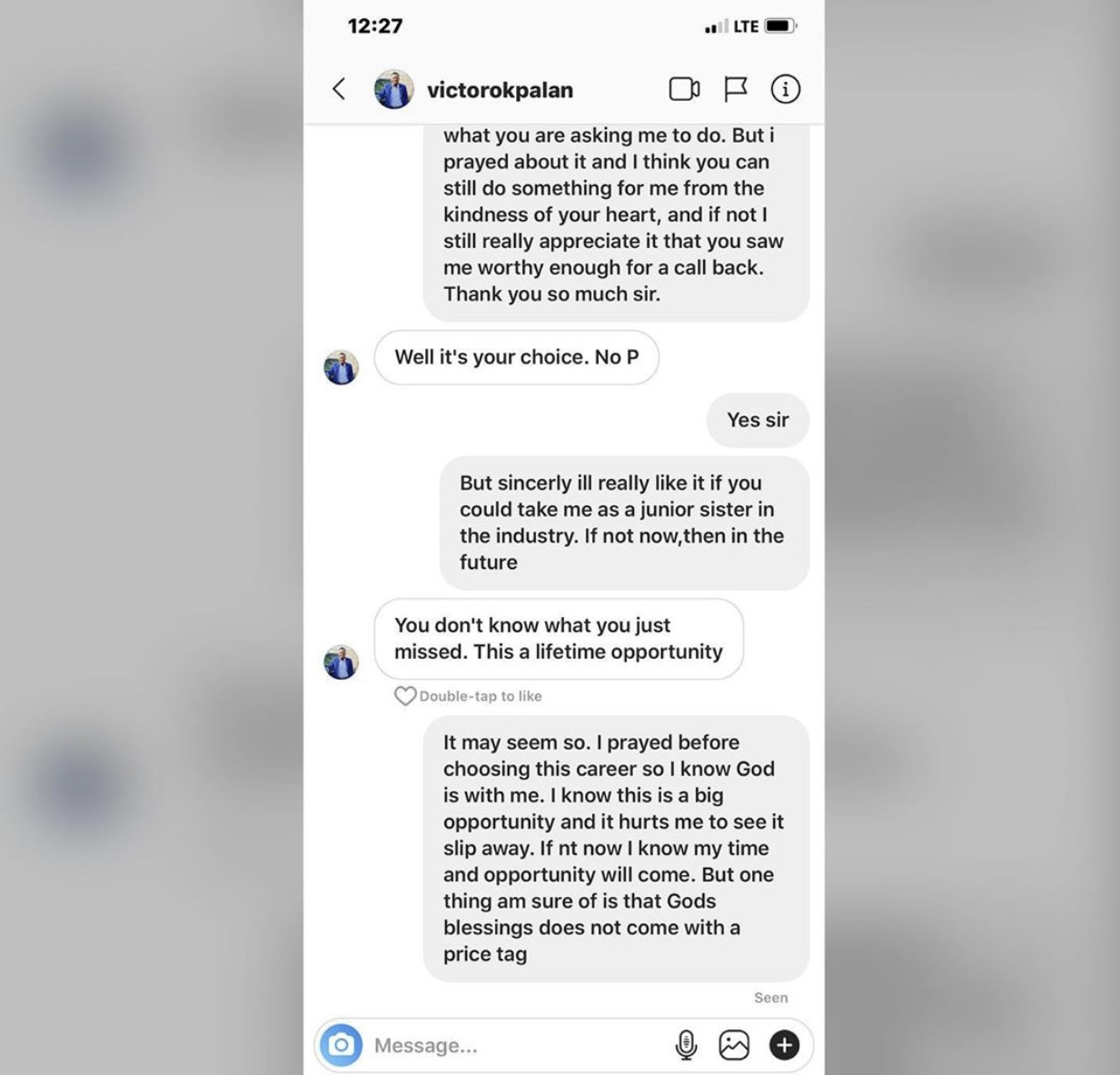 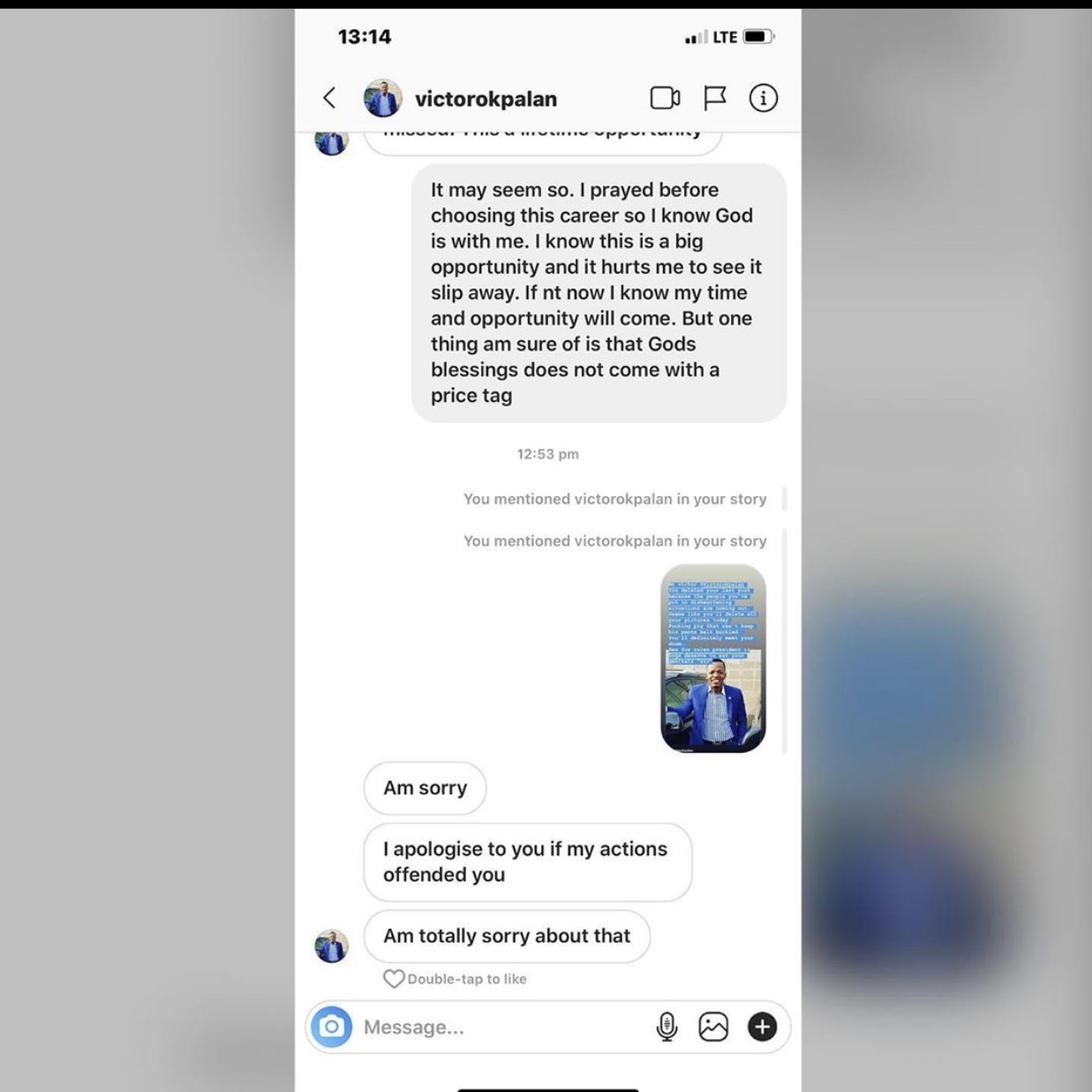 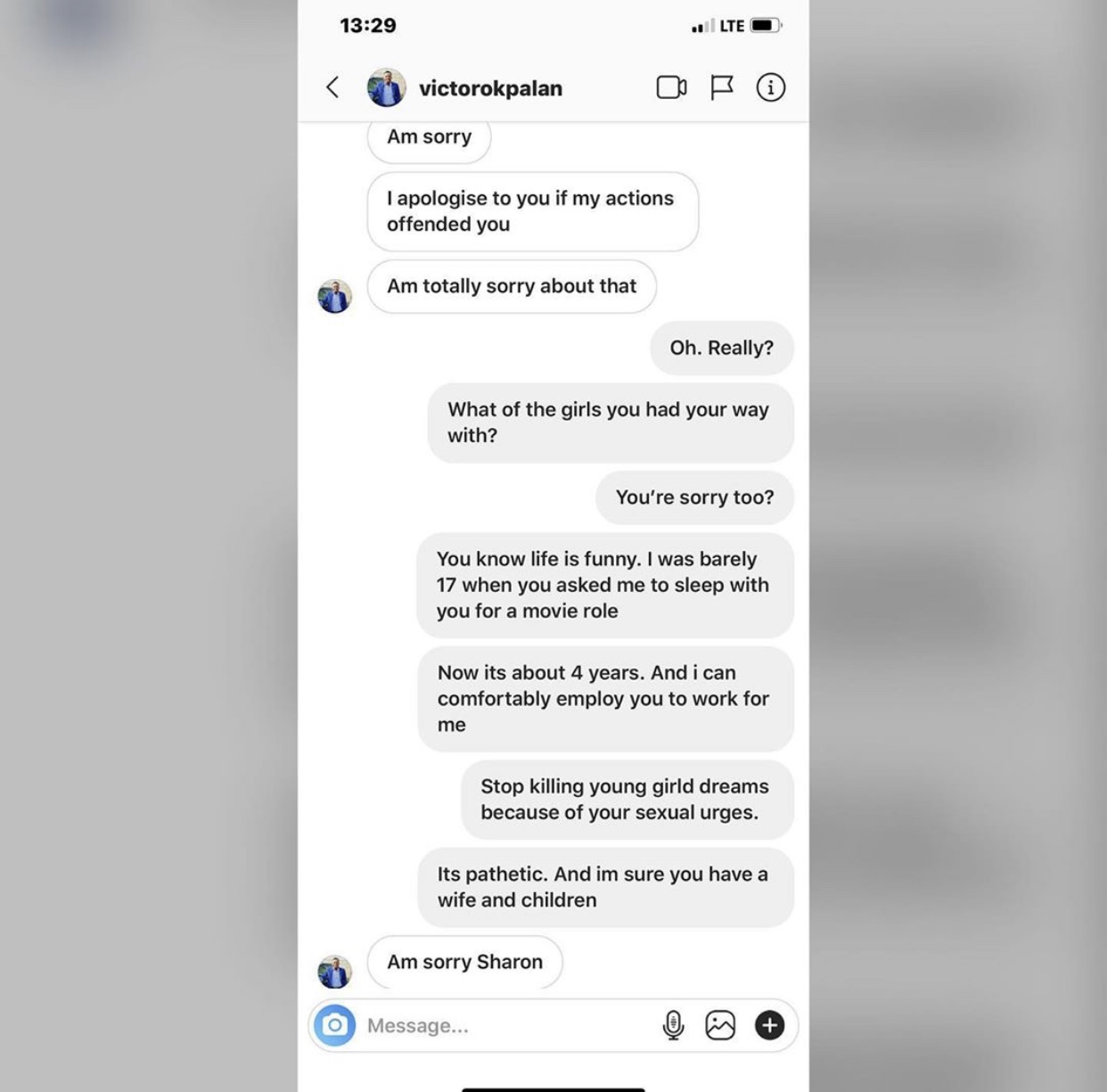 How Oshiomhole betrayed me – Obaseki reveals

Trump: What I have in common with Obama