Nigerian Athlete Seye Ogunlewe has the title of Nigeria’s fastest man and he perhaps has dreams of being the world’s fastest at some point.

But certainly not now.

Yesterday, there was a tweet by someone on Twitter who claimed that Ogunlewe had said he’d shock the world by beating the world’s fastest man, Usain Bolt.

Nigeria’s fastest man, Seye Ogunlewe, says he will shock the world when he beats Usain Bolt. I look forward to seeing the race! #Rio2016 the tweet said.

The Athlete was quick to respond that he said no such thing. He tweeted, Lol hey sorry please when and where did I say this ?

Apparently the person who had tweeted it got the idea from a BBC Africa article which read; Nigeria’s fastest man, Seye Ogunlewe, has been bracing for the men’s 100 metres at the Rio Olympics, later this week. His ultimate goal is –almost certainly– to defeat the big favourite Usain Bolt and he’s allegedly said that he will “shock the world”. The BBC’s Ben James asked him to elaborate on that, but our colleague began by asking him what its takes to confront and possibly pip a sprinting legend at the post. 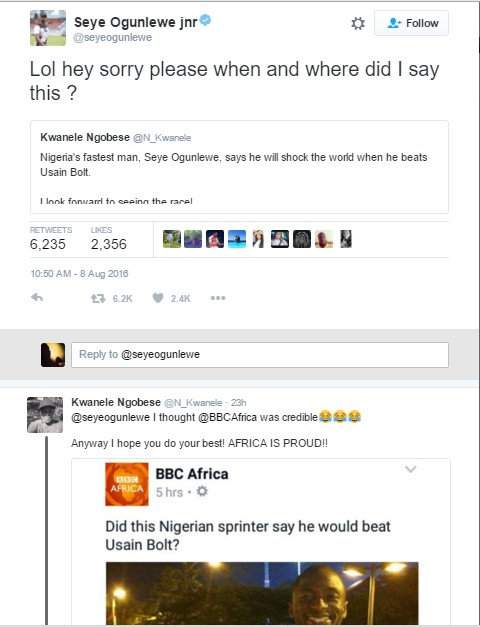 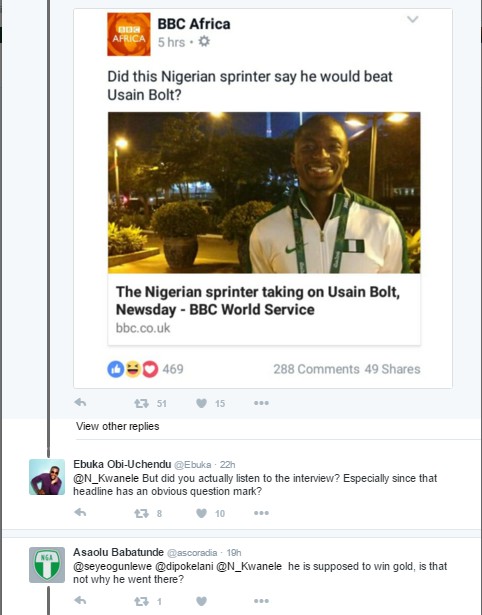 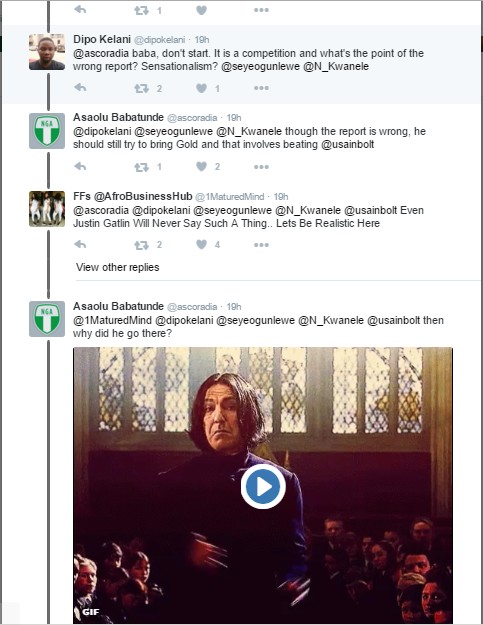 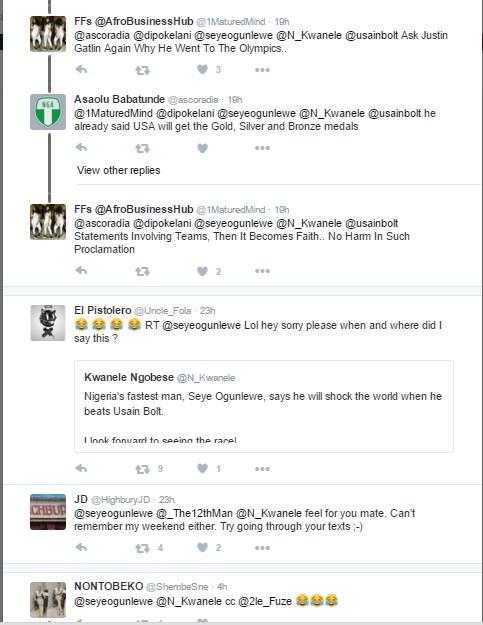 Disney+ releases trailer for ‘Rise’, Giannis and the Antetokounmpo family…