OAP Awazi took to her twitter page to reveal what really goes on inside Soundcity, a Lifestyle and music channel.

According to Awazi, she left Soundcity because they don’t pay their staffs salaries on time.

It all started when a twitter user, identified as Mary Colette, revealed that  SoundcityFM owes its staff months of salaries and when the staff went on a silent strike, the management sacked 3 to warn others. 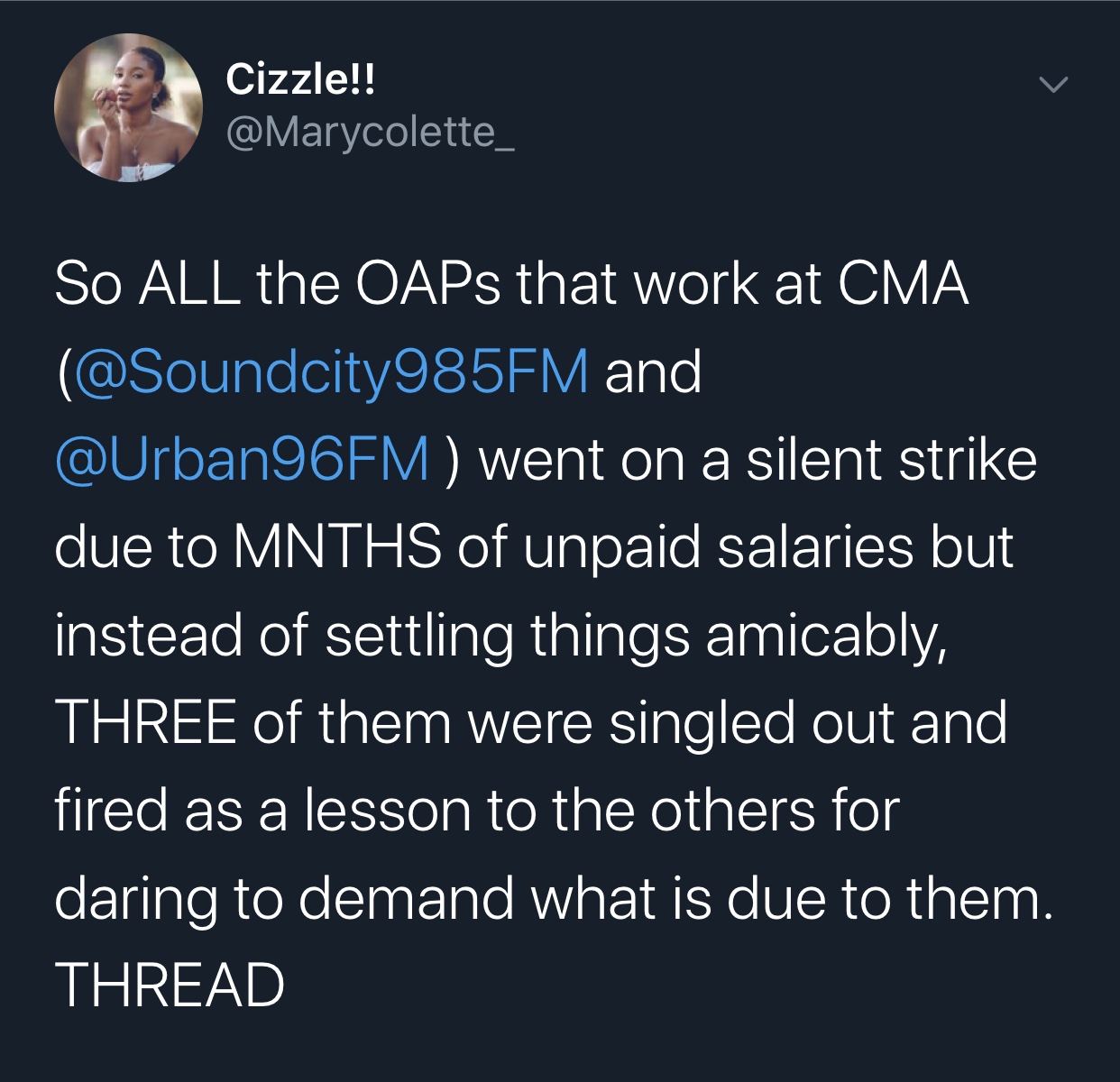 ”Lol this is not a joke Great platform aside Soundcity is easily the worst place I’ve ever worked in my life and this is taking unpaid internships into consideration The OAPs here are superheroes yet there constantly treated like shit.

“Burn the whole system to the fucking ground!”

She also wrote about the harsh working conditions and sexual harassment she experienced at the radio station. 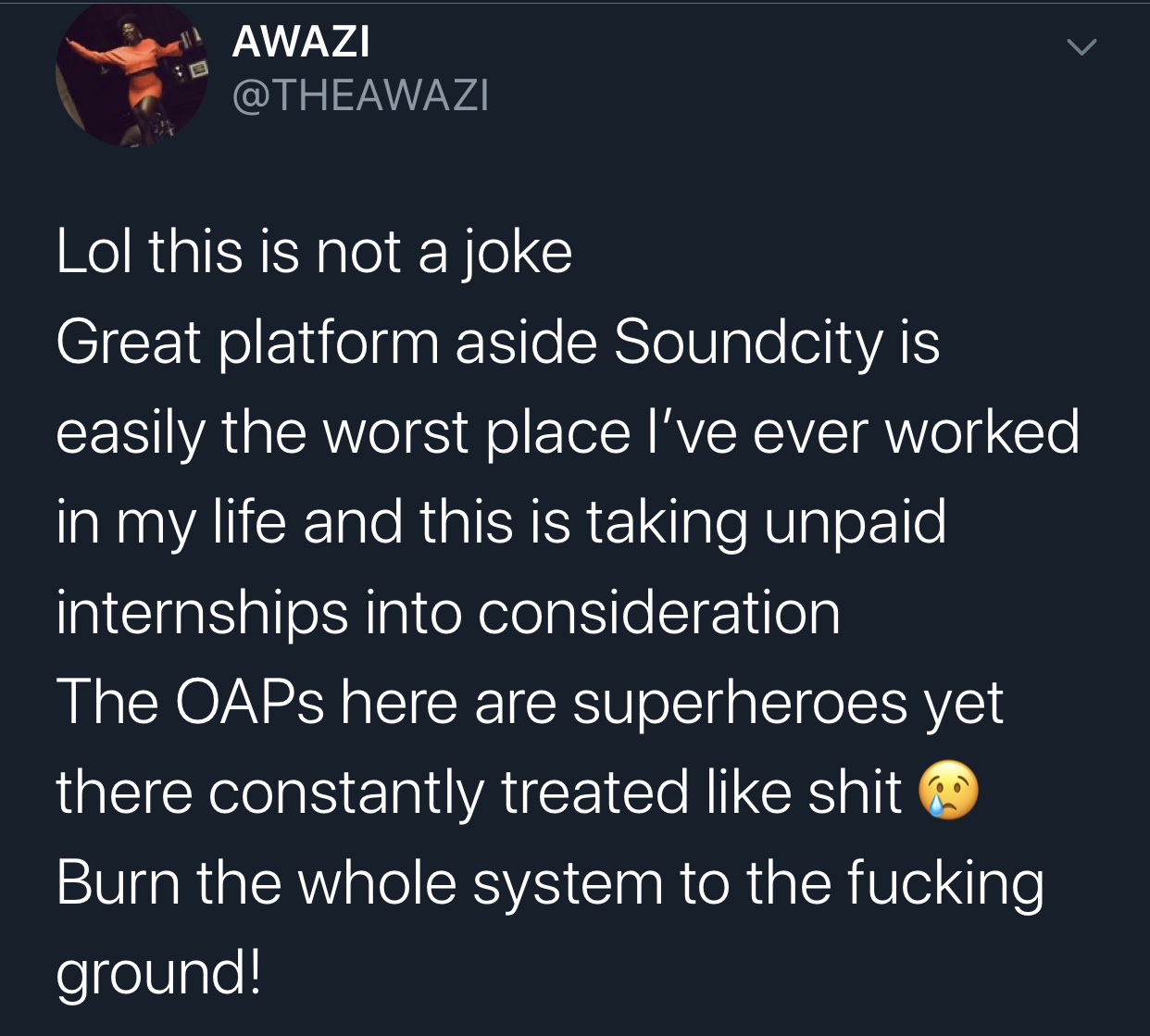 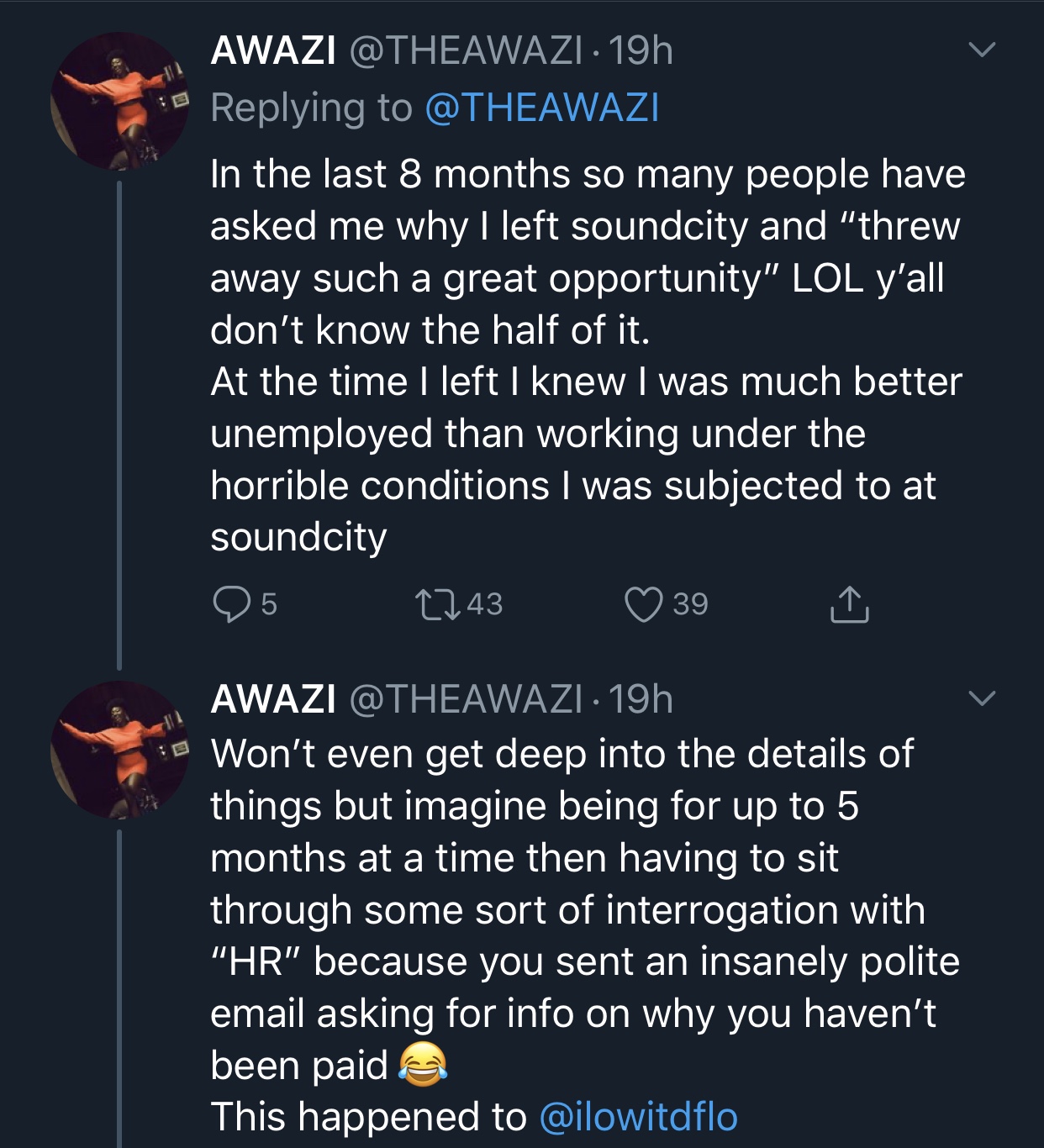 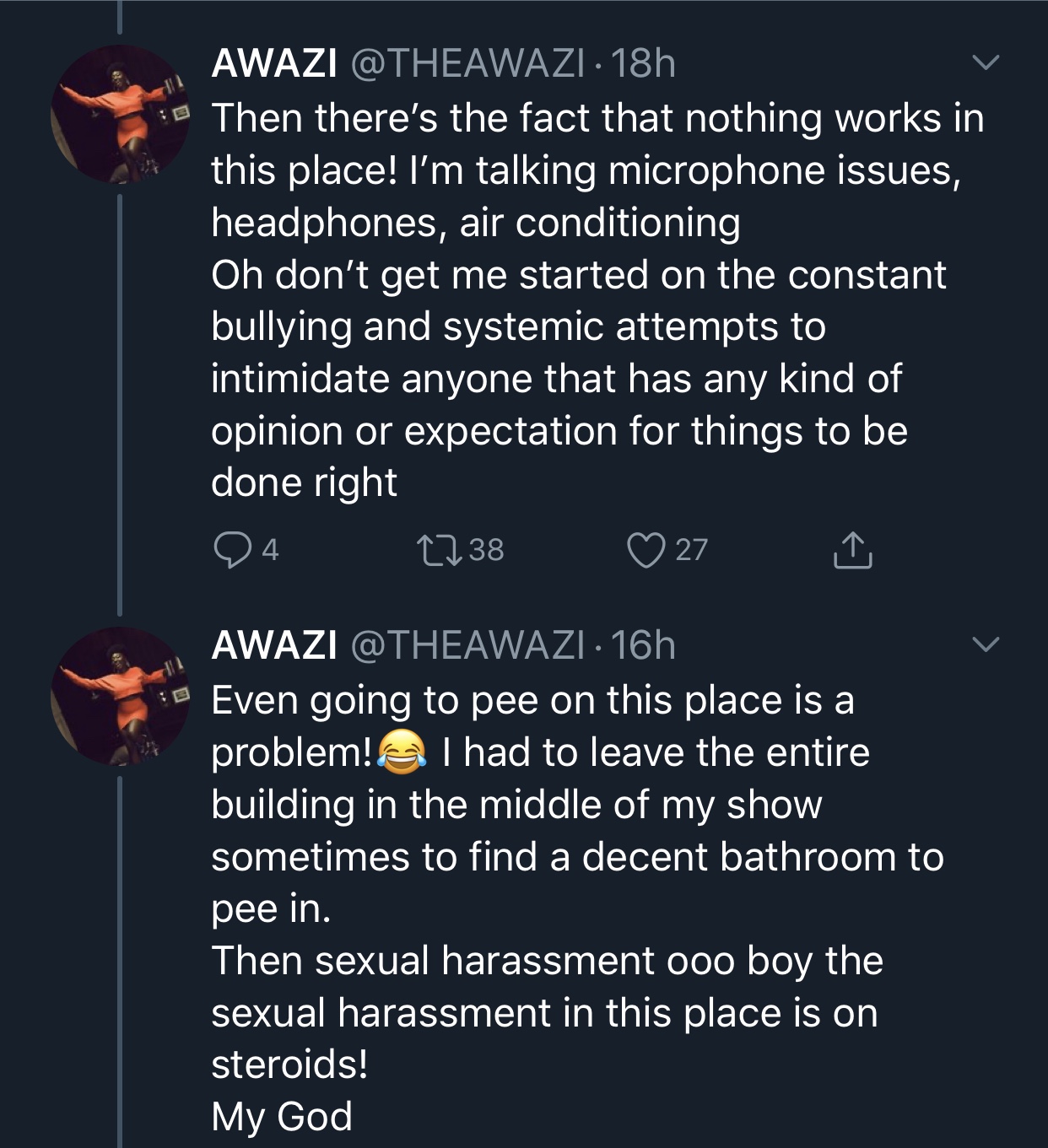 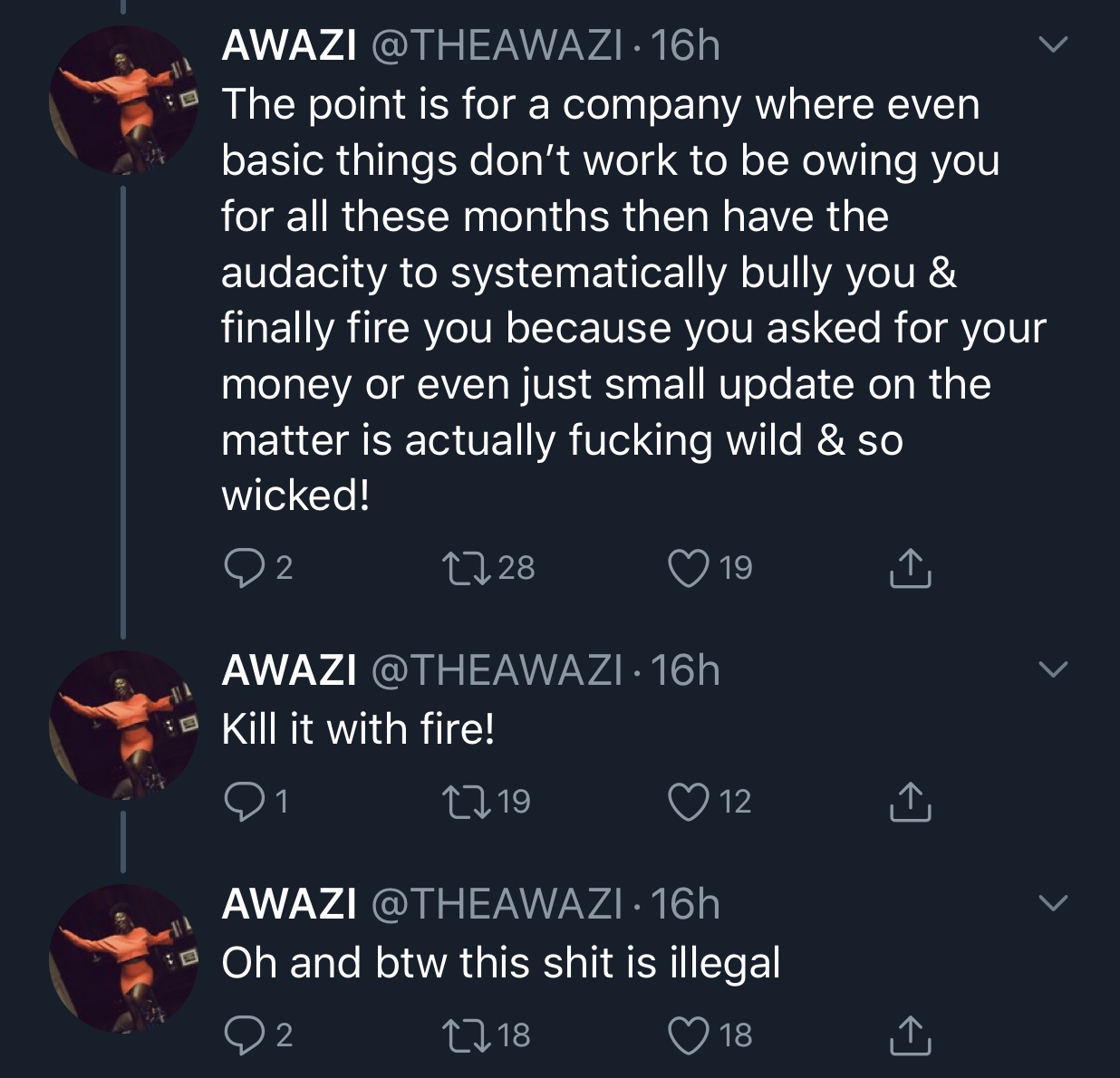 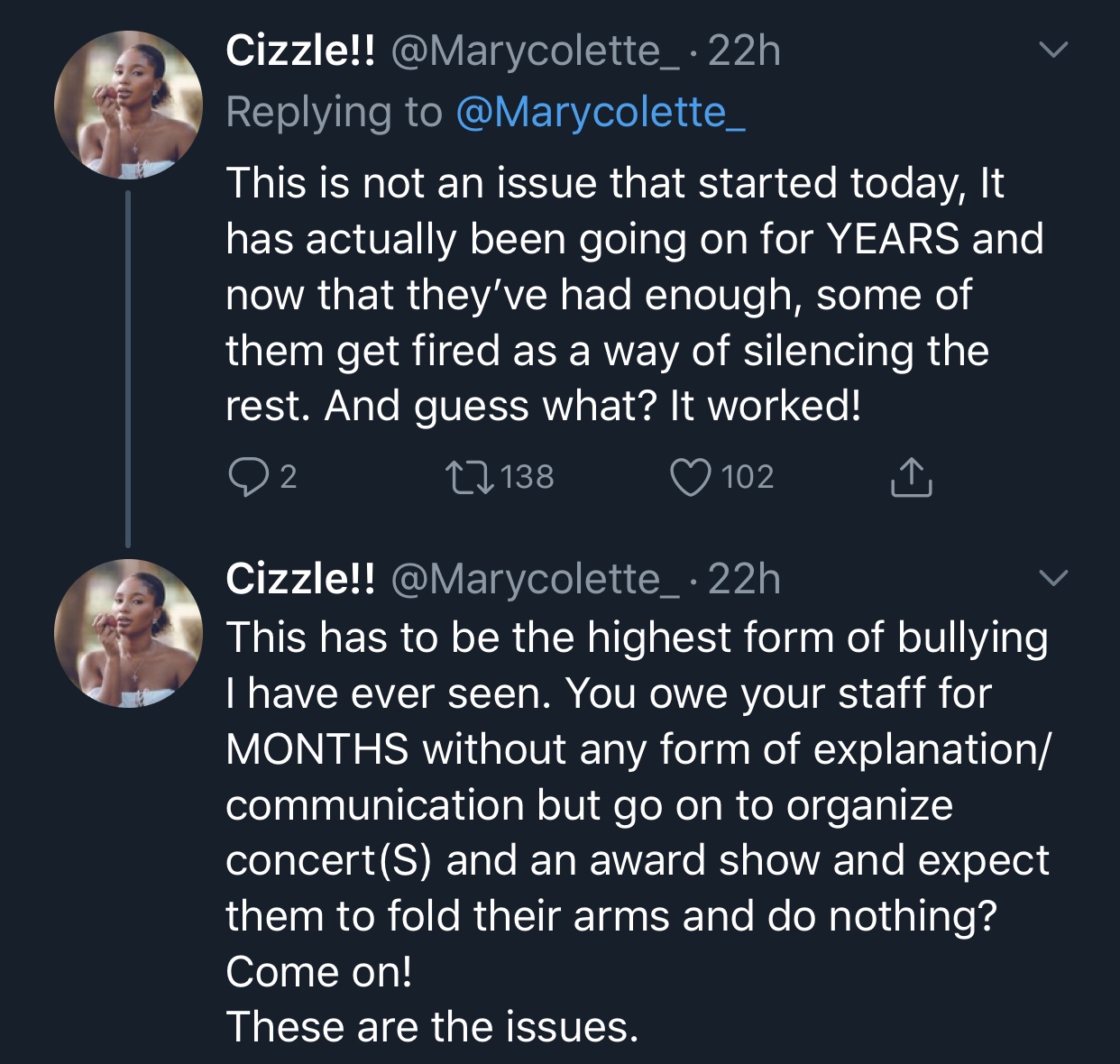 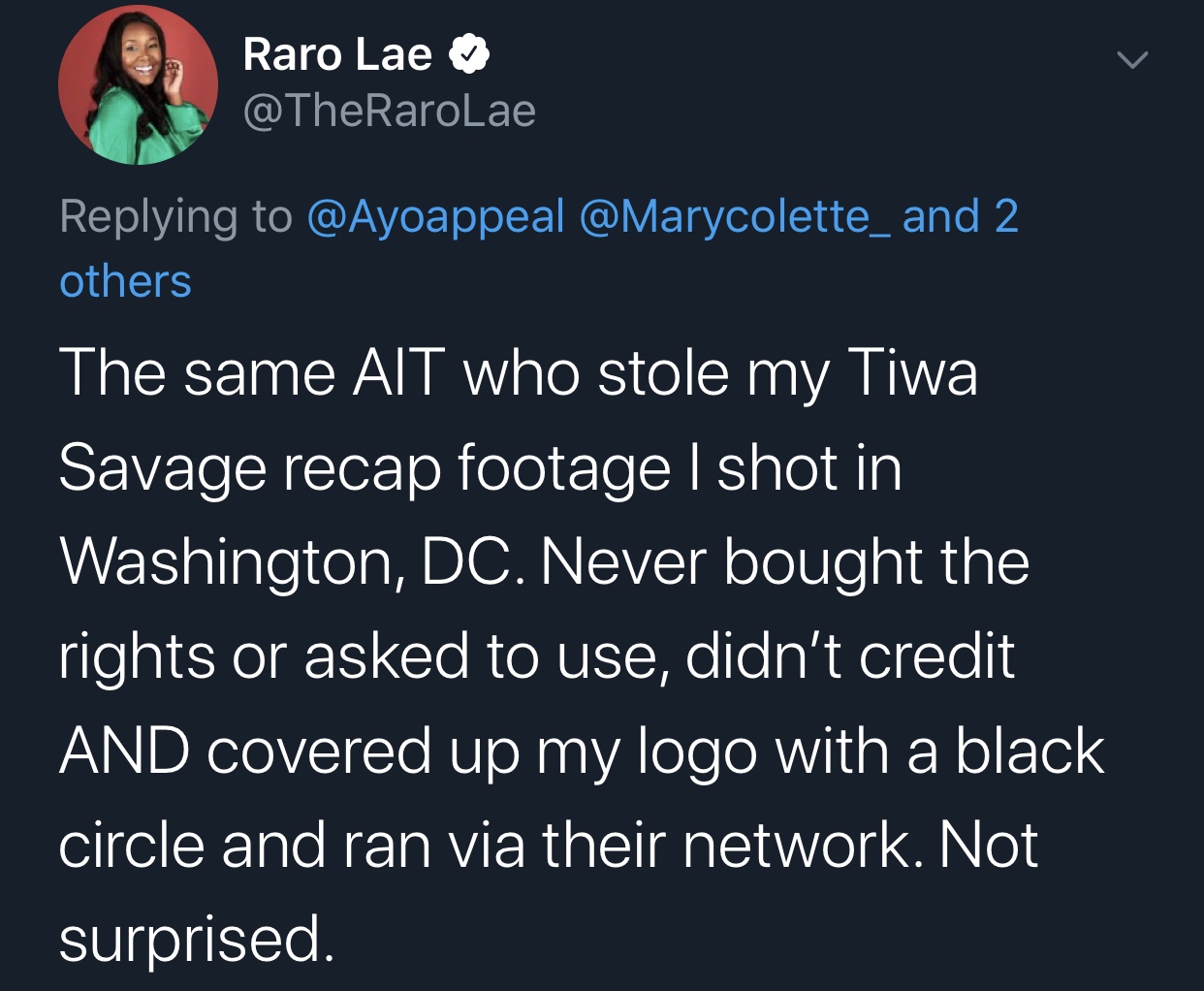