There have been themed weddings over time with fans being very connected to franchises and shows and all and wanting to show it to the world.

This one was a little bit more interesting as it was fashioned after the wildly popular horror show, ‘The Walking Dead’.

The premise of the show is simple; ‘The Walking Dead’ are zombies and there are survivors trying to survive in what looks like a post-apocalyptic wasteland.

The wedding was between NFL player DeAngelo Williams and wife Risalyn and it took place on the 23rd of July.

Williams put his ‘The Walking Dead’ themed trailer on Twitter to general applause at the sheer weirdness of it all.

Williams had professional makeup artists transform him and his wedding party into zombies.

According to ESPN, Williams wanted his love for the macabre to be present at his wedding and for everyone to have fun at the event. Luckily he didn’t have to convince his wife too much.

“He didn’t have to convince me,” she said while clad in her wedding gown and fake blood. “He really had to convince the bridesmaids, and then he said they had to do it because they’re bridesmaids.”

You can see photos from the wedding below. 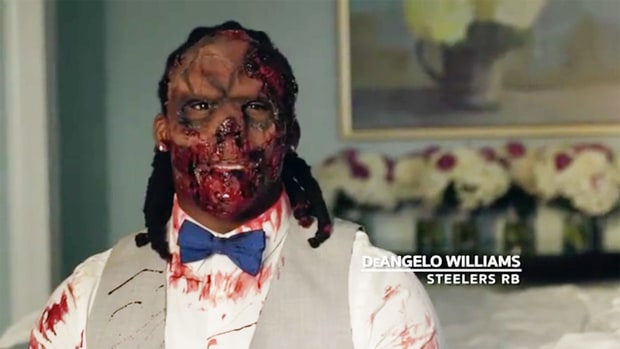 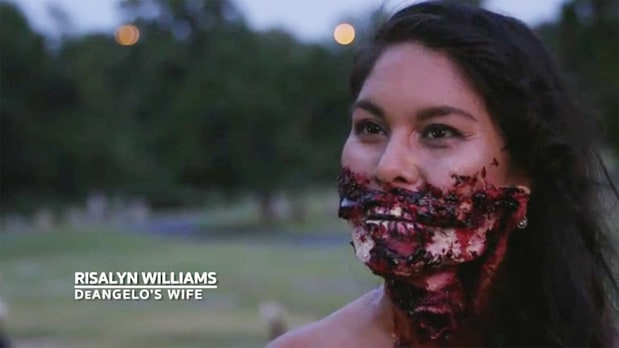 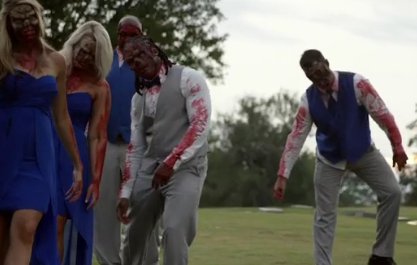 You'll enjoy this even if you're not a fan of @TheWalkingDead (and hey maybe they'll have me on the show now)…https://t.co/kMafweVH1q