Popular Lagos socialite and former manager of Auto Lounge Nite Club, Princewill Ojukwu, is accusing ace music producer Don Jazzy of sending thugs to beat him up, this is according to an exclusive report by Stella Dimoko Korkus.

Princewill is alleging in a petition to the IG of Police, that on Friday December 21st, Don Jazzy asked his thugs to ‘take his life’ after he and the music producer exchanged words at Jazzy’s night club, Pop, situated in Victoria Island.

Princewill claimed he was brutally beaten and stripped naked under the supervision of Don Jazzy and he suffered blunt force trauma to the eye, face and body. Sounds insane!

Princewill is also claiming that Don Jazzy sent a text to him some days back apologizing for the beating and asking for an account to send money for hospital bill but he says he’s not interested.

‘Its not about the money’ Ojukwu told Dimoko ‘this could happen to anyone, it is abuse of power and needs to be checked before someone is killed all in the name of the other being a celebrity. Don Jazzy stood there pinging on his blackberry as his thugs beat me up, that is the last thing I remember before I fainted….”

Weeks after the beating, Princewill says he cannot wear shoes, still walks around in pain and has constant migraine. He said he reported the case at the Bar Beach police station but no arrest was ever made.
His petition below: 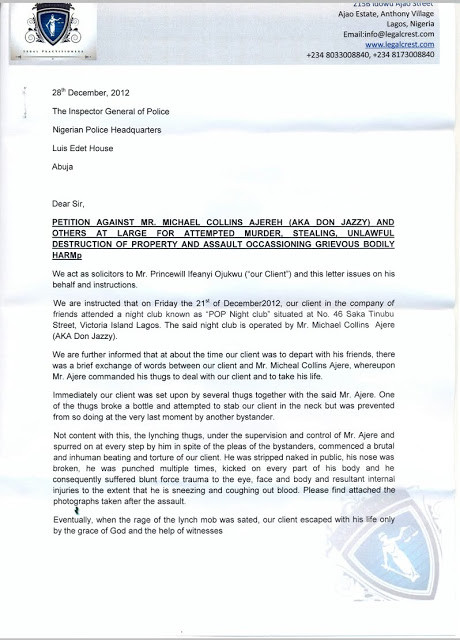 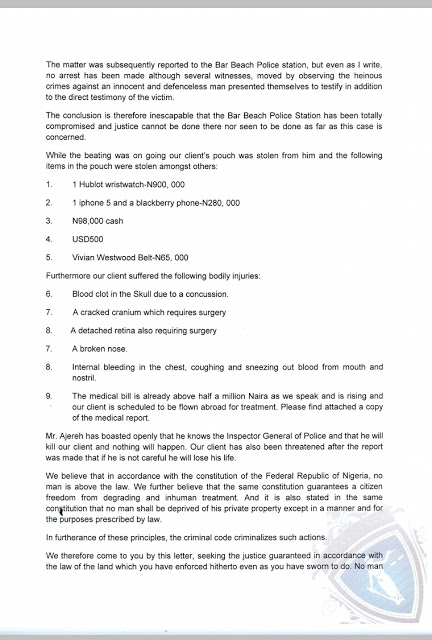 Finally A Cure For HIV?: UNIBEN Professor Says Edo Plant Is The Key