On Monday February 25, 2013, some students of the Nassarawa State University, Keffi were killed by armed men suspected to be soldiers.  The dead were some Nigerians including students who were on a public demonstration against continued lack of water in the town. No one knows how many people actually died.

While some newspapers say they were four, others say two while some others say three. The students imagine that more than six may have died. But no one can certify if all those who died were students. Again, no person can say who invited the assailants to deal with the demonstrators.

In short, it is exceedingly hard to obtain a factual version of what transpired, notwithstanding that Nigeria claims to have since 2011, joined the League of Nations with a freedom of information regime. We can only hazard a guess by first removing what seems unlikely.

It appears rational to assume from the beginning that the killers could not have been invited by the Vice Chancellor of the University. This is because the demonstration was not against the University. To start with, the primary constituency of the University, that is, the campus itself had water-the subject of the protest. 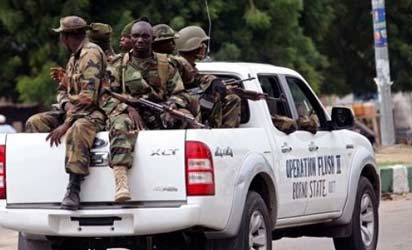 Those who did not have water were off-campus students and other persons living around the environs of the University. This explains why lectures and other activities were in progress unhindered at the start of the protest. There is indeed the story that when the Vice Chancellor learnt that some of his off-campus students were among persons who had become restive over incessant dry taps in Keffi town, he sought to ameliorate the situation by sending water tankers to provide them with water.

This was turned down by the demonstrators who, conscious of the temporary nature of tanker water supply, insisted on pipe-borne water by government. Thus, the protest was essentially against the state go
vernment.

University authorities in Nigeria are conversant with the delicate nature of students’ protests. For this reason, they call security agencies to quell students’ protests only as a last resort. This has been so since the memorable Kunle Adepeju riots at the University of Ibadan in 1971.

For instance, students of the Ebonyi State University have been protesting increases in their school fees since the beginning of this session without anyone unleashing killer-soldiers on them. It was only a few days back that the school was closed to avoid the lingering crisis from deteriorating into uncontrollable degree of violence.

This contrasts largely with the case of Keffi where within two hours of demonstration last Monday, armed men had gotten into it and killed people. Such use of fire-arms against citizens is despicable and could not have arisen from an invitation by anybody.

Rather, it looks more like a spontaneous reaction by an intemperate military force. It is in fact rumoured that the ‘soldiers’ were irked by the adverse effect which the protests had on movement on the highway.

Incidentally, being a hindrance to free flow of movement has for awhile become the hobby of security forces in Nigeria. Last Monday for example, when security personnel resorted to killing people in Keffi to clear the highway, their colleagues held-up for longer than makes sense, all travellers on Benin-Lokoja highway to enable the Minister of Works to inspect some construction sites along that route! Whereas such helplessness is avoidable, it is obviously unbearable when it gets to the level of killing people under the guise of clearing the highway as was done in Keffi last Monday

It is heart-warming however that many well-meaning Nigerians and notable organizations condemned the Keffi episode and in earnest called for a thorough investigation into the matter. The Nigerian Labour Congress, the Civil Liberties Organization of Nigeria and the National Association of Nigerian Students have all shown concern.

This column supports the call for investigation but for several reasons, allowing the Police to handle it does not sound right. First, when contacted by media men about the Keffi onslaught, the Police did not only deny their own involvement, they claimed not to know who killed the demonstrators.

Their spokesman, Michael Ada, allegedly referred the media to the Army. Second, whereas the Police could not identify who fired the killer-shots they were able to know those who allegedly threw stones hence they arrested and detained 30 students.

Third, more than 24 hours after the Police claimed to have begun investigation into the matter, none of the principal persons they claimed to be interrogating – that is, the Vice chancellor and his Management as well as the Student body – was aware of the investigation

We are therefore left to rely on the probe by the House of Representatives Committee on Army, Security and Police Affairs which is to turn in a report on the subject within two weeks. This column thus hopefully looks forward to the House for a job well done.

It is expected that all the relevant facts will be revealed when some questions such as the following are answered. How many people died in the Keffi protest of last Monday? Who were the deceased? Who killed them? Who invited the killers to the scene? If as is rumoured, the killers are Nigerian soldiers, who has right to deploy soldiers to such activities? Can soldiers act on their own in a case like that of the Keffi incident? Is a public protest an offence in Nigeria? Are soldiers empowered to kill public demonstrators?

Meanwhile, it appears tempting to revisit the suggestion in this column sometime ago on ‘prevention being better than cure’. These days, international best practices on democracy rely on citizens being treated as the subject rather than as objects of governance.

To attain this in Nigeria, we must halt the trend of allocating to a subject like “security” funds that are thirty times higher than what goes to subjects like “water”. Oh yes, if we reverse it and fund Water Resources better, we will avoid drought, prevent flooding and provide clean drinking water to our people. If on the other hand, we continue to spend more on security, insecurity will increase as there will be more arms to be indiscriminately used on thirsty and hungry Nigerians.