Tottenham to rival Arsenal in bid for Balotelli 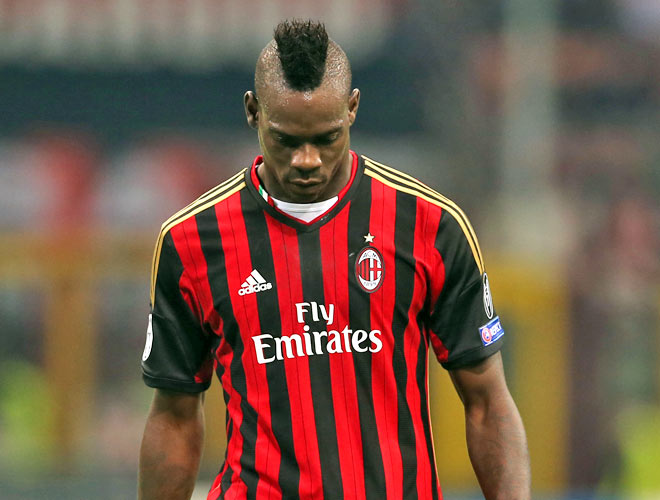 Tottenham could enter the race for AC Milan striker Mario Balotelli when the transfer window reopens in the summer, reports the Guardian.

Spurs bitter rivals Arsenal are also interested in the controversial striker, who has shone in Serie A since moving back to Italy from Manchester City in January 2013.

In that time, he’s scored 26 goals in 41 matches in all competitions, establishing his reputation as one of the most dangerous strikers in European football.

Spurs £26m forward Roberto Soldado has struggled badly since arriving from Valencia last summer, and only really have Emmanuel Adebayor as a top quality option up top right now.

Tottenham are apparently willing to offer flop Argentine Erik Lamela to Milan as part of a deal, which could swing the chances of getting Balotelli in their favour.

The striker himself though might be more willing to move to the Emirates, as Spurs are unlikely to be playing Champions League football next season – as they currently sit six points behind fourth placed Liverpool.