Recall Twitter rival , Facebook through his CEO, Mark Zuckerberg recently dispelled rumours of ruling out Political ads on his app while giving a speech at Georgetown University, Washington DC sometimes this month.

Many believe the social app CEO made this decision  because of the forhcoming 2020 United States Presidential elections. He knows the app is a powerful tool of power used by Politicians to influence voters

The Twitter CEO made this known in a thread of tweets in his handle @jack.

We’ve made the decision to stop all political advertising on Twitter globally. We believe political message reach should be earned, not bought. Why? A few reasons…

A political message earns reach when people decide to follow an account or retweet. Paying for reach removes that decision, forcing highly optimized and targeted political messages on people. We believe this decision should not be compromised by money.

While internet advertising is incredibly powerful and very effective for commercial advertisers, that power brings significant risks to politics, where it can be used to influence votes to affect the lives of millions.

Mixed reactions have trailed this news while some Internet users applauded Dorsey, others have condemned him saying Dorsey’s decision saying it is a right step in the wrong direction. 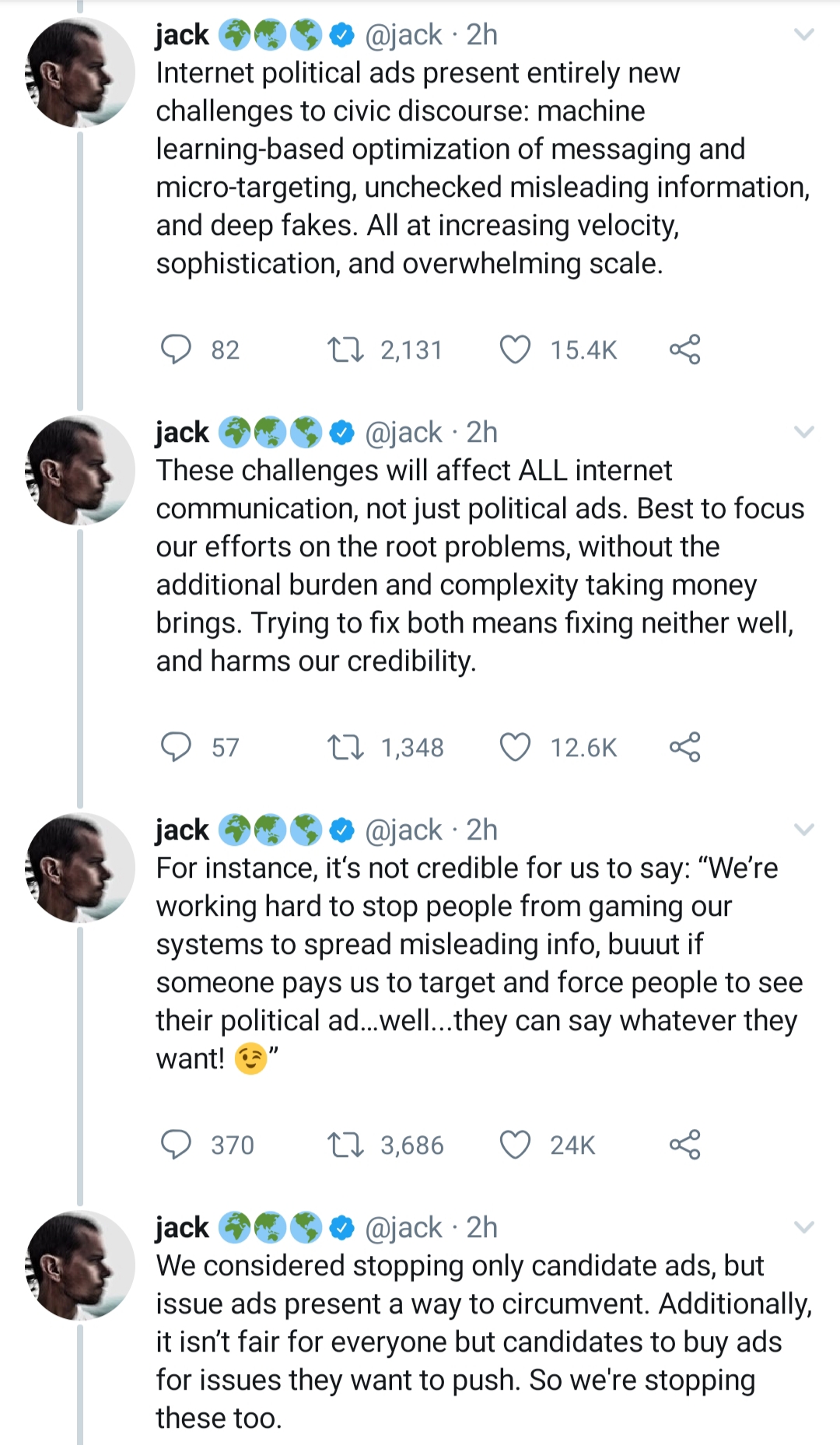 I have no plans to join politics – Sanusi

“This was not what Kwarans bargained for” – Thousands set fire to…

Kidnapping of Kebbi students was promise kept by bandits – Lawmaker