Nigerian singer and celebrity photographer, TY Bello has released some photos of the former president of the country, Olusegun Obasanjo as part of his 80th birthday celebration.

Recall that Obasanjo who celebrated his birthday some days ago had in an interview held at his Hilltop house in Abeokuta admitted that he does not really know his age.

The former president ho attributed the fact that he does not know his real age to his parents’ illiteracy added that he was born on a market day.

He further revealed that it took a while before he could bring his mother to described happenings around his birth day for him to draw conclusion on his age.

See photos released below by the photographer who brought Olajumoke, the bread seller turned model to stardom. 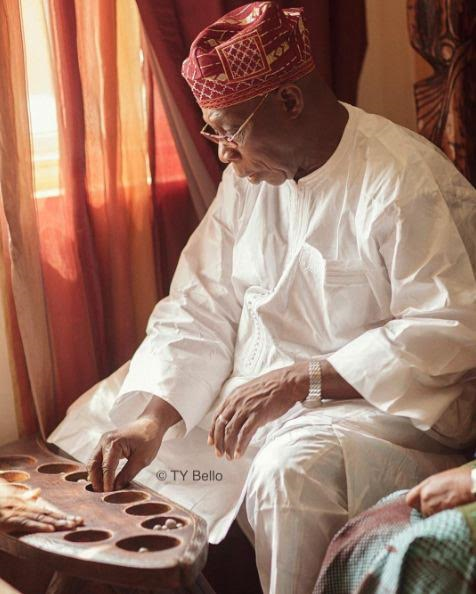