Tyler Perry has reportedly donated $100,000 towards the legal defense of Kenneth Walker, the boyfriend of Breonna Taylor.

Breonna, 26, was shot and killed in her own apartment by Louisville police officers during a failed raid back in March.

Kenneth had been there on the night of Breonna’s death, and had to suffer the horror of seeing her die before his eyes.

However, one of the police officers who was present at the scene is suing Kenneth for assault and ’emotional distress’.

According to TMZ, Tyler Perry donated a whopping sum of $100,000 to Ken’s legal defense fund that was recently started on GoFundMe. 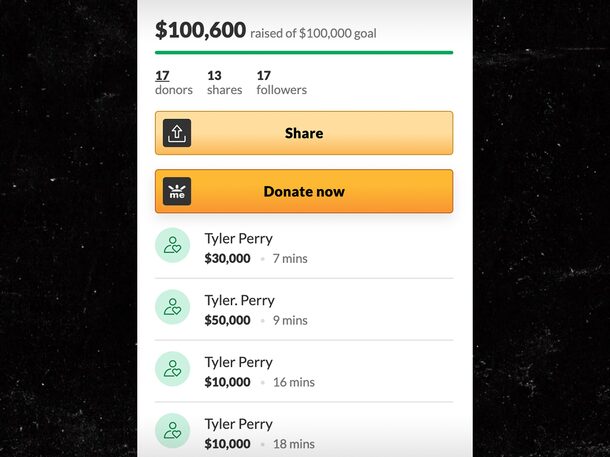 Meanwhile, American rapper, Offset says he will not accept the COVID-19 vaccine despite former President Barack Obama offering to take it on camera to show it is safe.

The Migos rapper said he just does not trust the vaccine, a sentiment shared by 14 percent of the Black population in America.

Cardi B’s husband spoke in a short video interview with TMZ shared on Youtube, as the authorities set to begin distributing the first set of vaccines to the populace.

Offset alluded to a photo circulating online which showed people with a distorted face after allegedly participating in COVID-19 vaccine trial. They were said to have suffered from Bell’s Palsy, a condition characterised by muscle weakness that causes one half of the face to droop.