Nicki Minaj and Kylie Jenner almost had a run in at the VMAs, but the makeup mogul stopped in her tracks and turned the other way

Apparently, this was because Minaj had accused Jenner of using her popularity to boost her baby daddy, Travis Scott’s album ‘Astro World’ which was number one on the Billboard 200  which was then followed by Nicki Minaj’s ‘Queen’

Kylie was walking on the red carpet and on seeing Nicki, she stopped and turned around clearly uncomfortable with seeing the rapper.

Nicki Minaj had come for Kylie and her beau Travis Scott stating that his number one spot on the Billboard 200 was artificial.

She tweeted:  ‘I put my blood sweat & tears in writing a dope album only for Travis Scott to have Kylie Jenner post a tour pass telling ppl to come see her & Stormi. lol. Im actually laughing.’

She also spoke about the changing shape of the music business, ‘My first album sold 400K. No one is doing that with debut albums now … I looked at the numbers the Carters, Kanye, Nas, etc recently did.’ 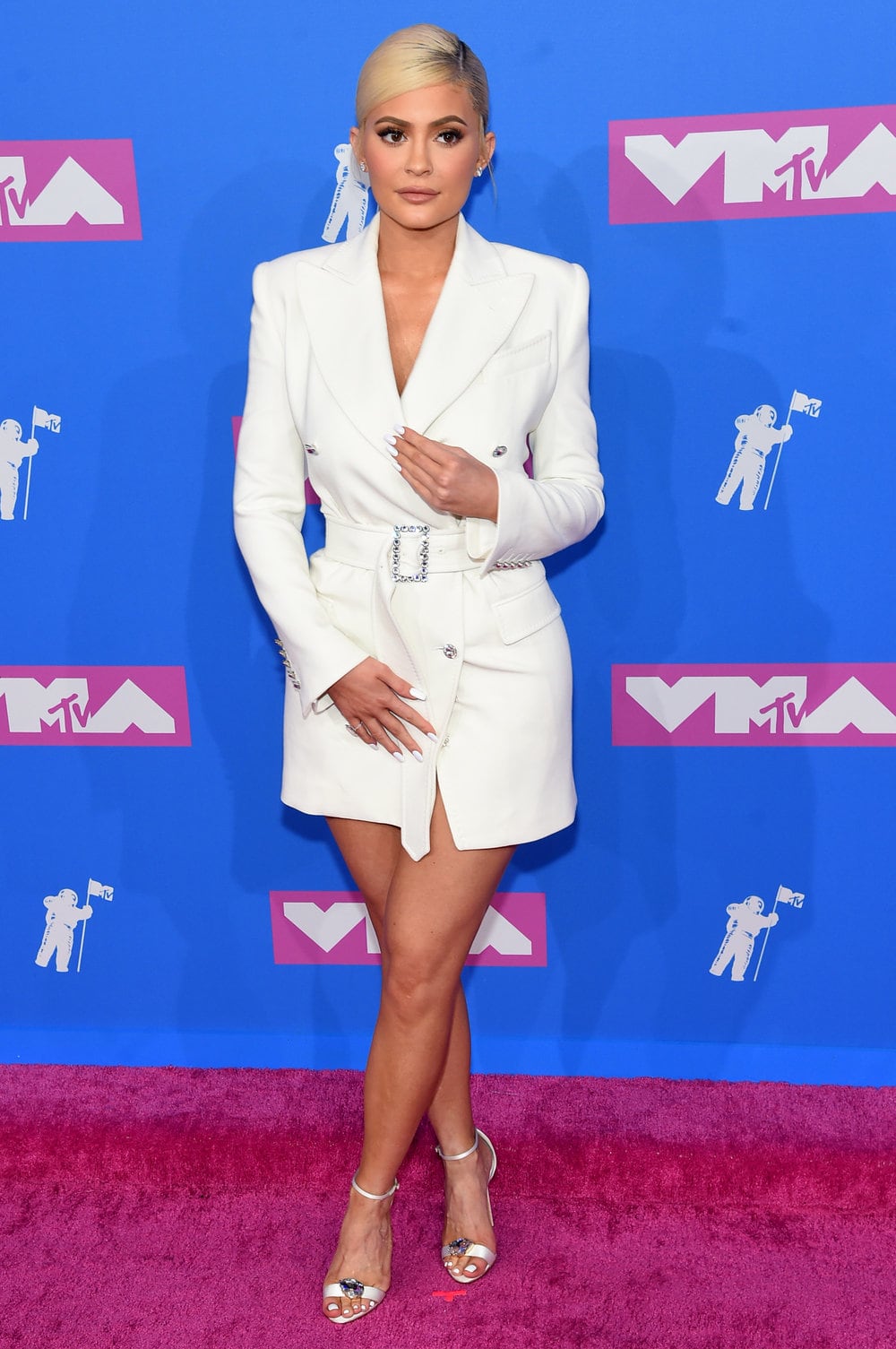 Nicki also pointed out that Travis Scott’s fashion business also dabbled with the numbers and that it was something Billboard would address soon. 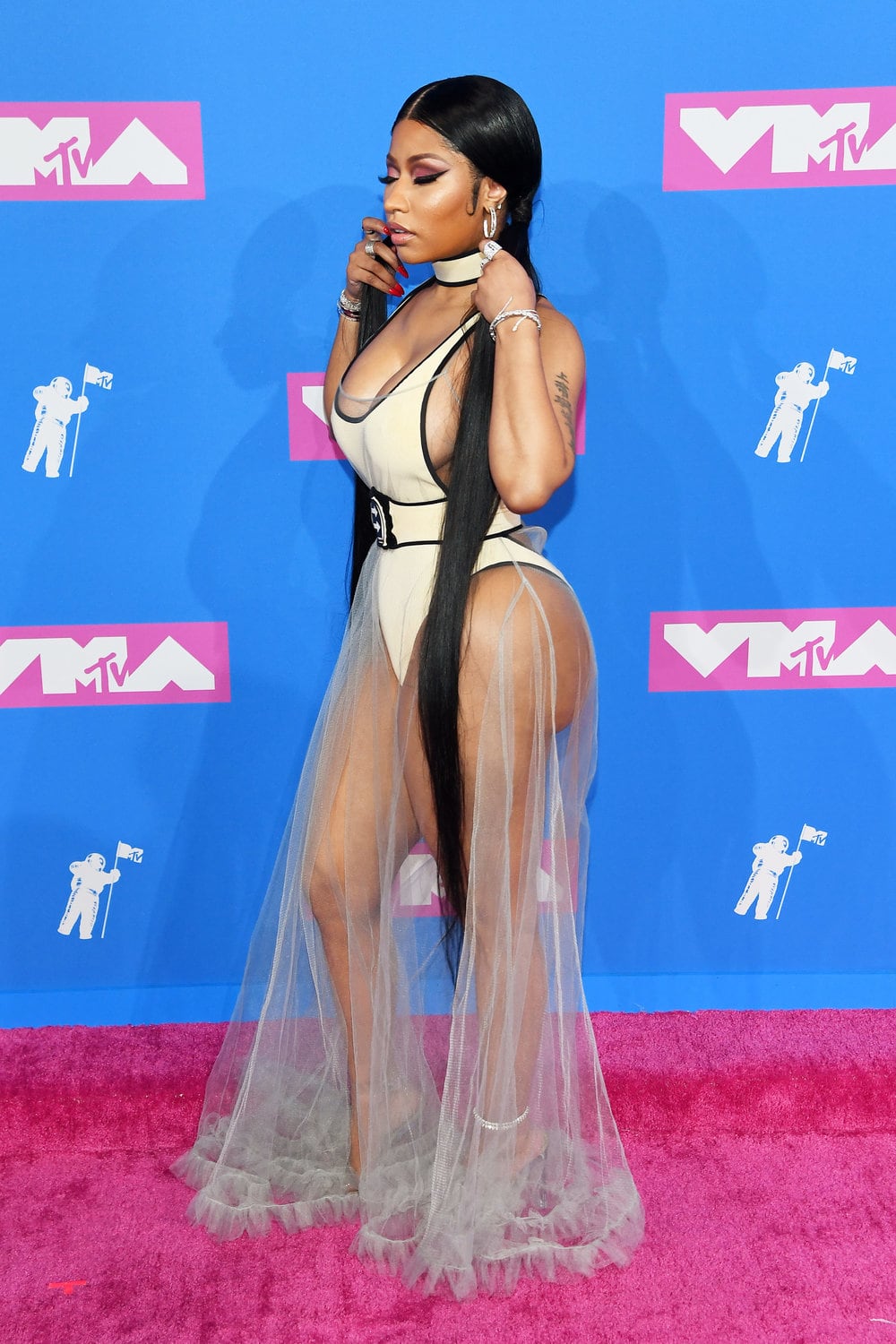 ‘Travis sold 200K in his first week of clothes alone,’ she wrote. ‘I spoke to him last night & he said he’s been selling clothes b4 the music.

‘Billboard says they’ll change the rules cuz of this, so it should be changed now!’ she said 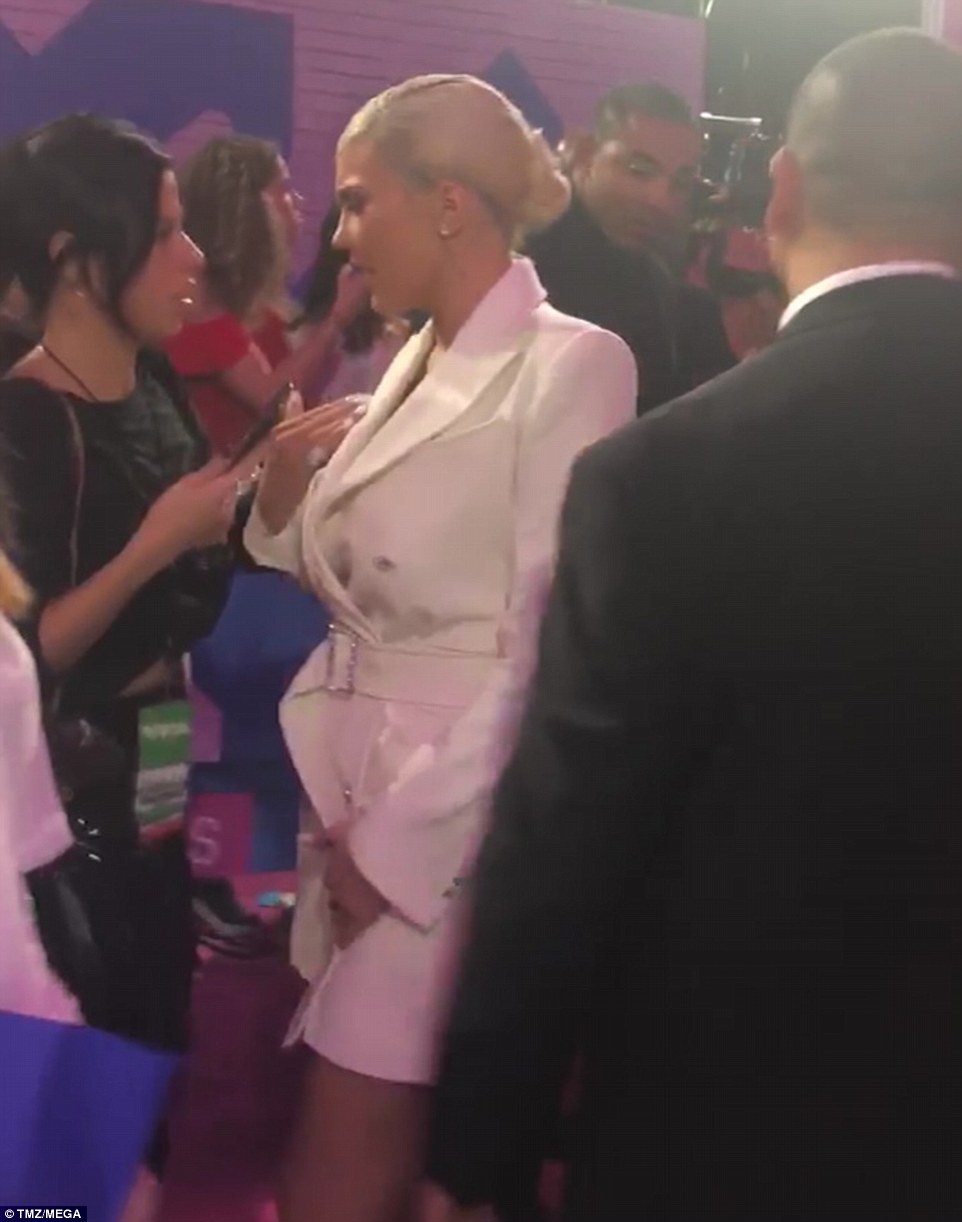 Nicki Minaj was also critical of Spotify whom she said punitively punished her for playing cuts from Queen Radio on Beats 1 on Apple Music: ‘Spotify put drake’s face on every playlist but told me they’d have to teach me a lesson for playing my music 10 mins early on #QueenRadio. 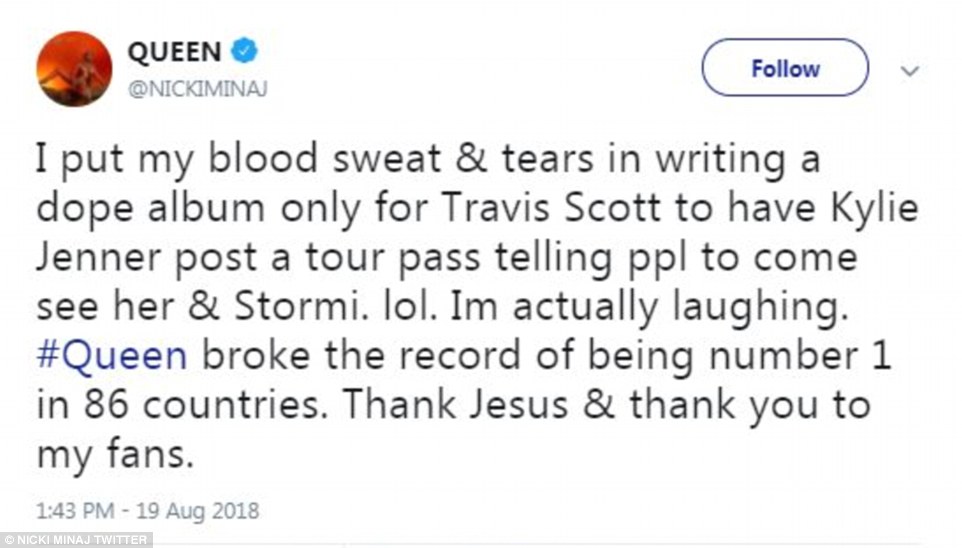 ‘Even tho they’ve been giving away my music for free for years & I am one of the top Spotify artists of all time.’ 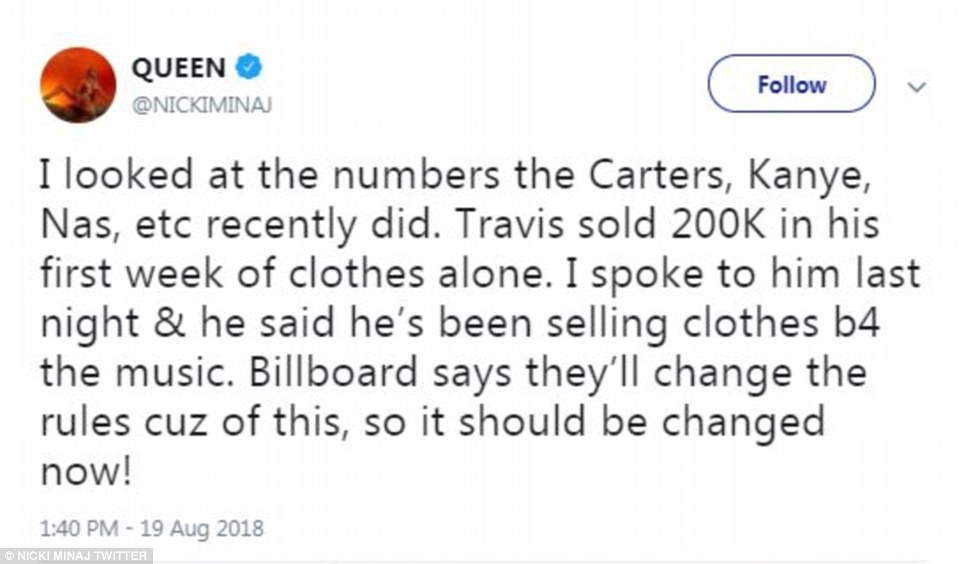 Ben Affleck Goes Back to Rehab After Drinking Relapse