By Owolabi Oluwasegun Last updated May 13, 2017

Nigerian music star, Peter Okoye, a member of the Psquare music group took his love for the Chelsea Football Club to the team’s home in London yesterday to watch the title match between Chelsea and West Bromwich Albions.

The singer, a die-hard Chelsea FC fan flew in to U.K to watch the match considered to be a title deciding factor for the London club.

Peter flew in from London to Birmingham to watch the match and also shared with his fans photos and videos from his trip. 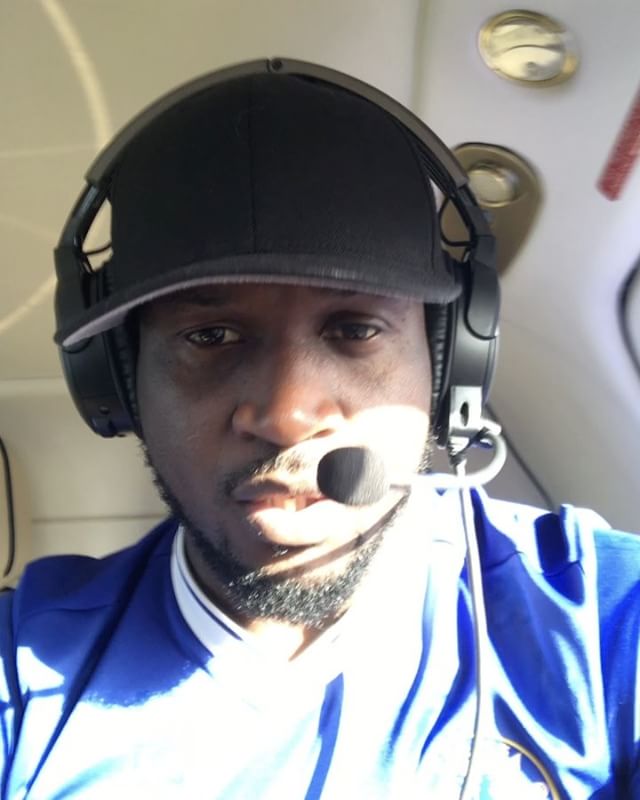 He wrote on his social media page: “Due to traffic we decided to use the helicopter to the game between Westbrom Vs Chelsea ?… and that’s how we roll???? let’s go because it’s Chelsea’s Night ???”

Reporting live from london to Birmingham….. on our way to da game. #upBlues #Upchelsea 💙💙💙💙Westbrom we r coming do you👍🏾🏆🚁🚁🚁🚁🚁🚁

Video: Chibok Girls Surface In New Boko Haram Video Armed With AK-47, Explain Why They Refused To Be Freed

Shiites, IMN Stage Another Protest For The Release of El Zakzaky