A Facebook user took to his social media platform to share a chat between him and a Nigerian lady, who claimed her husband -to-be jilted her and went ahead to marry another lady from his village while planning their introduction.

The lady said she was in shock when she found out about the wedding and in anger, sent a video recording of her and the man having sex to his new wife just to spite her.

The screenshot which was shared by Innocent Tino on facebook, also revealed that the man later came back begging to remain in the lady’s life as just a boyfriend to which she declined.

Innocent went on to advise the lady to move ahead with her life instead of playing the revenge game.

Read the chat below: 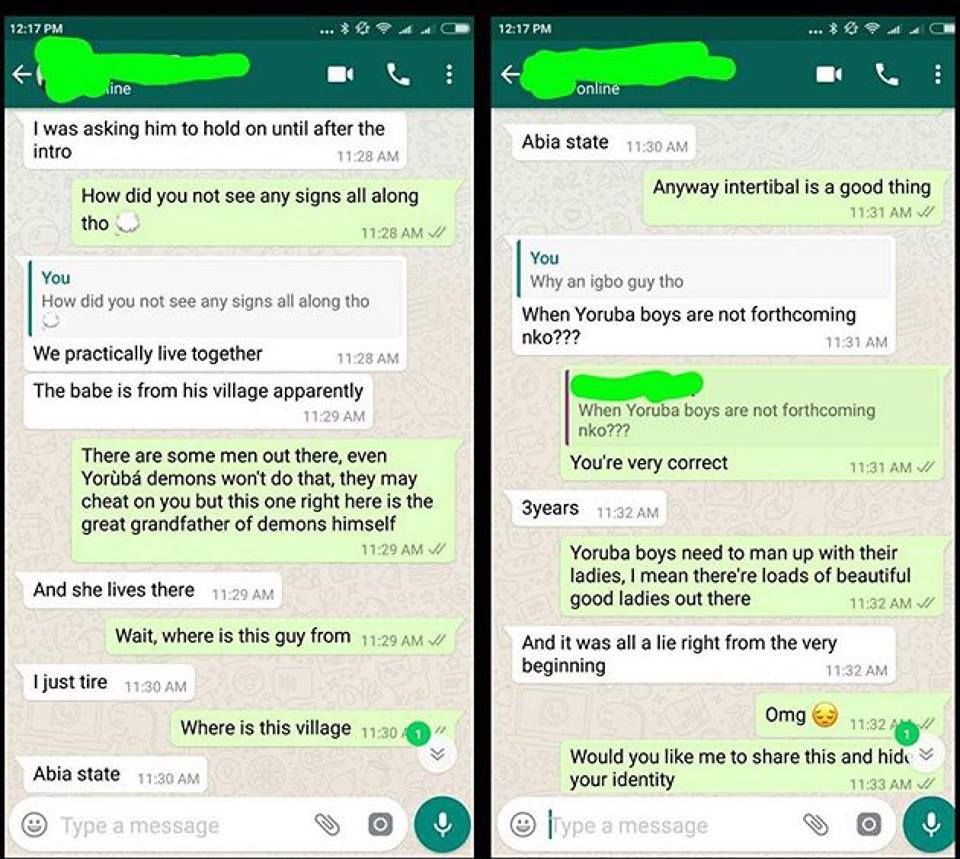 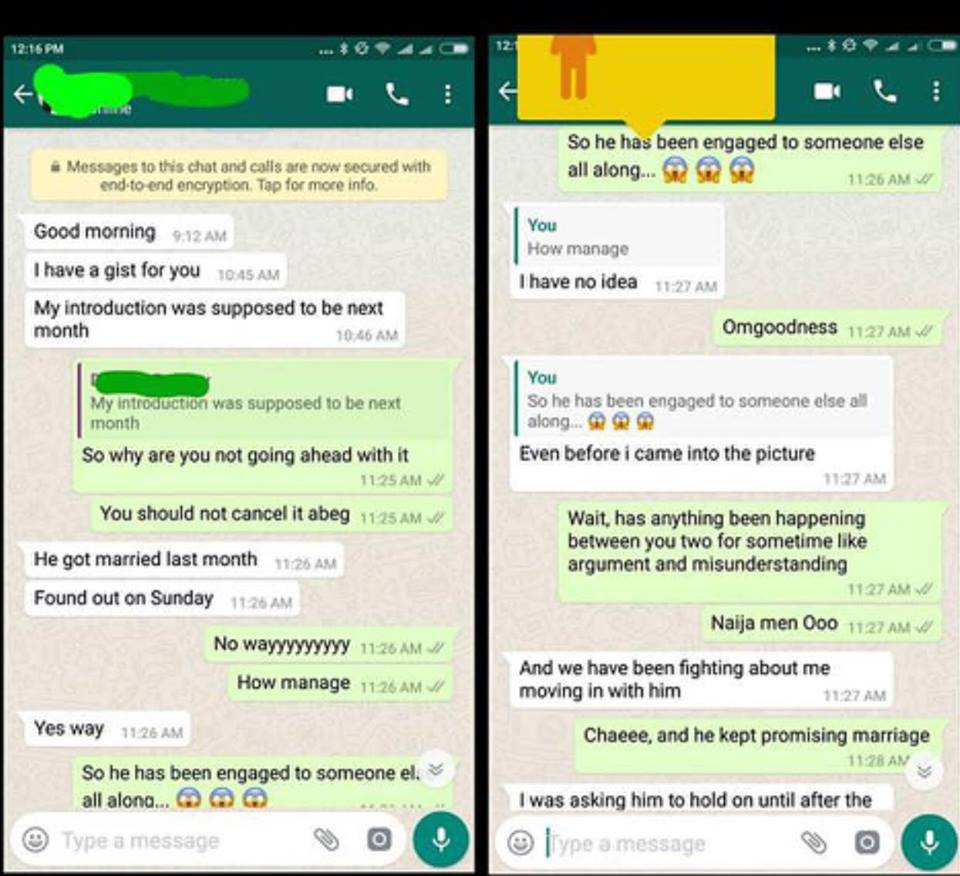 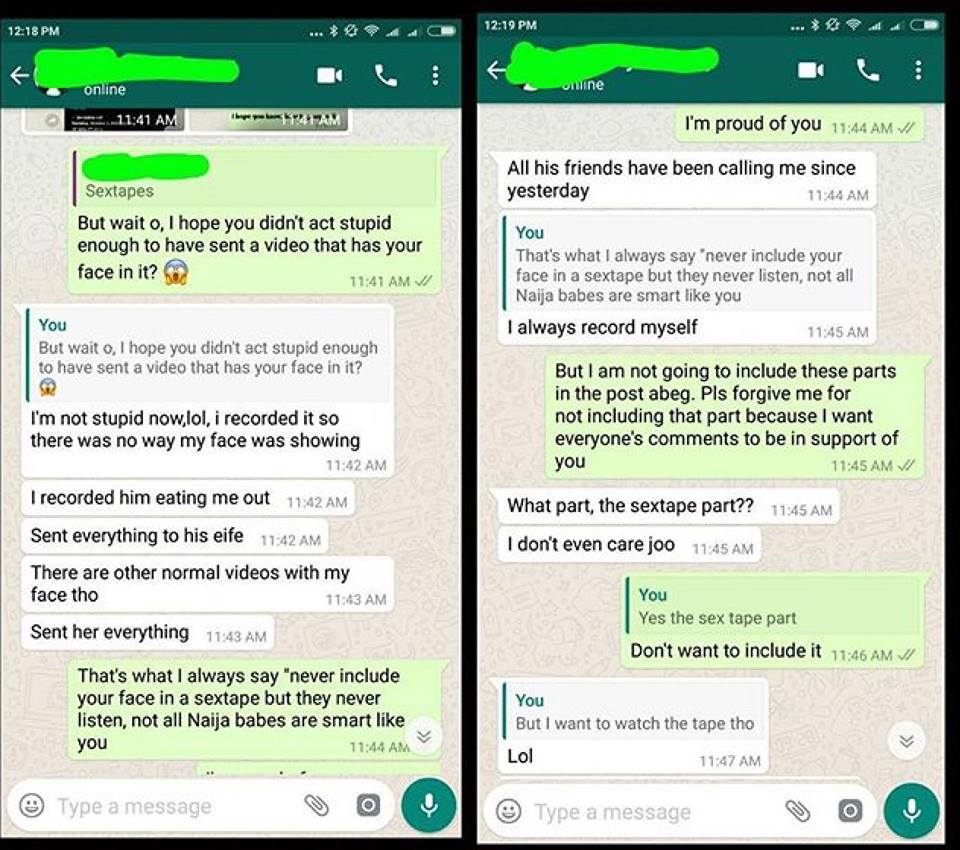 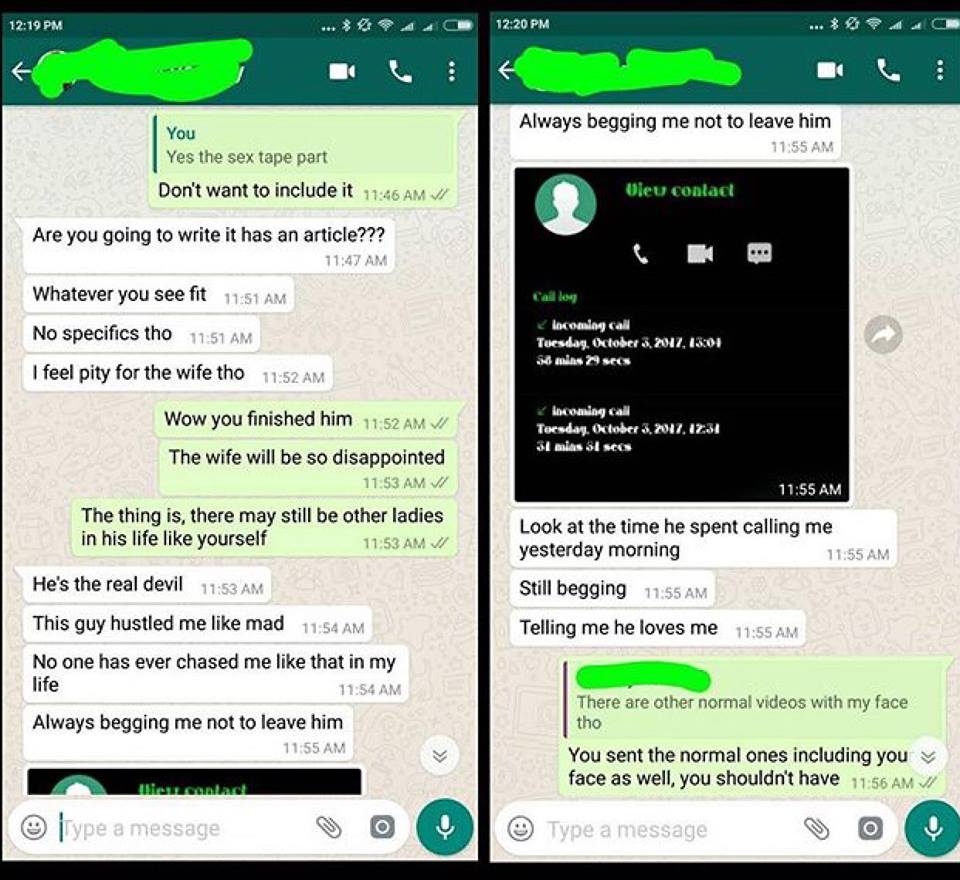 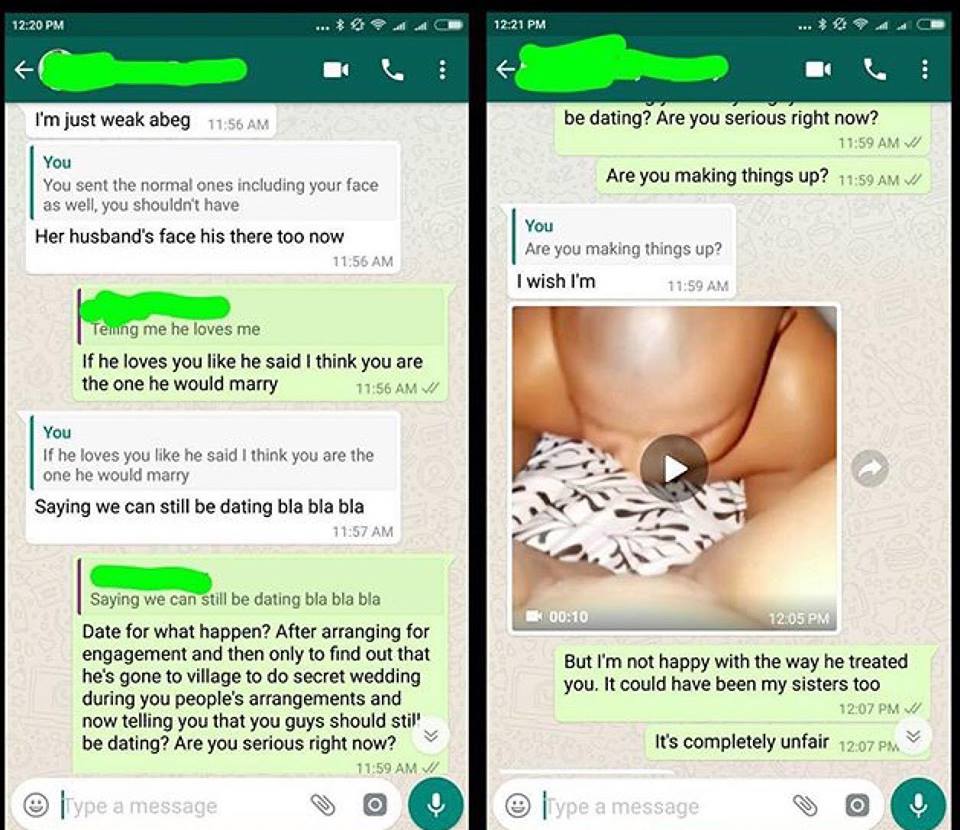 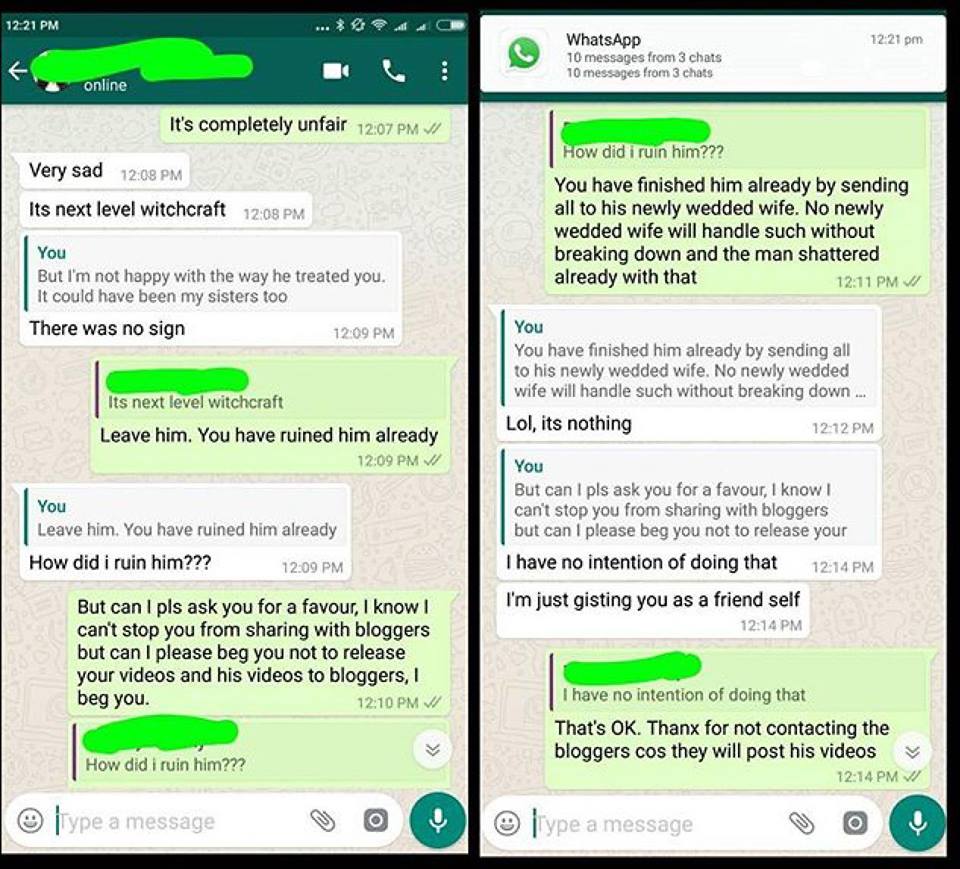 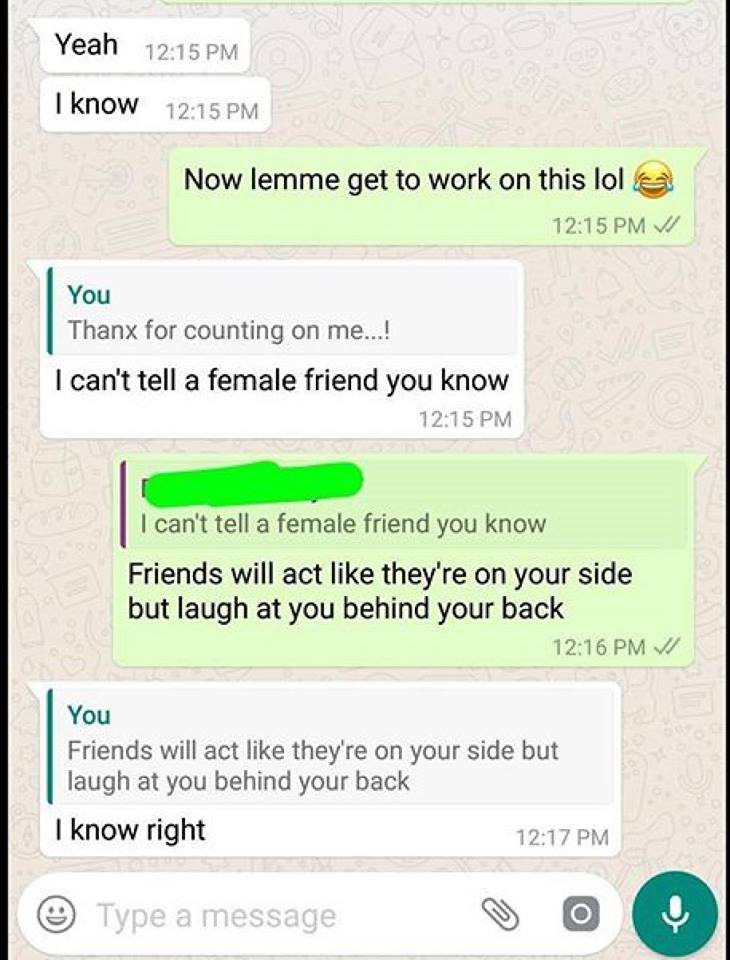 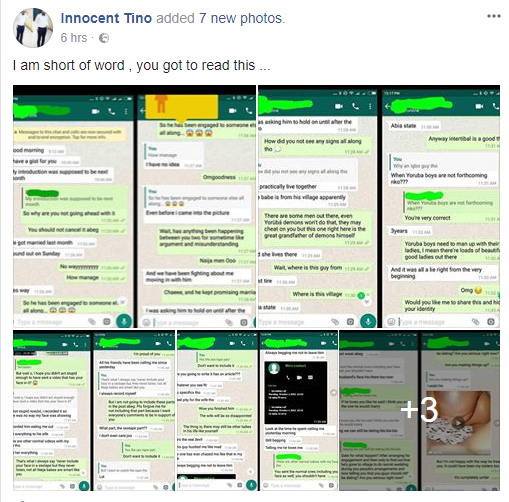 Kachikwu is nothing but a proverbial “house nigger” -FFK