A boat carrying Immigrants capsized today of the coast of Egypt killing at least 29 people and a total of 150 rescued.

Search and Rescue teams were looking for more survivors following the tragedy which took place off the Mediterranean port city of Rosetta. This comes a month after the European Union’s border agency Frontex warned that growing increase of migrants were stopping over at Egypt due to perilous sea journey.

Smugglers have been known to overload boats, some of them hardly sea worthy with passengers who have paid for passage.

The total number of people aboard the boat is not clear but hospitals were being prepared to receive more casualties said the Health Ministry. 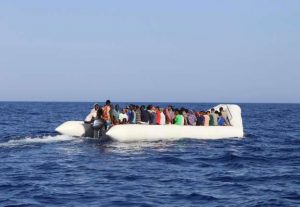 Kim Kardashian, Paris Hilton, Check Out 10 Hot Women C.Ronaldo Has been With